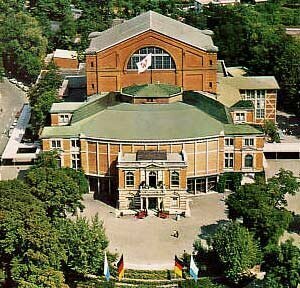 Hoping to gain financial independence, Richard Wagner was eager to establish an annual music festival that would realize his particular vision of music and theatre. Initially he contemplated Munich, but his extravagant and scandalous behavior in that city caused him to be expelled by his benefactor, King Ludwig II of Bavaria. He also considered locating the festival in the city of Nuremberg, but eventually his choice fell on Bayreuth. And it turned out to be a good choice, as Bayreuth already had an opera house. In addition, it soon became clear that a Wagner Festival would be the only cultural game in town and dominate the entire cultural landscape.

Everything was in place to turn Bayreuth into a pilgrimage destination; however, Wagner once again had severe trouble raising the funds to get the festival off the ground. In 1871 and 1873 the German Chancellor Otto von Bismarck rejected Wagner’s financial plea, and various Wagner Societies desperately tried to generate subscription income. In the end, Wagner had to beg for money from Ludwig II, who very reluctantly agreed to help. Eventually, the Bayreuth Festival officially opened its doors on 13 August 1876. 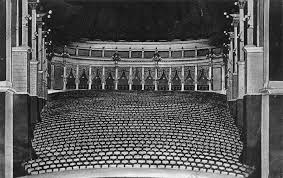 The first Bayreuth Festival was an artistic success, but financially it had predictably been a disaster. As such, the second Bayreuth Festival only took place in 1882, and it featured the premiere of Parsifal on 26 July. Wagner’s last completed opera, the work took advantage of the particular acoustics of his Bayreuth Festspielhaus. Always protective of his artistic children, Wagner set up strict copyright regulations that forbade the staging of Parsifal anywhere other than in Bayreuth. 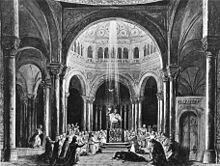 As such, first concert performances were given in London in 1884, New York in 1886, and Amsterdam in 1896. In December 1903 the Bayreuth authorities received a court ruling that performances in the Unites States could not be prevented. As such, the New York Met staged the complete opera using many Bayreuth-trained singers on 24 December. True to form, Cosima Wagner made sure that anyone involved in the New York production would never work in Bayreuth again!