Composers Anecdotes
Composers of the Zodiac
The Tropic of Virgo
by Georg Predota August 23rd, 2020 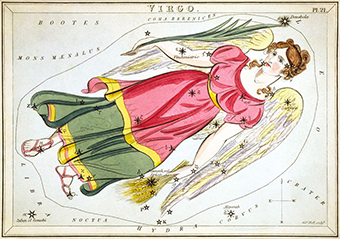 “Virgo”, plate 21 in Urania’s Mirror, a set of celestial cards accompanied by
A familiar treatise on astronomy… by Jehoshaphat Aspin

In Greek mythology, Virgo is the Goddess of Innocence and Purity, called Astraea. She was the daughter of the Titan Astraeus, the god of dusk, and Eos, the goddess of dawn. She lived on earth alongside humans during the Golden Age of Man, but when Pandora opened the forbidden box, the plagues of hate, envy, and sickness seeped out into the world. One by one the gods found earth unbearable and returned to the heavens to escape the Iron Age. Astraea believed in humankind the longest, and she was the last to leave. She became the constellation Virgo, and according to the myth, will return to Earth one day to bring an end to human suffering.

Looking for goodness in humankind is a hallmark of people born under the sign of Virgo, and predictably, disappointment is not far behind. Their deep sense of humanity informs a personality that is said to be analytical, kind, hardworking and practical. But Virgos also tend to be highly critical of self and others. They certainly dislike rudeness or ever asking for help, and if they are disappointed once too often, they will distance themselves from other people. According to the composer Akemi Naito, this is what a spaceship trip to Virgo would sound like. 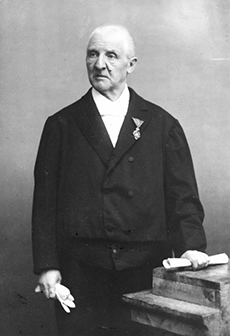 Born on 4 September 1824, Anton Bruckner might be the classic Virgo. Admirers describe him as an unpretentious, modest and shy man, while to detractors he was an enigma and many of his actions were confusing and even contradictory. Bruckner retained his peasant speech and social clumsiness throughout, and had the disastrous inclination to fall in love with teenage girls. His distracting compulsions ranged from obsessive preoccupation with financial security to a morbid fascination with corpses. Given Bruckner’s obsession with death, it is hardly surprising that he gave very specific instructions that his own dead body should be mummified. Plagued by crippling insecurities, Bruckner revised a number of his compositions more than once, so that a large number of works are preserved in two or more manuscript versions. As is well known, Bruckner made large cuts in the later versions of his symphonies to conform to the contemporary Viennese taste for shorter works. In addition, Bruckner relied for editorial assistance on a number of former students, and their “authorized” involvement with his scores has become one the thorniest issues to haunt the composer’s legacy. Bruckner’s obsessions and compulsions left clear traces in his compositions, just listen to the aggressive, apocalyptic and despairing visions of cosmic pain in the third movement of this unfinished 9th Symphony. 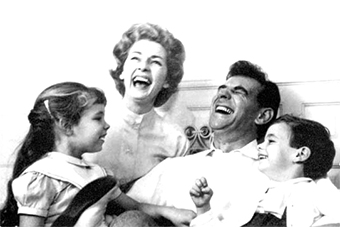 Leonard Bernstein with his family

Virgos are supposed to be very shy in revealing personal feelings and hate being in the limelight or take center stage. Yet, they are said to have great talent in art and make excellent artists, like Leonard Bernstein, born on 25 August 1918. Bernstein had no trouble with the limelight, and as a conductor, pianist and television lecturer he was always in the public eye. And it is also said “the need to feel important and to find real physical pleasure often overcomes the Virgo’s self-imposed restrictions and moral boundaries when it comes to sex.” Bernstein’s sex life was rather complicated, to say the least. Bernstein was worried that his homosexual activities would prevent him from landing a major conducting appointment, and thus he wed the Chilean television actress Felicia Montealegre in September 1951. There seems to have been a clear understanding between them, that as long as Lenny did not embarrass Felicia publically, he was free to pursue his homosexual affairs. The couple had three children, and Bernstein was a devoted husband and father in the public eye, while carrying on a promiscuous homosexual life behind the scenes. Bernstein always felt guilt over how his double life had adversely affected his wife, and as a close family friend once remarked “Leonard required men sexually and women emotionally.” 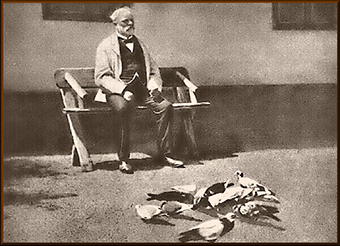 People born under the sign of Virgo would rather be out in nature than anywhere else. For Virgos nature isn’t only the wilderness, mountains, meadows, hills and beaches, it is also nature’s creatures like insects, birds, fish, and four-legged animals. They are extremely environmentally friendly, and do not want to leave behind a large carbon footprint. I am pretty sure Antonín Dvořák, born on 8 September 1841, had not yet fully grasped the concept of carbon footprint, but nature played a major role in his life and his work. He took several nature walks each day to relax from work, and at his summer house in Vysoká, he did gardening, planted trees, and kept pigeons. He took his children on extended walks in the countryside, and he hiked the Bohemian landscape with Leoš Janáček in 1883. Nature was a powerful source of inspiration for Dvořák, and In Nature’s Realm most closely resembles a landscape painting in its richness of color; evocation of place; and sense of grand, unfolding vistas. It also is a self-portrait in a sense, for it depicts the composer’s home in the forest of Vysoká, where he could compose in peace, disturbed only by the natural sounds outside his window. 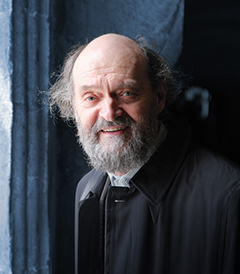 Virgos’ need to help humankind serves them best if they decided to become doctors, nurses or psychologists. Being a Virgo myself, I would add monks and scholars to that list of suitable professions. Generally speaking, Virgos wish to keep their public and private spheres completely separate, but for Arvo Pärt, born on 11 September 1935, it is a matter of principle. Pärt essentially lives the life of a recluse, completely shielded and hidden from public view. He rarely talks to the media or gives interviews, and on the rare occasions when he does address the outside world, he comes across as abrasive and belligerent. “I have nothing to say,” he states. “Music says what I need to say. And it is dangerous to say anything, because if I’ve said it already in words there might be nothing left for my music.” Pärt’s philosophy is comparatively simple. “If anybody wishes to understand me,” he says, “they must listen to my music; if anybody wishes to know my ‘philosophy,’ then they can read any of the Church Fathers; if anybody wishes to know about my private life, there are things that I wish to keep closed”. In love with books and history, Pärt studied Orthodox Russian intonations, medieval heterophony and Renaissance polyphony, with his music acquiring a deeply mystical character. The religious mysticism contained within his compositions emerged as the result of a fresh philosophy towards music and life, which the composer summarized as follows, “Time and timelessness are connected. They represent the instant and eternity struggling within us.” I can tell you from personal experience, it’s not easy being a Virgo.