Composers Anecdotes
Composers of the Zodiac
The Tropic of Libra
by Georg Predota September 22nd, 2020 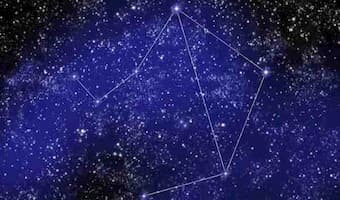 American composer George Crumb put together his first volume of Markokosmos, subtitled “Twelve Fantasy-Pieces after the Zodiac” in 1972. Scored for amplified piano, in the “Music of Shadows” (Libra) time is suspended and flows in a dreamlike manner. 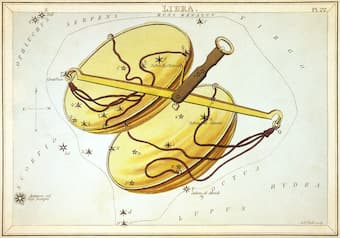 “Libra”, plate 22 in Urania’s Mirror, a set of celestial cards accompanied by A familiar treatise on astronomy … by Jehoshaphat Aspin

Individuals born under the Libra zodiac are said to be “obsessed with symmetry and strive to create equilibrium in all areas of life.” Ruled by Venus—the planet that governs love, beauty and money—Libras adore high art, intellectualism, and connoisseurship. Frequently, they surround themselves with objects and environments that reflect their exquisite tastes. Supposedly, they love harmonious partnerships with fashionable mates, “especially those who make attractive arm candy.” According to some astrologers, Libras make for excellent designers, decorators, art critics, and stylists.

Liszt at the Piano by Josef Danhauser

Born on October 22, Franz Liszt would certainly fit the art critic category, but I am less convinced about the hair stylist. During the early part of his life he was certainly well known for his virtuosic displays, lavish tastes and a long line of “arm candy.” However, he was loyal to his friends and generous in support of young talent. Once you take away his flashy onstage persona, Liszt was almost painfully shy and devoutly religious in later life. As such, the astrological predictions based on the zodiac of Libra are not really a great fit. 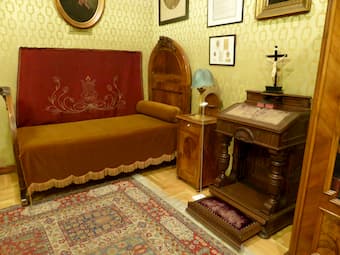 Individuals born under the sign of Libra are said to possess a strong intellect and a keen mind. They love and are inspired by books and lengthy discussions with experts in a variety of fields. Born on October 8, we can certainly include Camille Saint-Saëns under this heading. He was an expert on ancient music, playwright, poet, philosopher, caricaturist, mathematician, botanist, and archaeologist. He retained an active interest in science throughout his long life, and was particularly fascinated by astronomy. In fact, he sold six duets to a publisher in order to purchase his own telescope. 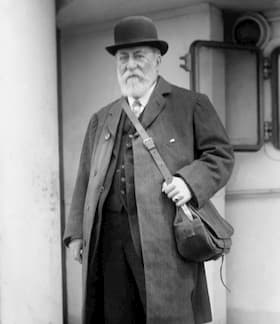 He eagerly followed Donati’s Comet, which had only recently been discovered, and studied double stars and stellar colors. Of course, he was also a composer, pianist, and according to Liszt, the “world’s greatest organist.” Berlioz admiringly wrote, “He knows everything, but lacks inexperience.” A biographer described him as “a man of wide culture, and a poet in disguise.” In his music, Saint-Saëns loved above all classical balance, elegance and clarity. He was certainly inclined to distrust sensibility, and vigorously objected to sentimentalism, to sensationalism and to all exhibitionism. Except for his relationships with women, Saint-Saëns could almost be a poster child for the sign of Libra. 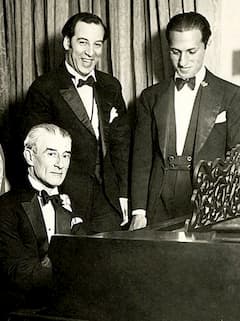 Individuals born under the sign of Libra are cooperative, diplomatic, gracious, fair-minded, and social. However, they also are said to be indecisive, will avoid confrontations at all costs, will carry a grudge, and are prone to wallow in self-pity. Maybe that’s why George Gershwin, born on 26 September, habitually asked famous composers to give him lessons? We have no clear details about Gershwin’s requests for composition lessons from Schoenberg, Bloch, and Toch, however, he did approach Maurice Ravel in 1928. Gershwin usually made his request for lessons at some fancy party where he had dazzled everyone at the piano. Ravel, for one, was dumbfounded, and quickly redirected Gershwin to study with Boulanger. Boulanger declined, and Jacques Ibert “was dazzled by his prodigious technique and amazed at his melodic sense, at the boldness of his modulations, and by his audacious and often unexpected harmonic inventions.” Ibert also declined to teach Gershwin, and when he approached Stravinsky, he was asked how much money he made. Gershwin replied, “a hundred thousand dollars a year—maybe two hundred thousands,” to which Stravinsky responded, “Well then, in that case perhaps it is I who ought to study under you!” When a recent biographer tracked down the sources of these stories, it turned out that Gershwin had probably made them up. 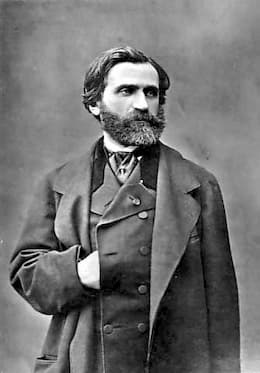 For individuals born under the sign of Libra, finding a compatible partner is the main priority in life. And once they enter into a romantic relationship, maintaining peace and harmony becomes the most important thing and the primary goal. Libra is the sign of marriage, however, it is also connected to Scorpio where sexuality reigns supreme. Although Libras don’t have trouble relating to people, they will search for deep and meaningful relationships, with the only true satisfaction in their love life emerging from complete surrender of body and soul. Guided by a strong sense of tradition, Libras will happily turn their love into a marriage contract. 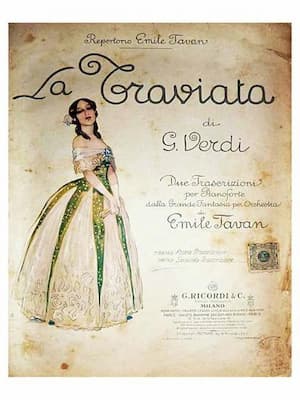 Giuseppe Verdi—born on either 9 or 10 of October—was married twice and had a fair number of extramarital dalliances. In his operas, Verdi reveals a preference for women who often demonstrate greater independence, spirit and thirst for resistance. Verdi apparently did not consciously pursuit a proto-feminist agenda, but understood that rebellious heroines provided far more dramatic conflict and potential on the stage. All in all, a rather traditional and Libra specific approach to relationships, romance and marriage.