For a good many of his contemporaries, Claude Debussy was considered unsociable and reserved. Some writers even describe him as having “little strength of character.” To be sure, he frequently distanced himself from most musicians and tended to mingle with writers and artists, believing he had more things in common with them. Debussy never felt the need to please anyone, which was often interpreted as a lack of friendliness. And he was unable to hide negative feelings against people he disliked, and by the same token, was always pleasant toward those he did like. 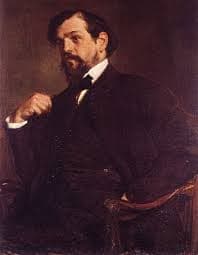 Regardless, Debussy had a number of very close friends and often declared his affection towards them in his letters. He confided only in his closest friends and regaled in the fact that he was able to express himself without having to explain himself. This intimate circle of friends played an important role in his career. While some were able to advise him on his music, others helped him through difficult personal and professional times. Therefore, let us meet some of Debussy’s close friends, like Robert Godet, and experience the music they inspired.


The Swiss journalist and son of a Protestant minister Robert Godet (1866-1950) was one of Debussy’s few lifelong friends. They first met through the French poet and sculptor Maurice Boucher in 1889, and Debussy believed that Godet “understood the significance of his music and the artistic objectives he was trying to accomplish.” As Debussy wrote, “he can read between the staves.” 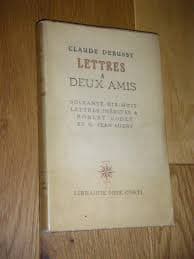 Letters between Debussy and Godet

Debussy also had high confidence in Godet’s musical knowledge, and he confided that his prime model of orchestration was Weber. He cited the “sylvan charm” of a quartet of horns in the Freischütz Overture, the muted violins in the Oberon Overture, and the appearance of the ghost in Euryanthe. And that also includes being dismissive of the “orchestre-cocktail” of Wagner and Strauss. Debussy highly valued Godet as a critic, “claiming to be much happier with Godet’s approval than those of the elite public.” Since their friendship was primarily maintained through letters, these primary documents provide fascinating insights into matters of work, family, and performance.


Probably the most important person in the career of an aspiring composer is his or her publisher. Debussy initially entrusted his works to Georges Hartmann, but when this trusted friend passed away in 1900, he was desperate to find a new publisher. He was looking “for a publisher who could adjust to my delicate little soul and restrain others from going against me.” Eventually, he entrusted Jacques Durand (1865-1928), his fellow student at the Conservatoire de Paris with the “responsibility of becoming his publisher.” 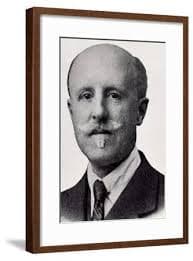 Durand had partnered the publishing firm with his father, Auguste Durand, and later with his cousin Gaston Choisnel, whom Debussy did not trust to handle his works. Once everything was arranged, Debussy signed a contract with Durand for a major series of “Images: six pieces for solo piano and six for two pianos orchestra.” Eventually, these became the two sets of Images for solo piano and one for orchestra. Durand was subsequently given exclusive publishing rights in 1905 and worked closely with Debussy until his death in 1918. Durand became a working partner, and over time, a close friend and confidant to Debussy. 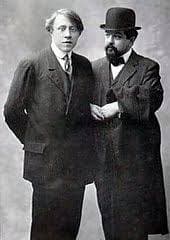 André Caplet (1878-1925) entered the Paris Conservatoire in 1896, and won the Prix de Rome in 1901, beating amongst others, Maurice Ravel. Debussy met Caplet first in 1907, and when he was invited in 1909 to become a member of the advisory board of the Conservatoire, André Caplet became his collaborator and confidant. 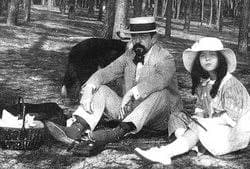 Debussy and his daughter Chouchou

Debussy quickly recognized Caplet’s talent for orchestration and gave him permission to transcribe and orchestrate a number of his famous piano works. Debussy was already in ill health, so he relied on Caplet to correct proofs, finish the orchestration and conduct the premiere of his cantata Le martyre de Saint Sebastien in 1911. They had worked for two months to orchestrate a work for very large forces—including six horns, four trumpets, and three harps—on a text that expressed the ambiguity between Christianity and paganism, eroticism, and mysticism. Caplet also orchestrated the music for the children’s ballet La boite a joujoux, a work Debussy had composed for his darling daughter “Chouchou.”


The French composer and music teacher Ernest Guiraud (1837-1892)—born in New Orleans, Louisiana, but making his career in Paris—ran a highly sought-after music studio. One of his eager students was Raymond Bonheur (1851-1939), who recalls seeing Debussy at the Conservatoire at the age of sixteen carrying a book of Banville poems. “We soon became friends,” Bonheur recalled, “bound by a common interest in one of the prominent Parnassian poets.” Bonheur would support Debussy in his discovery of Banville and Mallarmé, and they remained close friends over a period of about twenty years. 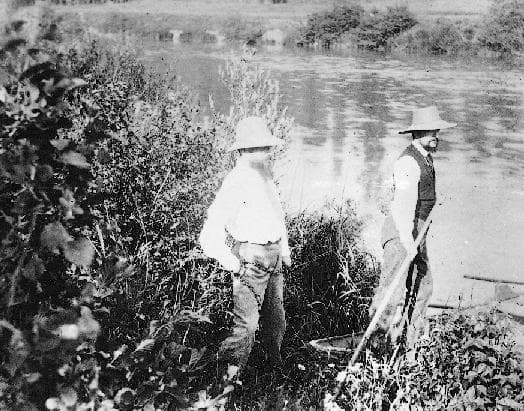 “A refined mind, alive to the conflicts between religious principles and the new standards of morality in the work of his literary friends,” Bonheur was described by the Catholic poet Francis Jammers as “joyfully eyed by the faun as he flies from one happy friendship to another.” Jammers was obviously alluding to Debussy’s setting of Mallarmé’s L’Après-midi d’un faune, which is dedicated to Bonheur. As was rather common in Debussy’s life, however, the two friends became inexplicably estranged in about 1900.

The poet and writer Pierre Louÿs (1870-1925) sought to “express pagan sensuality with stylistic perfection.” He first met Debussy at the salon of Mallarmé, and they quickly established that they shared the same love for music and literature. Shortly after their first meeting, Debussy and Louÿs travelled to Ghent to gain permission from Maeterlinck to write an orchestral work on the text of Pelléas et Mélisande. Nothing came of that adventure, but they also took great interest in each other’s personal lives. 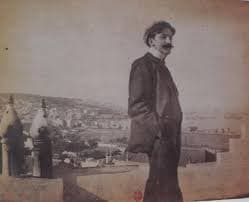 Debussy congratulated Louÿs on his engagement to Mademoiselle Louise Hérédia, and Louÿs helped Debussy to recover from his unsuccessful engagement with Thérèse Roger. They did, however, have a frightful falling out when Debussy left his wife Lilly Texier for Emma Bardac in 1904. Louÿs displayed genuine sympathy and compassion towards Lilly, and Debussy terminated all contact between them. Personal differences notwithstanding, Louÿs and Debussy attempted to collaborate on several occasions, and the resulting Chansons de Bilitis became highly successful. Louÿs’ text is actually an intriguing example of literary forgery, as he claimed that he was the translator of texts discovered by a fictional German archaeologist in the tomb of a Greek poetess of the 6th century BC. Initially, Debussy composed three chansons for voice and piano in 1897, and in 1900 he composed a different and expanded orchestrated setting for the stage including recitation and mime.