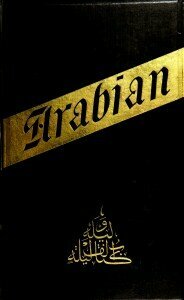 The cover of Burton’s 1885 edition

When the British explorer extraordinaire Richard Francis Burton published his translation of the traditional Middle Eastern stories in The Book of the Thousand Nights and a Night in 1885, he brought the extraordinary wealth of Arabic storytelling to the West. In that collection, we meet characters who have become part of our own collective mythos. 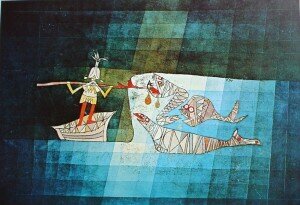 King Shahryár and his younger brother Shah Zamán discover the infidelities of their wives. The King takes a maiden each night and kills her in the morning until his country has run out of suitable consorts, except for the 2 daughters of his Wazir. Scheherazade tells stories to her younger sister Dunyazad, breaking them off at dawn, when she should be put to death. The king keeps her alive every dawn until 1000 days (and three children) later, he marries her, his brother marries her sister, and all is happiness.

The characters in the tales include Sinbad and his seven voyages, tales of the virtuous Harun al-Rashid, Aladdin and his wonderful lamp, Ali Baba and the Forty Thieves, and so on. Composers who take on the tales have focused either on Scheherazade herself as a teller of tales or on the tales themselves. 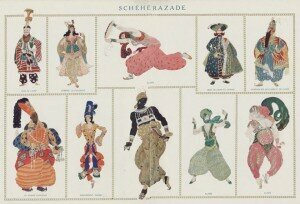 In his 1888 symphonic suite Scheherazade, Nikolai Rimsky-Korsakov took up 4 stories: Sinbad, The Kalandar Prince, The Young Prince and the Young Princess, and the Festival at Baghdad.

Rimsky-Korsakov: Sheherazade, Op. 35: I. The Sea and Sinbad’s Ship (Hans Maile, violin; Georg Donderer, cello; Berlin Radio Symphony Orchestra (Radio-Sinfonie-Orchester Berlin); Hanns-Martin Schneidt, cond.)
Maurice Ravel also took up the teller of tales in his Shéhérazade, or rather, in his two works by that title. The first is a concert overture, written in 1898, and is Ravel’s earliest surviving orchestral work. His second work, written 4 years later, takes the form of a song cycle. Here, Scheherazade is given voice to wish she could travel as widely as did the people in her stories. 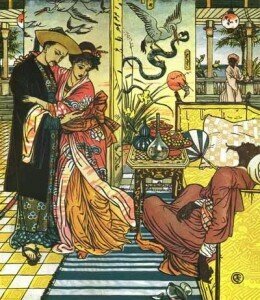 Even modern composers, such as John Adams, have taken up Scheherazade’s story, such as in his 2016 recording of Scheherazade.2, where he looks not at the plucky story teller, but the everyday heroism of women across the world who face the ‘casual brutality’ of daily life. In his ‘dramatic symphony,’ Adams has given the role of Scheherazade to the violin. In this third movement, she is tried by ‘a court of religious zealots, during which the men argue doctrine among themselves and rage and shout at her only to have her calmly respond to their accusations….’

Luigi Cherubini: Ali Baba, ou Les quarante voleurs: Overture (NBC Symphony Orchestra ; Arturo Toscanini, cond.)
For those that think of the 1001 Nights stories as being solely set in the Middle East, it will be a surprise to discover that in Burton’s translation, Aladdin is a poor Chinese boy. He is fooled by a Middle Eastern magician into retrieving a magical lamp for him. Aladdin inadvertently activating the jinni in the lamp and so his adventures ensue. 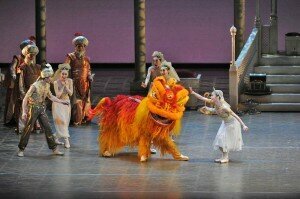 In 1919, Carl Nielsen wrote incidental music to a production of Adam Oehlenschläger’s play Aladdin. When his music couldn’t be fully realized within the confines of the play, he put together his Aladdin Suite in 1940.

Nielsen: Aladdin Suite, Op. 34: V. The Marketplace in Isaphan (South Jutland Symphony Orchestra; NiklasW illén, cond.)
Christian Horneman, in his only opera, took up the story of Aladdin in 1888. His overture remains the best known of all his works.

Horneman: Aladdin: An Adventure Overture for Orchestra (Aalborg Symphony Orchestra ; Owain Arwel Hughes, cond.)
American composer Edgar Stillman Kelley wrote his Aladdin Suite in San Francisco in 1893. Conceived as a ‘Chinese Suite,’ it was one of the first American works to look to the resources of Chinatown for inspiration of its orchestration.

Kelley: Aladdin, Op. 10: I. At the Wedding of Aladdin and the Princess (Federico Jose Piantini, violin; Patrick Mercuri, mandolin; Symphony Orchestra of America; Matthew H.Phillips, cond.)
We’ll close with one more unfamiliar Aladdin, this one written by Carl Davis for the Scottish Ballet in 2000. He also took up the Chinese elements of the tale, including not one but two Lion Dances into the tale.