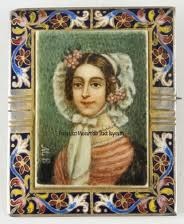 Devastated by having been forbidden to see his first sexual conquest and true love Caroline de Saint-Cricq ever again — her father had rather unceremoniously suggested that the boy take his Bohemian behind somewhere else — Franz Liszt seriously contemplated becoming a monk. Yet his appetite for the desires of the flesh had been fully awakened, and since common knowledge dictates that the best way to get over a relationship is to quickly get into the next one, Franz set upon his “exercises in the lofty French style” with a vengeance. Among a whole host of worthy exercise partners, Franz seems to have been particularly impressed by the acrobatic flexibility of a certain “Hortense,” and the equally vigorous Madams G — married to an outstanding member of the community — made his hours pass like minutes. We may never know for sure, but Franz was possibly collecting his trophies in alphabetical order! 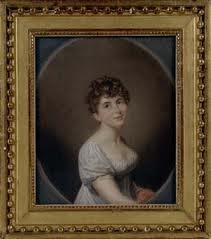 Franz Liszt: The 3 Liebesträume (1850)
As everyone knows, energetic exercise in the fresh air is a pre-requisite for a healthy lifestyle, and for precisely that reason, Franz took the enchanting and very beautiful Mademoiselle de Barré on an extended trip to the Savoyen Alps. Of course, in his spare time, Liszt was also a frequent visitor in the most fashionable Parisian Institutions of the time, the Salon. Sponsored and organized by the wealthiest families in town, the Salons presented a dazzling assembly of aristocrats, politicians, artist, and scientists. These haute culture events were presided over by the most fashionable hostesses in the city, with each lady vying to capture the most talented and interesting protégés. When the Polish-born Countess Pauline Plater was once asked to compare the merits of the three pianists who had played in her salon, and whom she had bedded in succession — Ferdinand Hiller, Frederic Chopin and Franz Liszt — she unabashedly stated that “she would choose Hiller as a friend, Chopin as a husband, and Liszt as a lover”. In the salons of the Faubour St. Germain, Liszt also met the Countess Adèle de Laprunarède. She was young, rich, sparkling, witty and extremely beautiful, yet married to an aging and neglectful husband. Apparently, the aging Count thought it would be a wonderful idea to invite Franz on a weekend getaway to Marlioz Castle in the Savoy. It turned out to be a rather lengthy weekend, as the mountain roads became impassable with the early onset of winter. Marooned for weeks in a picturesque winter wonderland — with the old count taking frequent naps — Franz and Adèle had plenty of time to engage in personal calisthenics and build the occasional snowman. Once they were able to return to Paris, Liszt went in search of greener pastures, but kept up a clandestine correspondence with Adèle, an indiscretion that he would later regret. Much later in life, he would summarize this relationship in the following way: “In this time of struggle, anguish and torment, I was trying violently to smash, destroy and annihilate the love of Adèle; I’ve been nothing but a cowardly and miserable poltroon”.

His mother, of course, sensed her son’s anguished demeanor and tried “with all her might to arrange a marriage” to Charlotte Laborie. Although Franz might have exercised with her, he certainly did not marry the woman. Liszt’s extended exercise program was starting to produce visible and somewhat undesirable results. The Countess Agénor de Gasparin supplied the following description. “He was so pale, that it grieved me. He consumes himself and he feels everything too deeply. What a pity!” And the Countess Dash observed him “coming down the stairs and looking like a ghost.” Yet Liszt’s exercise regiment continued unabated. The Swiss composer Caroline Boissier came to Paris to arrange for piano lessons for her eighteen-year old daughter Valerie — who would later become the wife of Agénor de Gasparin. Both women were entirely mesmerized by young Franz. “He was able to reproduce all the passions at the keyboard — terror, fright, horror, despair and love”. It remains unclear whether mother and daughter — either separately or together — also joined Franz in anaerobic activities. However, in 1831/32 Franz experienced two events that would significantly shape his life. For one, he heard a performance by Nicolo Paganini that swept him into a state of frenzy and compulsive emulation, and through a student — the stunning and willing Charlotte Talleyrand — he meets the Countess Marie d’Agoult who would bear him three children.