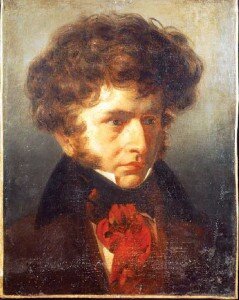 Whether we like it or not, Hector Berlioz is primarily associated with a single composition. Everybody knows his Symphonie Fantastique, but his religious works, the dramatic legends, his songs and even his operas are rarely scheduled for performance, and they have remained an enigma to the concert going public. One of the most idiosyncratic artistic geniuses of all time, Berlioz’s music resists easy classification or categorization. He simply refused to fit neatly into one category or the other, as his compositions manipulate all aspects of musical rhetoric and discourse in order to achieve a broader artistic end. Genre designations play only a secondary role, as his symphonies evoke the theater and his operas, cantatas and songs pay only nominal tribute to established categories. In addition, he freed tone color from its subservient function of merely clarifying the melody, rhythm, harmony and counterpoint of a piece, and gave it an aesthetic reason for existing and a significance of its own. 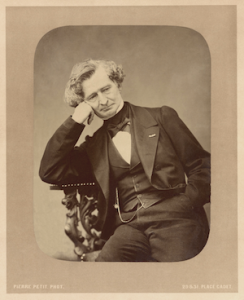 His chosen path plunged the budding composer into an archetypal struggle, not only for financial survival but also for the acceptance of his artistic ideas, a task to which he would tirelessly devote all his creative and intellectual energy. And as you might well imagine, he was widely misunderstood in his own lifetime. Claude Debussy, as he was working on his own opera, Pelleas et Melisande, wrote “Berlioz was never, properly speaking, a musician of the theater.” This seems a rather strange comment on a composer whose work is from beginning to end intensely dramatic in character. For his critics, Berlioz was more successful as a dramatist in his symphonies than in his stage works. The dramatic brilliance of his orchestral writing, according to the argument, detracted from the theatrical effectiveness of his operas. Berlioz completed only five operas, but he contemplated or sketched many more and had at least one operatic project in mind throughout his life. 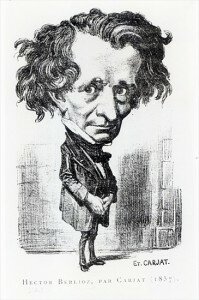 Berlioz’s skill as an orchestrator lays not in the novelty of the instruments themselves as much as it is found in his skill of using and combining them. Before Berlioz, the functions of orchestral instruments associated melody and harmony mainly in the string choir, with winds used for occasional reinforcement and soloistic color. For Berlioz, as he comprehensively described in his treatise on orchestration and instrumentation, the invention of a particular tone colors for individual passages was part of the normal process of composition. Harmony and correct voice-leading become secondary elements, and melody and the color of the orchestral sound makes almost exclusive claims upon our attention. We know that Berlioz responded to a request from Niccolo Paganini in his composition of Harold in Italy, but the combination of solo viola and orchestra in a symphony is nevertheless highly unusual! Paganini didn’t like it at all because it was not sufficiently virtuosic.

Berlioz sought employment in the theatre and the Conservatoire, but never in the Church. His pronouncements about religious music are the views of an unorthodox Christian, but he did set several sacred texts with a strong personal vision that discloses deeply religious roots. In his memoirs he writes about his fugue from the Messe solennelle, “Let people who have never heard anything like it, imagine what kind of devout expression arises when fifty voices, howling with fury in a lively tempo, repeat Amen four or five hundred times, or vocalize on the syllable “a,” so as to sound like raucous laughter. I defy anyone with the slightest musical feeling not to interpret such a chorus as an army of incarnate devils, making fun of the sacrament, rather than a gathering of the faithful praising god.” In essence, his religious music is primarily theatrical and orchestral, as his aim seems to have been a display of unity of subject matter and artistic purpose, rather then one of musical means.