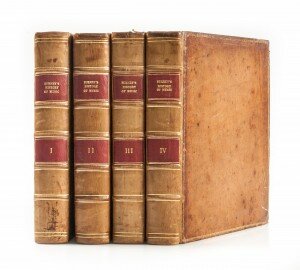 Charles Burney (1726-1814) took on the three roles of music historian, composer, and musician. His first music books, The Present State of Music in France and Italy… (London, 1771) and The Present State of Music in Germany, the Netherlands, and the United Provinces… (London, 1773), were the results of his extensive travels around Europe. His 1770 trip took him from London to Paris, Geneva, Turin, Milan, Padua, Venice, Bologna, Florence, Rome, and Naples. His second tour, through Germany and the Low Countries, resulted in his second book. All of this was in support of his General History of Music, which came out in 4 volumes (I: 1776, II: 1782, III and IV: 1789).

His daughter, the novelist Frances (Fanny) Burney, wrote a biography of her father after his death in 1814. The Memoirs of Doctor Burney, three in volumes, appeared in 1832 and is where much of the information about Burney’s social circles comes to life. 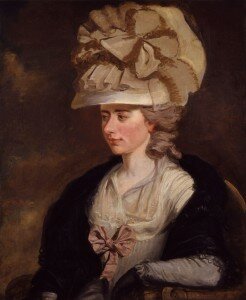 Burney: Hark! The Herald Angels Sing (Taverner Consort, Andrew Parrott, cond.)
Burney even made up a couplet on Reynolds:

‘Twere vain throughout Europe to look for his peer
Who by converse and pencil alike can endear.’

Burney’s involvement in the artistic circles of London drew him into the continual disagreements that the intellectuals of the day seem to fall into. However, the networking of all these men and women resulted in some of the most intellectually stimulating conversations of the day. For example, at a dinner at Sir Joshua Reynolds, Edmund Burke drew aside Charles Burney to tell him that the organist’s place at Chelsea College was vacant. It only paid £20 a year. But, it did provide lodgings that were near London, yet not too far. In response to his acceptance, Burke prevailed upon the Treasury to grant Burney a raise to £50 per year. 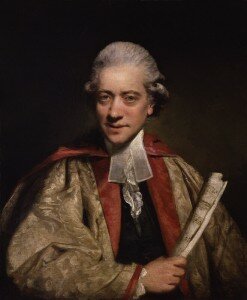 Both men were also members of Samuel Johnson’s Literary Club, aka Dr. Johnson’s Club, which included all the notable writers and authors of the day, including Gibbon (Decline and Fall of the Roman Empire) and Sheridan (The Rivals, The School for Scandal, and other plays).

Reynolds’ portrait of Charles Burney, completed in 1781, was commissioned by the London politician Henry Thrale. Burney wrote in his diary: ‘I have lately sat for my picture to Sr. Jos. Reynolds, for my Friend Mr Thrale… who has a Library furnished with 12 or 14 portraits of persons with whom it is a great honour to be placed’. Burney is shown holding a musical score and wearing his gown as a Doctor of Music (Oxford, 1769).

An earlier painting shows the one of the gatherings of Reynolds and his friends. 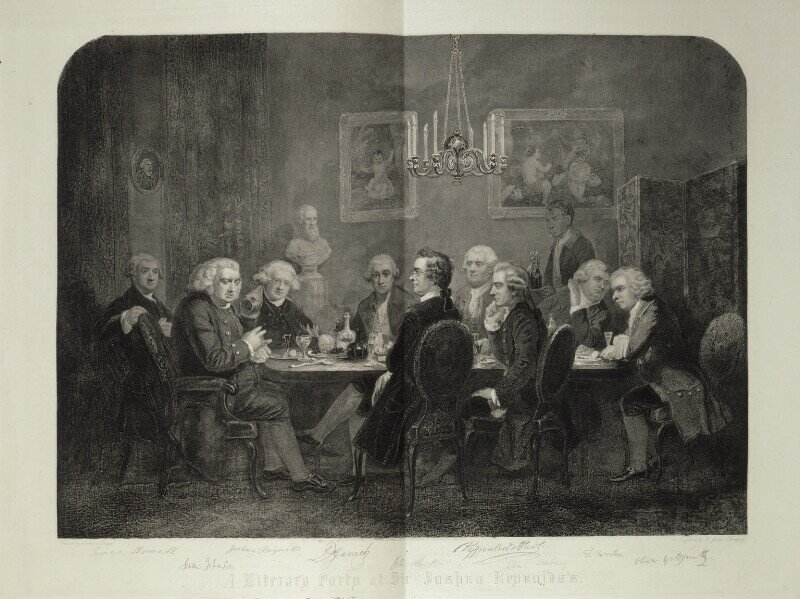 From Left to right:

In the hotbed of late 18th century London, the circle of artists and intellectuals around Samuel Johnson, Joshua Reynolds, and Charles Burney brought out the best in the arts of the day.