Today major orchestras and artists are commissioning young women composers to write music for them. Here are three rising stars. 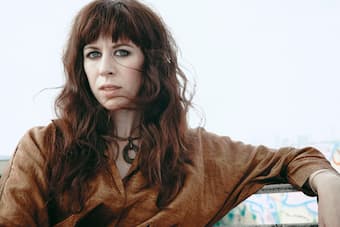 Missy Mazzoli was selected as a featured composer by the Minnesota Orchestra’s Composer’s Institute more than a decade ago. We were impressed then! In demand as a composer, she’s extremely prolific, having composed opera and ballet, orchestral works, chamber music, solo and vocal works, and film scores. Her music is inventive and mesmerizing. She is one of only two women composers who have been commissioned by the Metropolitan Opera and her three operas to date, have received critical acclaim.

Beyond the Order of Things was commissioned by cellist Matt Haimovitz for his 2021 Primavera Project. Mazzoli imagined a piece similar in concept to a 2020 painting by Charlene von Heyl. By obliterating and obscuring some of the images of the Botticelli painting from the 1400s, Primavera, Heyl was able to reimagine and reinterpret the work. Mazzoli uses the motet Beyond the Order of Things by Josquin des Prez, as a starting point, and by reconfiguring the material she has created an entirely new work. We can’t wait to hear it.


Ecstatic Science, 2016 commissioned by yMusic, an eight-minute piece, is an intriguing work for flute, clarinet, trumpet, violin, viola, and cello. It is rhythmically amorphous with an ending that leaves us hanging. Mazzoli’s use of glissando—a slide effect in the strings— seems to metaphorically broaden, fill, or stretch the listener like an elastic band, while light dance-like motifs in the clarinet and flute are superimposed.

Mazzoli has written string quartets for the Kronos Quartet as well as other ensembles. Her Death Valley Junction, just over eight minutes, opens with a prominent and haunting cello part incorporating slides to great effect as well as ponticello—notes played near the bridge to create an unfocused, almost scratchy sound. This work has a strong rhythmic character in the middle section. Then toward the end of the piece the cello returns with a lyrical but more rhetorical cello line, again ponticello. In the background, the other strings play with subtle glissandos and soft harmonics. It’s very effective. 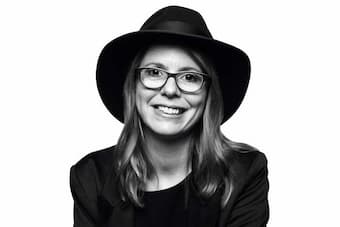 Anna Clyne the Grammy nominated British composer, was the Composer-in-Residence of the Chicago Symphony, Baltimore Symphony, and the L’Orchestre National d’île-de-France. Today she is the Scottish Chamber Orchestra Associate composer and a mentor composer for the Orchestra of St Luke’s DeGaetano Composer Institute.

Clyne has written several fascinating works for cello. A six-minute work from 2003 for amplified cello and tape, Fits + Starts, commissioned by Hysterica Dance Company of Los Angeles, and includes several superimposed manipulated lines played by a harpsichord, a cello, and a viola as the backdrop on tape to the live cello. The piece begins with a powerful rhythm—a relentless beat of pizzicato-like sounds from the harpsichord, which are interrupted with free-form moments of ringing, droning, and echoing, before the rhythm recurs. But the piece ends with a declamatory cello line, which emerges out of the washes of sound—a cadenza, if you will, and full of brilliance. With a return of a few sporadic pizzicato sounds, the piece ends fading to nothingness—a powerful work.

Shorthand is available in two forms—for solo cello and string quintet, or solo cello and string orchestra. Clyne offers us some background, “The title of the work is from Leo Tolstoy’s novella, The Kreutzer Sonata, in which he writes, ‘Music is the shorthand of emotion. Emotions, which let themselves be described in words with such difficulty, are directly conveyed to man in his music, and in that is its power and significance.’” The piece was premiered by The Knights in July 2020 at the Caramoor Summer 20/2.0 festival.


Clyne’s cello concerto Dance, which was premiered in 2019 in Santa Cruz California for the Cabrillo Festival of Contemporary Music, with cello soloist Inbal Segev, is a wonderful addition to the repertoire. Each of the five movements—I. when you’re broken open; II. if you’ve torn the bandage off; III. in the middle of the fighting; IV. in your blood; and V. when you’re perfectly free, is based on the 5-line poem by Rumi, the thirteenth century Persian poet, who entreats readers to dance in times of pain, sorrow, and struggle. I love how Clyne explores the full range of possibilities of the cello, never losing sight of its lyric qualities. The opening is scintillating, quiet, in the highest range of the cello, as if looking upwards, reflecting the openness of the sky. The second movement by contrast is vehement, and propulsive, and the third features a resonant theme and variations in a baroque choral-like style. The cello begins alone in movement four and continues the ancient feel in a statement that implies there may be a fugue of sorts but the orchestration develops and becomes more imploring and complex rhythmically and harmonically until it resolves. The piece returns to all of the previous elements in the final movement—the vigorous quick heavy notes of the third movement, the harmonious opening, as well as the complex harmonies. The movement becomes extraordinarily romantic and expansive as if to say that freedom triumphs in the end and it’s gorgeous.

Read the St Louis Symphony Orchestra Q&A with choreographer commissioned to produce choreography to the music of DANCE.

Inbal has recorded the work with the London Philharmonic under the direction of Marin Alsop. Dance has also recently been choreographed by Kirven Douthit-Boyd Co-Artistic Director of Dance at the Center of Creative Arts in St. Louis MO. The premier performance with the St. Louis Symphony is slated for September 2021. One of Clyne’s newer works, Within Her Arms, is programmed for the opening concert of the New York Philharmonic’s season this fall. 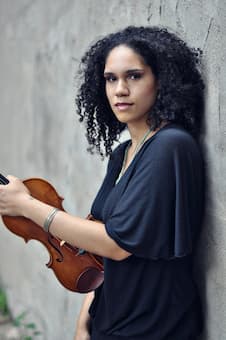 Born and raised in Manhattan, Jessie Montgomery acclaimed violinist, educator, and award-winning composer is a prominent member of the Sphinx Organization, which supports African American and Latinx string players. She is composer in residence for the Sphinx-virtuosi, and as an excellent violinist, she writes beautifully for strings. Her 2020-21 season is packed with commissions from prominent ensembles and orchestras. Strum, her first album “combines classical chamber music with elements of folk music, spirituals, improvisation, poetry, and politics, crafting a unique and insightful new–music perspective on the cross-cultural intersections of American history.”(Maggy Molloy, Second Inversion)

The title piece is infectious with strumming pizzicatos and captivating rhythms that drive to a blistering ending.


Inspired by the Goldberg Variations recordings of pianist Glenn Gould, Montgomery has arranged and reinvented Bach’s famous work, highlighting the relationship between Bach and the quartet with Glenn Gould, and expands our string repertoire.

Montgomery is currently working on a cello concerto for Thomas Mesa jointly commissioned by Carnegie Hall, the New World Symphony and The Sphinx Organization, and we cellists can hardly wait for another wonderful piece.

There are many other women doing amazing work. Below are some lists that have been compiled naming women composers whose work you may want to explore!