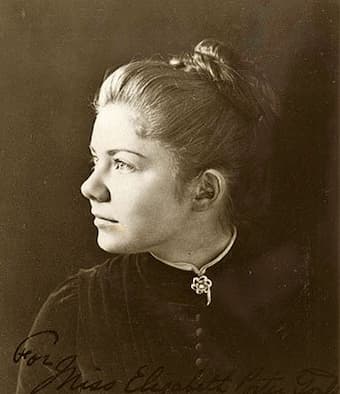 Continuing our series, I’d like to focus on the cello music of three additional women composers, artists whom I’ve previously featured.

Amy Beach, (1867-1944) is one of the first American woman to be recognized as a composer. Her ‘Gaelic’ Symphony, the first large-scale orchestral work written by a woman, was premiered by none other than the Boston Symphony in 1896. A true prodigy, as a toddler she’d memorized forty songs, and by age seven she was playing the piano in public. Beach became a legendary and influential artist, piano soloist, and the first to keep pace with her male colleagues—a composer of symphonies, choral works, opera, chamber music, and church music—writing over 300 works, almost all of which were published and performed during her lifetime. Remarkably, she was mainly self-taught. She married at the young age of 18 and her husband, a prominent surgeon two decades her senior, insisted she manage the home. Fortunately, she turned to composing but without the benefit of music lessons or contact with other composers of her time. She still toured as a performer. One of her many successes was as soloist in Chopin’s F-Minor Concerto with the Boston Symphony in 1885. A performance in 1892 of her newly composed Mass in E-flat major, Op.5 with solo vocal quartet, chorus, organ, and orchestra received a rapturous reception.

Her smaller scale compositions are impressive—Piano Quintet in F-Sharp Minor, a beautiful quartet for strings Op. 89 in one movement, Theme and Variations for Flute and String Quartet, Violin Lullabies, songs such as Three Browning Songs Op. 44, and numerous piano works including a powerful Prelude and Fugue Op. 81. Romance Op. 23, a work Beach wrote for violinist Maud Powell, is exquisite, here in a gorgeous arrangement for cello and piano.


Beach’s Five Pieces Op. 40 published in 1893, were originally written for violin and piano. Beach penned a cello version and the set now includes La Captive, Berceuse, Mazurka, Dreaming, and Pastorale. Beach made some minor changes in articulation, rhythm, and pitch in the cello version of La Captive but the piano part is identical to the violin version—sensual while still delicate. The enchanting melody is played beautifully by cellist Pamela Frame.

Dreaming held at The Special Collections of the University of New Hampshire Library is “transcribed for cello by the composer from piano piece Op. 15.” Under a gentle undulating piano part the cello is searching, tender, and poetic. The cello version of Pastorale, now at the Fuller Library in Hillsboro NH, is in manuscript form for cello and organ. As one would expect, the Mazurka is a lovely dance with light quick passages imitating fancy footwork. The ending dissipates enchantingly. After Beach’s death in 1944 her music was largely forgotten. Artists and audience members are beginning to recognize her as one of the great composers.

Maria Szymanowska, born Maria Wołowskis in 1789 in Warsaw, Poland, Szymanowska astonished her family when she was very young with her improvisations on the spinet—a smaller piano. As in other countries, women were not accepted into the music schools in those days. Maria began to study the piano at the age of eight with a series of well-respected local teachers who came to the family home. She pursued lessons in composition a few years later. Since public concerts were not the fashion nor widespread at the time, Maria’s parents, who were well-connected and enthusiastic patrons of the art, held their own musical gatherings. Members of the aristocracy, poets, and leading virtuosos of the cosmopolitan city were among the guests. Maria was often featured as the musical entertainment for the evening. These connections would later become important for Szymanowska’s career.

1810 was an auspicious year. Szymanowska married Polish aristocrat Jozef Szymanowski and she performed in Warsaw and in Paris and other major musical centers of Europe. The composer Luigi Cherubini heard her perform in one of Paris salons that year and dedicated his Fantasy for Piano to her. Szymanowska became one of the first professional piano virtuosos of the time and possibly one of the first to perform music from memory, before Franz Liszt and Clara Schumann. In fact, she caused quite a stir during a concert in Poland in 1823 when she performed her composition Caprice sur la Romance de Joconde. It was not even written out!

Her Serenade pour le pianoforte avec l’accompagnement de violoncelle, just under seven minutes, begins simply and delicately, in a slow and lilting 6/8 Siciliana rhythm. The lyrical theme has a pastoral quality. As the piece develops the cello ascends into the higher soprano registers and the piano part becomes more florid. Before parting there is a little cadenza in the cello. It’s charming. 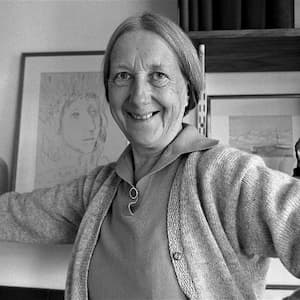 Imogen Holst, a visionary and a multi-talented woman was born in 1907, the daughter of Gustav Holst, the fifth generation of professional musicians. Ms. Holst, became a prolific composer of vocal, instrumental, and chamber music, an inspirational teacher, a close associate and assistant to Benjamin Britten, and artistic director of the famed Aldeburgh Festival. She established herself as a conductor often directing her father’s works, which she meticulously annotated and recorded. She also wrote several composers’ biographies and books on music.


Holst’s compositions are still relatively unknown. She wrote some wonderful works for small ensemble— an excellent String Quartet “Phantasy”, a string trio, a string quintet, a duo for viola and piano, and an impressive Sonata for Violin and Cello. This piece is a must for a cellist’s repertoire.


Holst’s Fall of the Leaf for solo cello, in five short moments begins plaintively, the movements morphing into one another seamlessly. The Vivace second movement contrasts with fleeting pizzicato. Movement III, a lament poco adagio, explores the entire range of the cello free in rhythm and with wistful harmonics. The dazzling quick passagework of the Presto brings us full circle, “Da Capo molto moderato”, ending as it began with the opening andante. In just eight minutes, Fall of the Leaf is extremely effective—a terrific addition to any recital.


Our next article will feature some more contemporary women composers who are writing cello music gems.