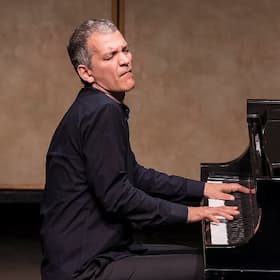 Of course, the musician takes its primary inspiration from other musicians; and this often leads to him wanting to create something similar, something that recreates the excitement that he felt.

There is therefore a case for creators for not listening to similar artists, to the ones that they enjoy listening to, in order to protect their own originality and artistic voice. It is a case of taking distance and avoiding their peers. It is a case of educating themselves.

By repeating and imitating the works of others, he is at risk of boring his audience. Ultimately his legitimacy and credibility are at stake. The artist is at risk of being superfluous.
On his side, the listener is left with treating the music as simple background music; music that fills a wallpaper pattern that recalls memories and makes him feel comfortable. Eventually, the listener lacks excitement, discovery, enlightenment and enrichment. 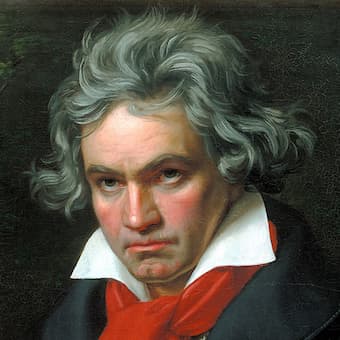 Beethoven spent the end of his career composing deaf, this is
creating out of a comfort zone! © biography.com

Take the Italian composer Einaudi. He has influenced so many composers that the contemporary classical scene has seen burgeoning copies of him – Einaudisms.

Coincidentally, Einaudi ended up sounding like himself too. While he was at first innovative, he ended up modelling his music on his past successes, repeating his art over and over.

In film music, Zimmer seems to be stuck in the same model, where each work is an attempt at reaching the success of the previous ones.

It is a creative model that is used extensively in popular music — the recipe for success —, and that led to its criticism as mass produced music and music produced for the masses. 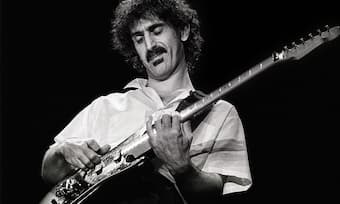 Metal, pop, rock, blues and classical are all within Frank Zappa’s scope of work
© Rob Verhorst/Redferns

This is not an unavoidable situation though. On the contrary, there have been countless artists that have repeatedly gone in and out of their comfort zones. In popular music; The Beatles, Frank Zappa, David Bowie, Prince or even Kanye West. In jazz; Miles Davis, Pat Metheny or Brad Mehldau. In classical music; Beethoven, Schubert, Liszt, Ravel, Debussy, Puccini, Stravinsky… The former has spent most of his career alternating between music deemed acceptable; many of his early sonatas and shorter solo piano music, such as his Bagatelles, including “Für Elise”; and music considered revolutionary; the “Grosse Fugue”, the Symphony No. 3 — freeing the form from his classical system — or the Symphony No. 9 — twice the standard length of a symphony, with an additional choir. Not to mention Beethoven spent the end of his career composing deaf, this is creating out of a comfort zone!

Ultimately, it seems that the composer has a duty to educate his listeners. As a creator, it is his duty to bring others to new levels of intellect and emotion. By not taking risks in his music, the composer fails this duty.

A very efficient way for him to identify his successes and failures, his idiosyncrasies, is to listen back to his own music and learn from it — and most importantly steer away from it.