Composers Anecdotes
On This Day
7 May: Beethoven’s 9th Symphony Was Premiered
by Georg Predota May 7th, 2018
Tags: Beethoven

The Premiere of Beethoven’s Last Symphony 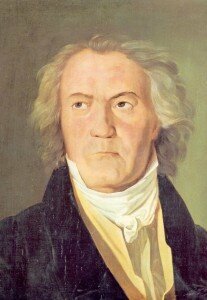 During the final stages of putting the finishing touches on his 9th symphony (which was also Beethoven’s last symphony), Beethoven was adamant that it should be premiered in Berlin. For years, Beethoven had lamented the changing musical taste of Viennese audiences, who numerously flocked to see the operatic entertainments offered by Rossini and other Italian composers. Beethoven and Rossini did meet once in Vienna in 1822, and supposedly Beethoven counseled his young colleague with the words, “Above all, make a lot of Barbers!”

For Beethoven, Rossini was a composer of light comedies, who embraced the “rankest lap of luxury” by pandering to populist demands. And supposedly, Beethoven quipped “Rossini would have been a great composer if his teacher had spanked him enough on the backside.” Whether this meeting actually took place or not is clearly beside the point, as it quickly became, and still is, part of a much larger narrative. 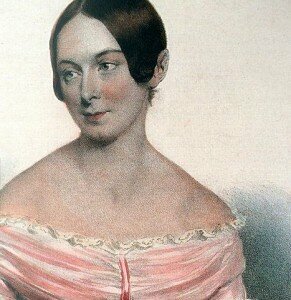 Beethoven’s threat to take his 9th symphony to Berlin was real enough, and it took a petition signed by a number of prominent Viennese patrons, friends, financiers and performers for the composer to change his mind. As such, Beethoven assembled a large orchestra and recruited Henriette Sontag and Caroline Unger to sing the soprano and the contralto parts, respectively.

According to participating musicians, the work had only two full rehearsals before it was premiered on 7 May 1824 in the Theater am Kärntnertor in Vienna. Various stories and anecdotes surround this momentous occasion, but Beethoven—who had been profoundly deaf for almost a decade—took part in the performance by giving the tempos for each part and turning the pages of his score “as though he wanted to play all the instruments and sing all the chorus parts.”

Theater am Kärntnertor in Vienna

However, the “official conductor” Michael Umlauf, had instructed the singers and musician to ignore all of Beethoven’s instructions. When the work had ended, Beethoven was apparently still conducting and Caroline Unger is credited with turning Beethoven to face the applauding audience. Beethoven’s underlying conception of music as a mode of self-expression still resonates strongly today. Whether one agrees with, or rejects his compositional approach, after the premiere of Beethoven’s last symphony, a symphony combining a large orchestra, choir and vocal soloists for the first time, nothing in music could ever be the same.