Once the entire symphony orchestra has tuned and is seated, we anticipate the conductor, his arm extended, his greying hair smoothed to a sheen. Pompously, he crosses the stage and leaps onto a red-carpeted podium. Exuding unquestionable authority and power, we all hold our breath waiting for magic to happen. Until very recently, the role of the maestro has been a male domain. It was thought a woman could never assume such leadership. Girls don’t do that!

I’m pleased to report, several women have recently been appointed to prestigious positions with major ensembles. In a series of articles, I’d like to familiarize you with the work of these astonishing ground-breaking women.

As in many fields, the names of women who forged the path for those who are now attaining much-deserved stature, although it took decades, are less known. 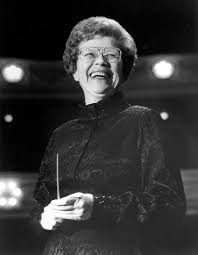 Female choral conductors have been more accepted. Perhaps this is because the choral conductor prepares the singers before they join the orchestra and the maestro, and appears only to take a bow after the performance. Even Fritz Reiner, the irascible conductor of the Chicago Symphony, appointed a woman to establish the Chicago Symphony Chorus in 1957, Margaret Hillis, and she did conduct the symphony—the first woman to do so. One of her most visible appearances occurred in 1977. “Woman Steps In for Solti, Wins Carnegie Hall Ovation,” the CSO archives states, “On Monday, October 31, with no opportunity to rehearse with the Orchestra and soloists and little more than an hour with the Chorus, she was quoted as saying, ‘Look, don’t try to help me do my job. Your job is to sing and play, mine is to keep the whole shooting match together…’” and with that, Hillis conducted the one-hour and 20-minute Eighth Symphony of Mahler, with “poise, clarity, and ethereal detail.” Appearing as guest conductor with the National Symphony, the St. Louis Symphony, the Oregon Symphony, and the Minnesota Orchestra, symphonic conducting was her first love, and through her excellent choral work she was able to do it. 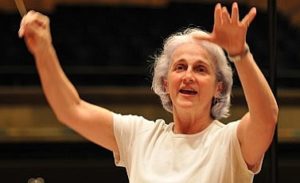 Like Venezuelan Maria Guinand, an internationally celebrated choral conductor, who conducted the premieres, and recordings of Osvaldo Golijov’s La Pasión según San Marcos and John Adams’ A Flowering Tree, other women followed, who began as voice, organ, or piano majors, with strong interests in singing and teaching, which led to conducting careers in the more accessible genre. Betsy Burleigh, director of the Mendelssohn Choir of Pittsburgh, and assistant director of choruses for the Cleveland Orchestra, thinks women as choral conductors are more accepted, “because generations grew up with female music teachers.” These highly trained leaders conduct a wide variety of types of choruses all over the world. 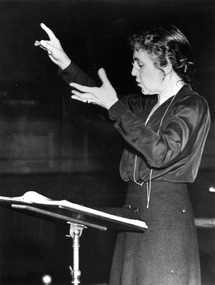 Still, there were more symphonic pioneers than you might think. Two women vie for recognition as the first female conductor of the New York Philharmonic. Nadia Boulanger, born in 1887 in Paris, and Antonia Brico, born in 1902 in Rotterdam, are said to have conducted the ensemble in 1938.

Boulanger, one of the greatest music pedagogues of the 20th century, had an enormous influence on American music. Among her pupils were Virgil Thompson, Aaron Copland, Philip Glass, Quincey Jones, Thea Musgrave, Walter Piston, Elliott Carter, Igor Stravinsky, Astor Piazzolla, Daniel Barenboim, and Roy Harris. Known for her rigorous and disciplined approach, one of her acerbic remarks was often repeated. “Can you live without music?” One student responded, ‘yes. I think so…’ Her retort said it all, “thank the Lord and goodbye!”

Her knowledge was legendary. Boulanger made her conducting debut in 1912, and became the first woman to conduct several major orchestras including the Royal Philharmonic of London in 1937, and the Boston Symphony, Philadelphia Orchestra, and New York Philharmonic in 1938. In Europe, she conducted the Hallé Orchestra and the BBC Symphony. 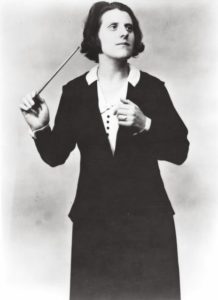 Antonia Brico moved to the United States in 1908. She became a gifted pianist and studied conducting in the US and Europe. Her debut in 1930 was auspicious. She was the first woman to conduct the Berlin Philharmonic. Engagements soon followed including with the Los Angeles Symphony, San Francisco Symphony, and the Hamburg Philharmonic. Rave reviews brought several guest appearances with orchestras in the US and an invitation to lead the new Women’s Symphony Orchestra, which later became the Brico Symphony after men were admitted as players. They performed full seasons through 1942.

When the composer Jean Sibelius heard Brico in concert performing as piano soloist and conducting during a European tour, he invited Brico to lead the Helsinki Symphony in performances of his music. Despite these accomplishments, engagements dried up for Brico in the 1940s. She moved to Denver, Colorado and while there, organized several smaller ensembles. Several years passed before she was able to found her own orchestra in 1948—the Denver Businessmen’s Orchestra, (renamed the Brico Symphony Orchestra in 1968, which subsequently became the Denver Philharmonic.) She conducted the ensemble until 1985. 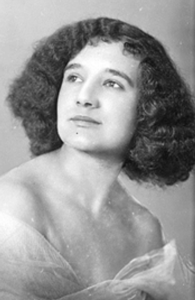 Pianist, composer, and conductor Gwendolen Avril Coleridge-Taylor was born in 1903 in London, the daughter of composer Samuel Coleridge-Taylor. In those days whether you were an author or a composer attempting to get published, it was challenging for women. Although Coleridge-Taylor wrote many works including a piano concerto, large-scale orchestral pieces, chamber music, and choral music, she sometimes had to resort to publishing under the pseudonym Peter Riley. She made her conducting debut in 1933 at Royal Albert Hall with the H.M.S. Royal Marines, the first woman to do so, and was a frequent guest conductor of the BBC Orchestra and London Symphony. Woman conductors faced with the challenges of finding orchestras willing to engage them, founded their own orchestras. Like Brico, Coleridge-Taylor established an orchestra in the 1940s, named after herself. 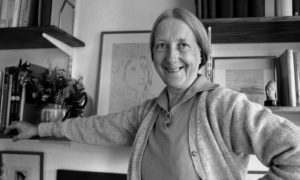 Imogen Holst at home in Aldeburgh, 1972
© Edward Morgan from the Guardian

Imogen Holst was a multi-talented woman. Born in 1907, the daughter of Gustav Holst, and the fifth generation of professional musicians, Ms. Holst, a visionary, became a prolific composer of vocal, instrumental, and chamber music, an inspirational teacher, a writer of composers’ biographies and books on music, a close associate and assistant to Benjamin Britten, artistic director of the famed Aldenburgh Festival for two decades, and conductor, especially of her father’s works, which she meticulously annotated and recorded. Her compositions are still relatively unknown. Host’s Phantasy Quartet is exceptionally beautiful and her recordings are legendary.
(To learn more see Imogen Holst: A Life in Music by Christopher Grogan) 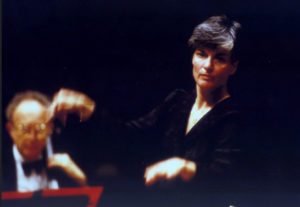 One must mention Sarah Caldwell an American opera conductor, born in 1924, who founded the Boston Opera Group with a shoestring budget. It became the Opera Company of Boston, known for its innovative productions; Catherine Comet, the music director of the Grand Rapids Symphony from 1986-1997, was the first woman to hold a post as music director of a professional orchestra in US. Comet guest conducted the Grant Park Symphony in Chicago, and was the first woman chosen to make a guest appearance with the Woodstock Mozart Festival Orchestra.

This is only the beginning! Several other female mavericks who have broken through the conducting glass ceiling, are featured in upcoming articles.