German cellist Alban Gerhardt has played as a soloist with nearly every major orchestra out there. Rising to fame after his win at several competitions and his debut with the Berlin Philharmonic and Semyon Bychkov in 1991, he shows no sign of letting up, touring the world giving performances of well-loved classics as well as collaborating on brand new works commissions. I talk to him when he is in New York about his upcoming visit to Hong Kong, and more generally about life as a travelling musician. 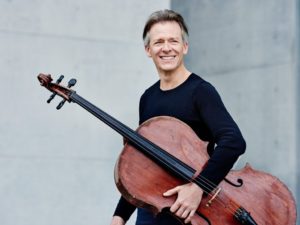 Do you still enjoy the travelling?

Actually yes, more than ever. Playing gets easier with age, somehow. I took some lessons with Heinrich Schiff when I was around 20 and I remember once I met him backstage at the Berlin Philharmonic hall, and he told me, ‘Oh, it gets worse and worse with age, with the nerves and everything!’ But for me, it gets easier. I get less and less self conscious and I enjoy more being able to have such a wonderful life.

Will you teach one day?

I was walking past the Juilliard School with my son the other day, and he asked me if I would be interested in teaching one day. I think maybe when I’m 60 or 70 or something. If I teach I would really do it full time. I still enjoy playing and performing too much, and I don’t really see the thrill in telling other people what to do. I’d rather be responsible for myself; that’s enough to deal with! It’s a big responsibility.

Is there a difference in the way you prepare for a new piece versus a piece you’ve played many times before?

I treat any piece as a new piece that has been written for me. Once I played a concerto by Matthias Pintscher, and a journalist asked me how it felt to play a piece that hadn’t been written for me. I was shocked by that question. Who cares who it was written for? It’s a good piece and I want to play it. But then I realised I was treating more or less any piece I play as if it were written for me, and nobody else had played it yet – even pieces written for Rostropovich. You could see how he played it and maybe take it from there, but I completely ignore his take on the pieces. The composers were great, Rostropovich was great, but ultimately I’m playing the composer’s music and not Rostropovich’s idea of what the composer could have meant. Whether I’m playing Shostakovich or Julian Anderson it’s exactly the same, I’m just trying to find what it tells me and then I do it. 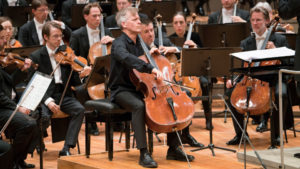 How do you avoid being influenced by other great performers’ takes on pieces, especially if you’re a young performer?

I would advise to everybody not to listen to anything – listen to a lot of music but if you play a piece don’t listen to what other people do. Unfortunately now it appears that you need courage because the today lines of interpretation are so clear that it’s almost a no-go to play differently.

It’s part of music that there are many different ways to do it. That’s also a reason why I don’t teach. I know if I taught I would be preparing people mainly for auditions. I know what people want to hear in auditions and it’s not how I think music should be played. I think [the] Haydn [cello concerto] should have much more freedom than Romantic music, for example, but in an audition they want to hear you play rhythmically, metronomically, and metronomes can be our best friends for some things, but to make music it’s our worst enemy! 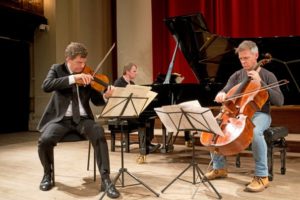 Do you find the way you play changes on which orchestra you’re sat in front of?

For some repertoire it’s easier to play in America because they’re more rhythmical, but mainly my playing remains the same. It’s more the hall: sometimes I sweat more than I sweat somewhere else, but it depends on the hall. The world is so globalised now – it’s wonderful, but in general the regional differences are gone.

I very much like to cook – I’m not a very good cook, but when I’m at home I do all the cooking. I like to play tennis, and I love opera. My wife is the concertmaster at the opera house in Madrid where we’re based, and I enjoy taking our son to rehearsals and performances, and I find the whole life behind the scenes very exciting. I’m learning Spanish and trying to read Spanish books, but I’m not very talented at picking up languages. I had Latin and Greek in school, and Spanish isn’t as easy as I thought!