Blog
Why Stravinsky Is the Most Rock’n’Roll of All Composers
by Doug Thomas September 8th, 2021
Tags: Stravinsky 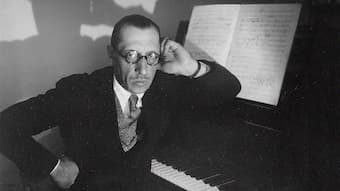 Music takes a whole new meaning when seen in writing; when taken its soul away, and when left to simple ink on paper. Out of their physical contexts, musical ideas are perceived differently. This separation of physical and spiritual allows for notes and details to be understood from another point of view, and similarities between pieces of music to be emphasised. Such an approach allows for genres to be bridged together and for branches to be created too.

For instance, classical music and rock music. The latter — particularly what has been later better known as heavy metal — is well-known for having taken inspiration from classical music, and this since its birth. Whether in the works of Deep Purple and Rainbow, inspired by Bach, or progressive rock bands such as Yes, Genesis and Emerson Lake & Palmer, borrowing from the romantics and modernists — Brahms, Elgar, Stockhausen etc. The list is long and up to today still grows. Classical music influences. 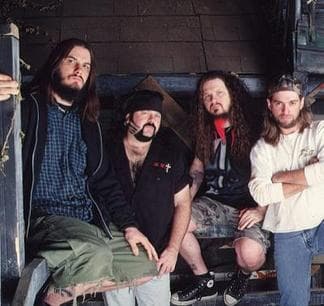 One very interesting connection which derives from this is the one between Stravinsky and thrash metal. Originating in the early 1980s, and represented through the big fours — Metallica, Megadeth, Slayer and Anthrax, not to forget Pantera (we shall not dive into the linguistics of rock music, and for the purpose of the article shall reduce thrash metal, groove metal and any other derivatives to simply heavy metal).

When one looks or transcribes the music of Stravinsky alongside some of heavy metal’s, the similarities start to become quite obvious and the influence of the former on the latter undeniable. An accompaniment to this article is of course Stravinsky’s The Rite of Springs, which includes most of the elements mentioned below as well as the following selection of heavy metal songs.

Igor Stravinsky: The Rite of Spring – Part I: The Augurs of Spring (Dance of the Young Girls) (Philharmonia Orchestra; Robert Craft, cond.)


The Russian composer has done a lot when it comes to the evolution of musicians’ approach to rhythm — much can be said about his work on harmony too though. His music can be perceived and defined through the following vocabulary: animal, energetic, radical, primal, rough, direct, loud, aggressive and at times shocking. In his “Sacrificial Dance” one can surely hear the electric guitar growling aggressively. These elements can be found in heavy metal too. In this genre, the focus is primarily on rhythm rather than harmony — yet, this is quite an oversimplification — and this comes from its origins; rhythm’n’blues, and blues, which itself comes from African music, itself strongly based on a complexity and diversity of rhythms. Pantera’s “Domination” for instance, and the group’s approach to rhythm, space and silence, is essentially involuntarily borrowed from Stravinsky.

Most heavy metal music is based on riffs; in other words short repeated musical cells, or ostinati. Another principle often used in Stravinsky’s The Rite of Spring; “Games of the Rival Tribes” for instance.

Another important aspect of Stravinsky’s music is of course the prominence of percussion instruments — timpani, bass drums, tam-tam and a whole array of cymbals for The Rite — something without which heavy metal, and rock music in general, cannot grow. Emphasis on musical accents is another feature of heavy metal — Slayer’s “Raining Blood” for instance — and is evidently one Stravinsky’s most famous device in order to create musical tension and excitement; “The Augurs of Spring”.

Stravinsky is well-known to have pushed the intentions of Debussy to more extreme domains, in a more obvious and direct manner. Heavy metal has borrowed much of its approach to punk rock, a genre well known for its simplicity and minimalistic ethos in favour of sensations and impressions. Some of the musical devices include the loss of tonal centres, chromaticism and extensive use of (parallel) fifths — in rock music, these are known as power chords. This can be heard in both Metallica’s “St Anger” and Stravinsky’s “Evocation of the Ancestors”.

Interesting enough, a lot of Russian modern music has influenced heavy metal and its sub-genres. Initially in rock music, the classical influence was more about baroque than anything else — in the music of Deep Purple’s Ritchie Blackmore and Jon Lord, Bach was inevitable — but then, when it evolved and went on to music which tended towards more aggressiveness, roughness and a sense of violence, it seems to be the music of modern Russia, and its neighbour countries, which has somehow left its most intense signature. Stravinsky of course, but also Prokofiev and Shostakovich, not to forget Khachaturian.