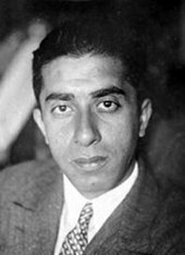 Aram Khachaturian might easily be considered the poster child of Soviet realism in music. Joseph Stalin decreed that a composer in Soviet society had to be “an engineer of the human soul by writing music that communicates directly with the common man and instills in listeners loyalty to the ideals of Communism, love for the Soviet Union, and pride in the working class.” 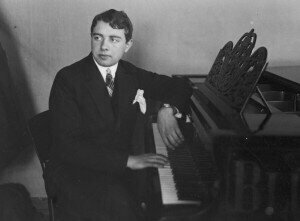 Khachaturian combined the folk music of his native Armenia with the more formal aspects of the Russian musical tradition. “I grew up in an atmosphere rich in folk music,” explains Khachaturian, “popular festivities, rites, joyous and sad events in the life of the people are always accompanied by music, the vivid tunes of Armenian, Azerbaijani and Georgian songs and dances performed by folk bards and musicians. These impressions shaped my musical consciousness and lay at the foundations of my artistic personality.” 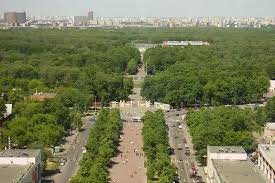 Between 1936 and 1946, Khachaturian wrote a set of three concertos for Lev Oborin (piano), David Oistrakh (violin), and Sviatoslav Knushevitsky (cello). Oborin was the winner of the first Chopin Competition in Warsaw, and he later taught Vladimir Ashekenazy. The pianist was looking for a virtuoso showpiece that would entertain the audience, and Khachaturian happily obliged. The first performance for two pianos was given by Alexei Klumov and Berta Kozels at the Maly Hall of the Moscow Conservatory towards the end of 1936. After a number of revisions the work premiered on 12 July 1937 at Moscow’s Sokolniki Park. Lev Oborin, to whom the work is dedicated, featured as the soloist and conductor Lev Steinberg was in charge of the Moscow Philharmonic. The open-air venue for the premiere presented a number of challenges. For one, Oborin had to play on an upright piano, and strong gusts of winds dislodged the conductor’s eyeglasses. Nevertheless, the work became an overnight sensation and established Khachaturian’s reputation in the West.