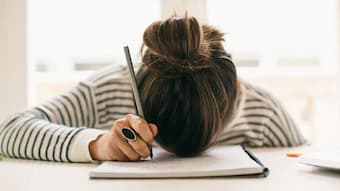 Is the writer’s block (or composer’s block) avoidable? © Goalcast

Being stuck in front of an empty page is quite a common phenomenon for artists, regardless of the medium or format of the art. The writer’s block is the result of the creator not being able to produce new works, and unfortunately it can last for years. It is not only measured by the time elapsed without creating, but also by the productivity over time. A disease that all artists avoid like a plague, yet as much as one can try to steer away from being left with no inspiration, it is at times unavoidable. Some composers have made it a strength, an opportunity to reset, while some have suffered from it forever.

Is the writer’s block — or in this case, the composer’s block — avoidable? If so, how does one avoid the blank page as it is also known? 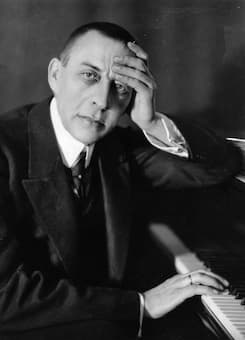 One of the most famous composers who has suffered from the blank page is of course well-knowingly Rachmaninoff, whose three yearlong depression resulted in a writer’s block, leaving the Russian composer unproductive for a long time. He is not the only composer though, Schubert faced difficulty in composing too when he became ill and depressed towards the end of his short life, and even Beethoven faced a few years of creative block, composing less than ten works for almost seven years!

There are a few ways around the writer’s block. Mozart, and many of his peers — despite having a very fertile brain — always composed following pre-set structures – including the harmonic structure — and all that was left to do was fill in the blanks with melodic material. Composing by numbers as one could call it!

Of course, the more one composes, the more the juices flow. When composing as a duty — in the case of Bach for instance — it is a lot easier to be more tolerant as well as detached from emotional and intellectual opinions, creative ideas are more easily accepted. The work has to eventually be completed! Creativity is like a muscle, it needs daily exercise. 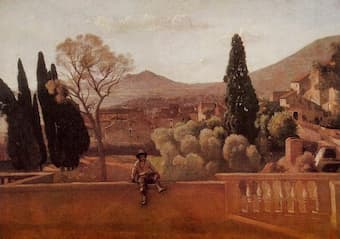 One can use pre-existing material to plant the seed for inspiration, as does Nyman in his own interpretation of Mozart’s Don Giovanni in his In Re Don Giovanni. But the source does not necessarily require an existent musicality; other artistic works — in literature, painting — or even life experiences, such as travels, can provide a great source of inspiration. Think of Liszt’s Années de Pèlerinage, where the landscapes and cityscapes of Italy and Switzerland provide the canvas to the Hungarian composer’s masterpiece.


Eventually, another fantastic way to release the inspiration is of course to think outside of the box; compose for unusual instruments, unexpected settings, or in the case of Cage compose without composing; “4’33”, despite not containing a single note of music, it is one of the most inspired piece of work ever composed.

Some composers seem to have never been affected by the writer’s block and some others are well-known for having benefited from a lack of ideas to express, like Pärt — whose pause and return to music allowed him to come back with his true voice and expression and signature Tintinnabuli style. Outside of the music world, Frank Zappa or Bob Dylan are great examples of musicians whose regular and constant output allowed them not to ever feel the symptoms of the blank page.

One never quite runs out of ideas, rather one forgets how to find and reach them. Creativity is a stew which develops flavours over time and needs constant stirring and heat in order to express itself. The responsibility of the composer is as much to maintain his creativity boiling as to create.

The most adventurous composers rarely suffer from the writer’s block. It is rather for the ones that take shortcuts in their creativity, relying too much on their past achievements and waiting for external triggers to enable it to emerge.