Sibelius as a schoolboy

The small garrison town Hämeenlinna is located roughly 100 kilometers north of Helsinki. When Jean Sibelius was born in Hämeenlinna on 8 December 1865, the town was located in the Grand Duchy of Finland, at that time an autonomous part of the Russian Empire. Jean Sibelius was actually christened Johan Christian Julius, but as a first-year student in Helsinki he “adopted the first name Jean as his music name.” 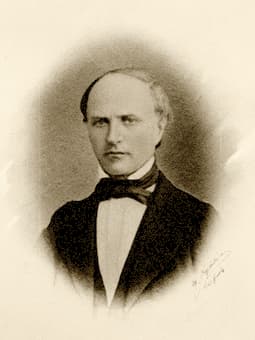 He was the second of three children born to Christian Gustaf Sibelius, a military physician and the town doctor, and Maria Charlotta Borg. The family name “Sibelius” originated from an estate in Eastern Uusimaa, which had been owned by his paternal great-grandfather. Sadly, Jean’s father died of typhoid in July 1868, plunging the family into substantial debts. His mother had to sell their property and the family moved into the home of her widowed mother Katarina Borg. The family spent the summer months in the coastal town of Loviisa, and Jean later wrote, “For me, Loviisa represented sun and happiness. Hämeenlinna was where I went to school; Loviisa was freedom.” 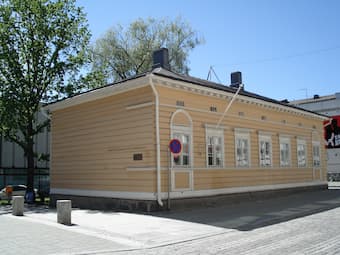 Jean had been exploring the family piano from the age of five, and he received lessons from his aunt. Jean remembers that she was “rapping him on the knuckles whenever he played a wrong note,” and although he progressed slowly, he still learned to read music. His uncle Pehr Sibelius, a seed merchant who was also an amateur violinist and music lover, strongly encouraged his growing love in music. He gave the boy a violin when he was ten years old, and his formal study of music began in September 1881 when he started taking violin lessons with the local military bandmaster. In time, Sibelius would become “a nervous but competent violinist temperamentally suited more to chamber and ensemble performances than to solo appearances.” He played second violin in a local string quartet, and together with his brother and sister engaged in music making at home. 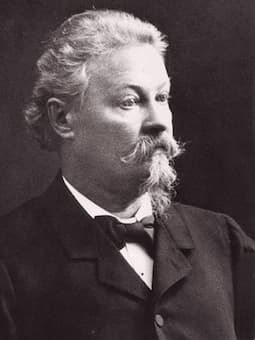 Sibelius grew up during a period of intense economic and cultural changes. Finland had long been controlled by Sweden, and since 1809 it had the status of an autonomous Grand Duchy governed by Russia. “On the one hand, its government, education, coastal commerce and fine arts were dominated by a longstanding élite culture of Swedish-speaking Finns, a minority within the country. On the other, the Finnish-speaking majority in the interior had traditionally wielded no social power, although a movement was under way to legitimize the language and to embrace it as the driving force of an authentic, assertive self-identity.” Two decidedly different streams represented the Finnish character. “One was Scandinavian, urbane, sophisticated and international in outlook. The other was Finno-Ugric, rooted in rugged peasantry, uncompromisingly idiosyncratic, inscrutable to the outside world.” Sibelius came from a Swedish-speaking family, and he first learned the rudiments of the Finish language at the age of 10. Apparently, he “showed little regard for the Finish language at that time,” and his in-depth involvement only came about in the 1890s. 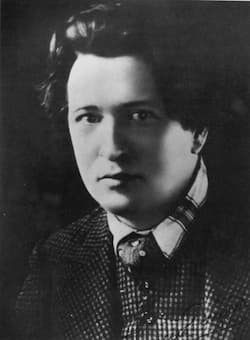 Jean’s first compositions date from around 1883, and he informs his uncle Pehr that he had composed a trio and was working on another. “They are rather poor,” he writes, “but it is nice to have something to do on rainy days.” Jean also worked through a number of theory and composition textbooks, and began to compose chamber works in simplistic imitation of Haydn, Beethoven, and Schubert. Supported by a loan from his uncle, Sibelius began to study law after graduating from high school in 1885. However, at that time he was far more interested in music and he entered the Helsinki Music Institute—now the Sibelius Academy—as a violinist. His violin technique improved rapidly, but he was inescapably drawn to composition. He received his first formal instruction from Martin Wegelius, a champion of the music of Wagner and Liszt—and he formed a lifelong friendship with the young Ferruccio Busoni. Within a period of about two years, Sibelius composed over a dozen works “flavored with Nordic mannerisms and sentimental earnestness.” Sibelius never sanctioned these student works for publication, but he was well on his way of becoming a significant composer.