Composers Inspiration
Sigismond Thalberg at the Opera
“Totally Unlike in Style to either Chopin or Liszt”
by Georg Predota April 14th, 2021
Tags: Thalberg 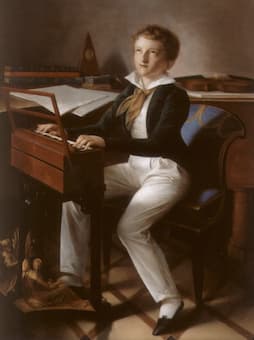 Thalberg as a boy

Sigismond Thalberg (1812-1871) devised one of the most illustrious and financially successful careers the world of music had ever seen. He was one of the greatest virtuoso pianists of his day, and he performed almost exclusively his own compositions based on opera arias by Meyerbeer, Donizetti, Verdi, and sometimes Weber and Mozart. His basic compositional method was relatively simple. “It involved placing the melody at the center of the keyboard first in one hand, then in the other—the melody being prolonged by the sustaining pedal—and then ornamented with florid counterpoint and chords above and below.” As the famed Carl Czerny wrote, “Thus arises the remarkable effect, as if the melody were played by another person, or on another instrument.” The emergence of the melody from the middle of such widely spread keyboard writing created the illusion of a third hand playing.

Thalberg’s keyboard innovation became so popular that it actually tarnished his legacy, with critics and rivals disparagingly calling him “Old Arpeggio.” This pejorative assessment clearly misses the point, as “properly understood, its significance lies in Thalberg being the first to approach keyboard writing by treating the two hands together as a single and integrated ten-fingered apparatus, rather than as a separate right hand and left hand, each with its respective five digits.” 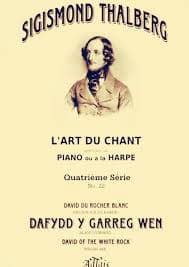 A good many Thalberg contemporaries considered his kind of virtuosity indulgent and insubstantial. Foremost among them was Franz Liszt, who responded to claims that Thalberg had created a new piano-style by uniting two different schools on 14 May 1837. Liszt writes “Posing M. Thalberg as representative of a new school! Apparently the school of arpeggios and thumb-melodies? Who would admit that this was a school, and even a new school? Arpeggios and thumbs-melodies have been played before M. Thalberg, and they will be played after M. Thalberg again.” It was reported that Thalberg possessed an extraordinary technique, “famed for its economy of motion and reliability.” With all these pianistic pyrotechnics at hand it is easy to overlook an essential part of Thalberg’s art. His playing was consistently singled out for the beauty of his tone, “and his ability to make the piano sing.” A contemporary reported, “What made the pleasure of hearing him play a luxury to the ear, was pure tone. I have never heard such another, so full, so round, so soft, so velvety, so sweet, and still so strong!” Thalberg was greatly concerned with transferring the singing voice to the piano. In fact, it was of such importance to him that he produced various short arrangements of opera arias and used them as teaching pieces. 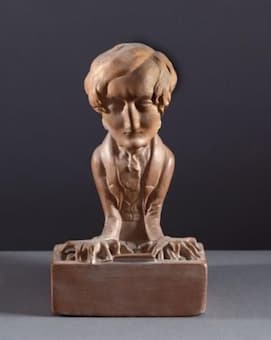 Thalberg had his fingers squarely on the pulse of his time. Opera was immensely popular, and operatic tunes were the hit parades of the day. They enjoyed universal popularity and were loved by audiences from all social classes. As opera was not generally accessible to a large part of the public, these tunes appeared in a substantial variety of guises in alternate avenues of distribution. You might hear them performed by anything ranging from vocal/chorus arrangements to barrel organs in the street. In addition, manufacturing innovations and rivaling instrument companies turned the piano into the most popular domestic instrument. Countless amateurs would slug through operatic adaptations produced by nameless arrangers and sold as sheet music. However, the opera fantasy also served as a shining vehicle of virtuosity. Concerts around the mid-19th century would habitually feature one of more operatic fantasies, composed and performed to bewitch audiences with gorgeous melodies and technical wizardry. 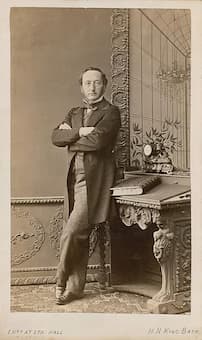 Sigismund Thalberg, together with Franz Liszt and countless others, stood at the apex of this veritable operatic fantasy craze. Thalberg composed and performed a good many of these popular audience favorites, however, he also won praise from Schumann who had little time for mere technical virtuosity. Schumann, as has recently been suggested, “played a significant role in the nineteenth-century German interaction between virtuosity, Romantic aesthetics, and the ideology of serious music.” Schumann praised the sensuous pleasures of Thalberg’s composition as “integrating qualities that satisfied the ears and the fingers.” As the century progressed, displays of virtuosity were considered indulgent, and music history has not been kind to Thalberg. However, Thalberg had a keen sense of dramatic narrative, and his best paraphrases are attractively and ingeniously constructed. His music is “characterized by highly idiomatic keyboard choreography and striking inventiveness,” and a number of current virtuoso pianists have thankfully begun to explore this exciting and unique repertoire anew.