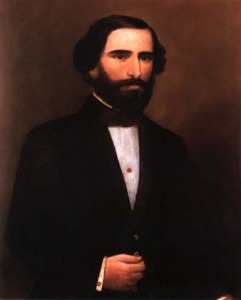 Did you know that no single cell in your body is older than 10 years? Some of your cells have an even shorter lifespan. For example, the cells lining your stomach only last five days, your red blood cells regenerate after about 120 days, and the surface layer of your skin is recycled every two weeks. Your tissues and bones are in a constant stage of renewal, continuously making more or less exact copies of themselves. Since this principle also applies to the cells in your brain, we really should not be surprised that memory is such a fickly thing! If we ever needed proof of the brains ability to selectively recall events from the past, or conveniently forget thoughts, deeds or people, we only have to read Giuseppe Verdi’s Autobiographical Sketch of 1879. Almost every sentence embellishes or contradicts actual biographical fact. This is not only true with regard to his personal life and relationships, but also applies to composers and works that greatly influenced his personal musical becoming. Among them was the Neapolitan composer Federico Ricci (1809-1877), who scored his first big success with La prigione di Edimburgo (The prisoner of Edinburgh), an adaptation of Sir Walter Scott’s The Heart of Midlothian.

La prigione, first performed at the Teatro Grande in Trieste during carnival season of 1838, is an opera semiseria, which presents predominantly serious action yet includes one or more comic characters. As such, it is located between opera seria and opera buffa and might rightfully be considered a genuine example of melodrama (mixed drama). A local critic reported, “the music is vigorous and filled with feeling; hence distinctive in the highest degree, and of the greatest effect. It is a massive work, rich with melodies and harmonies; without confusion in its instrumentation and its vocal writing; in truth it is a magnificent music that penetrates, moves, and satisfies. It reveals to us the composer’s talent for the genre of the serious and the grandiose.” Ricci was clearly searching for expressive devices that had an emotive effect, among them delicate chromatic harmonies, touches of instrumental colour, and rhythmic devices. In essence, his music remains delicate and nuanced, following in the great traditions of bel canto. In 1841, Ricci scored a resounding success at La Scala in Milan — with Giuseppe Verdi in the audience — with his opera Corrado d’Altamura. Tellingly, the libretto is based on the same literary background as Verdi’s Oberto. 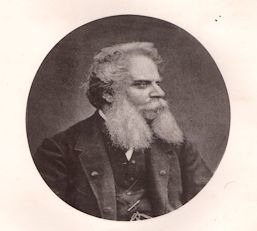 Following its rousing triumph in Milan, the work was subsequently heard in Amsterdam, Copenhagen, Lisbon, Boston, Malta and even Buenos Aires in the 1850’s and 60’s, but it has not been performed in the 20th century. Corrado concludes with an adagio duet, which is prefaced by an orchestral introduction that retains close links with the prelude that opened the opera. Both open with the same harmonic progressions and same note values. As such, the prelude at the beginning of the evening already anticipates the ultimate catastrophe at the end. It is the same musical and dramatic device that Verdi used in the prelude to Act 1 of La traviata.

To commemorate the first anniversary of Gioachino Rossini’s death, Giuseppe Verdi proposed an artistic collaboration. He suggested that 13 Italian composers, among them Antonio Buzzolla, Carlo Pedrotti, Alessandro Nini and Gaetano Gaspari — would come together and write music for a Requiem Mass. Although the composition was finished by the summer of 1869, the performance was canceled and the manuscript miraculously disappeared. The manuscript to the Messa per Rossini was eventually found in 1970, and first performed in 1988. Verdi himself contributed the concluding “Libera me” (Deliver me), and he also asked for a contribution from Federico Ricci.

Jeremy Commons has suggested that, “there are literally dozens of 19th century Italian composers whose works had been allowed to drop out of circulation and sink into unmerited oblivion.” One such composer, who had a tremendous impact on Verdi’s musical development, was Saverio Mercadante, and we will meet him in our next episode.