“I seek for love everywhere—ceaselessly” 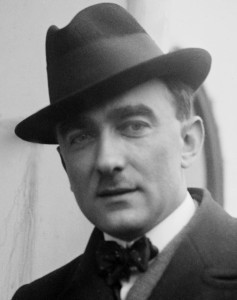 In 2017 we celebrate the 80th passing of Karol Szymanowski (1882-1937), one of the most unique musical voices of the 20th century. Born in the Ukraine into a family of landed gentry who settled there following the partition of Poland, Szymanowski had a serious accident as a child. A severe injury to his legs left him immobilized for years, and significantly affected his physical growth, and the development of his personality. Unable to participate in public education, he was home schooled in general and musical matters. He did take private lessons in harmony and composition from two professors at the Warsaw Music Institute, and in 1905 he joined a group of self-styled composers named “Young Poland in Music.” The principal spokesman for the group, Stanisław Przybyszewski, gave an uncompromising expression for their ideals, “Art has no aim, it is aim in itself; Art stands above life, penetrates the essence of the universe, it becomes the highest religion, and the artist becomes its priest.” Through his association with “Young Poland,” Szymanowski’s early music was published and performed. 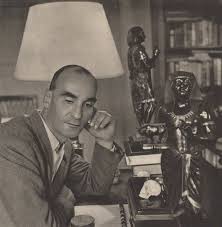 The views of “Young Poland” decidedly influenced Szymanowski creative spirit, and some of his most captivating music represents a poignant withdrawal from the world. Particularly, it represents an escape into an interior landscape of exotic imagery that was often inspired by Greek and Arab mythologies. He personally visited Sicily with his friend Stefan Spiess in 1911, and they made a significant journey to North Africa in 1914. These journeys not only fueled his fascination with the culture of the orient, but also affirmed his homosexuality. Arthur Rubinstein reports, “Karol has changed; I had already begun to be aware of it before the war when a wealthy friend and admirer of his invited him twice to visit Sicily. After his return he raved about Sicily, especially Taormina. ‘There,’ he said, ‘I saw a few young men bathing who could be models for Antinous. I couldn’t take my eyes off them.’ Now he was a confirmed homosexual. He told me all this with burning eyes.”

Unsuitable for military service, he composed a substantial number of works between 1914 and 1917. Szymanowski studied Islamic culture, Greek drama and philosophy, and produced musical works of great originality and diversity of style, yet the October Revolution and the destruction of estate brutally confronted him with the realities of war and disease, with the “cynical force of brutal facts.” He wrote to a friend, “Can you imagine, I cannot compose now. I am writing a bit, of course without any literary aspirations, simply to get things off my chest.” He was in fact writing on the full-length novel Ephebe, which takes erotic love, and especially a love that is independent of all norms of public opinion as the central theme. Only fragments of this literary work survive, including a chapter translated into Russian by Boris Kochno. Szymanowski had been deeply in love with the 15-year old Kochno in 1919, and wrote four explicitly gay poems for him. Unfortunately, Boris became the secretary, librettist, collaborator and lover of Sergei Diaghilev only a year later, seriously troubling the relationship between Szymanovski and the impresario.

Karol Szymanowski: Masks, Op. 34
The opera Król Roger (King Roger) was first conceived by Szymanowski and his distant cousin Jaroslav Iwaszkiewicz in June 1918. The subject of the opera is the conflict between King Roger, Norman ruler of Sicily, who falls in love with the Shepherd, revealed finally as Dionysus himself. In the event, the composition took almost seven years and the complete opera was first performed in Warsaw in June 1926. King Roger is a piece that conjures a sound world, a drama and musical vision that is rooted in the hyper-expressivities of early 20th century modernism, but it’s also a dangerously intoxicating music drama.” The plot echoes the conflict between Dionysus and Apollo, the wild and orgiastic as opposed to the serene in Greek art. It has been suggested that the character of Roger embodies Szymanowski’s own internal and external struggles. At ease with his homosexuality, Szymanowski writes some of the most ecstatic music ever written for the opera house. Bathed in an expressive certainty of blinding musical colors, it represents some of the most powerful music written in the early 20th century.