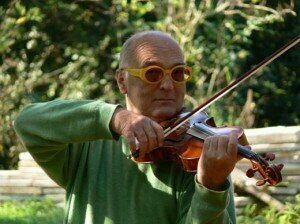 Only two of Bruno Monsaingeon’s books came from his films, the 6 others are all independent productions. The two books, Mademoiselle and Richter, had very different sources of generation. 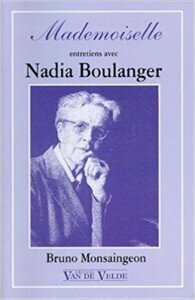 Mademoiselle: A Portrait of Nadia Boulanger

For Mademoiselle, Monsaingeon had the incomparable teacher of the 20th century, Nadia Boulanger, as his subject. His original assignment was to interview her for a set of radio programs. From 1977 to 1979, every Tuesday, from 2 pm to 6 pm, they spoke and Monsaingeon recorded their conversation. Boulanger was 90 in 1977 and she was frequently tired during their interviews, yet always insisted on speaking for the entire 4 hours, despite her fatigue. The interviews were transcribed and Monsaingeon sat down with hours of tape and a thousand pages of transcription. Monsaingeon created the radio program not by selecting sentences and ideas but by selecting a word here, a word there to create the conversation. His documentary about her was his Op. 11 film, Mademoiselle: A Portrait of Nadia Boulanger. The result, published later in Monsaingeon’s first book, Mademoiselle: Conversations with Nadia Boulanger, has been praised by many of her students, such as Leonard Bernstein, as representing the Nadia that they knew. For Monsaingeon, the book was a process that represented her will, since her words were frequently disrupted by her age and memory. 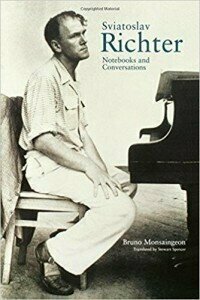 Richter, Writings and Conversations is two books in one: the first half is the story of the film, which was 25 years in discussion before a camera rolled, and the second is reconstructions of their conversations during the 3 years of actually filming.

In many of his books, it is those hours and years of conversation that form the core of the work. The recent collection, Yehudi Menuhin, which is volume 2 of the Bruno Monsaingeon Edition, combines some 13 films by Monsaingeon with years of discussion with the violinist. The original book appeared only in French a year after Menuhin’s death and it is only now, with this reissue, that the book is in French, German, and English. 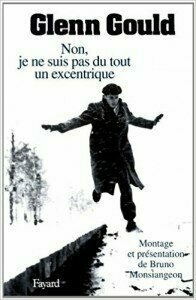 The preponderance of the books is about Monsaingeon’s favourite subject, Glenn Gould, one with the wonderful title of Non, je ne suis pas du tout un excentrique.

The books represent the hours of conversation, the hours of discussion, and all the interactions Monsaingeon had with his subjects as he was setting up the filming process. 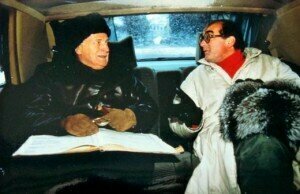 The other side of Bruno Monsaingeon, and the one that has been critical to his filming career, is his skills as a musician. He took lessons with Menuhin and continues to this day to perform, usually in small chamber or trio works, with public performances one or two times a year. It’s an enormous advantage when you’re trying to get to know a musician if you can play duets with them. Monsaingeon stopped for many years, having been actively discouraged from public performances by Glenn Gould, who thought it all a waste of time. Whereas Bach was the God for Gould, Monsaingeon finds Mozart as his God. You can see his performance as part of the film 32 Short Films About Glenn Gould, in the 13th film, starting at 1:32, where he plays violin as part of a string quartet performing Gould’s Opus 1. 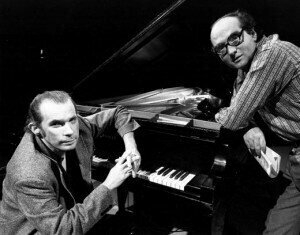 We can see from this that his art is not inconsiderable. You’ll see also in the film that he has memorized the music, as have the other members of the quartet. He feels that this gives any musician a closer connection with the other players and you can see that interaction in the film.