To his extensive entourage, fellow colleagues, and large circle of friends, Pyotr Ilyich Tchaikovsky was “a sweet and caring man, full of excellent manners.” Yet in his own words, the composer considered himself almost antisocial. “By nature, I am a savage,” he writes, “every new acquaintance, every fresh contract with strangers has been the source of acute moral suffering.” 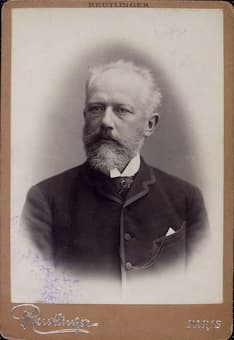 For a composer seeking public recognition and an artistic career, this turned out to be a bit of a problem. Only his closest friends were aware of his state of mind, and that included Tchaikovsky’s principal music publisher Pyotr Jurgenson (1836-1904), to whom he writes, “I feel at my best when I am alone.” Jurgenson had initially provided financial assistance to Tchaikovsky’s fledgling career by giving him various commissions and assignments. And in 1867 he published Tchaikovsky’s Opus 1, and in the end acquired the rights to publish the composer’s works in Russia and throughout the world. In essence, Jurgenson managed Tchaikovsky’s business affairs, and he recognized the importance of preserving the manuscripts of the composer. He also proved to be a highly supportive friend in the wake of Tchaikovsky’s failed marriage. 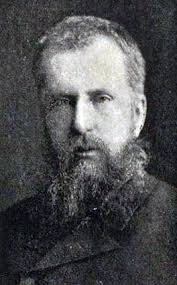 Herman Laroche (1845-1904) was an incredible musical talent. He wrote his first compositions by the age of ten, and by age twelve he was invited to enroll at the newly found Saint Petersburg Conservatory. He first met Tchaikovsky in 1862, and the two students became lifelong friends. Tchaikovsky found in Laroche an unofficial guide and mentor, while Laroche became the first critic of Tchaikovsky’s school compositions. Initially, he seemed to have been pessimistic about Tchaikovsky’s composing prospects, but Tchaikovsky placed the greatest confidence in his judgment. After graduation, both worked as professors at the Moscow Conservatory, but Laroche increasingly turned to music criticism. He contributed a good many articles to various publications, and after the composer’s death, Laroche wrote a number of valuable studies and memoires of his friend. Laroche was somewhat inexperienced in earthly matters, which not only amused Tchaikovsky, but also gave him the opportunity of helping and advising his friend. When Laroche’s second marriage failed, he suffered a creative crisis. During this period Tchaikovsky assisted him with his articles, and he orchestrated sketches for Laroche’s Overture-Fantasia in 1888. 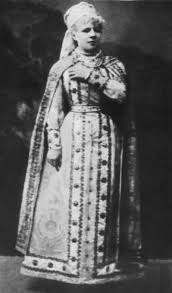 Emiliya Pavlovskaya (1853-1935) performed on a number of European and Russian operatic stages, and she had long-term contracts at the Bolshoi Theatre in Moscow and the Mariinsky Theatre in Saint Petersburg. Tchaikovsky considered her an exceptionally talented, clever, and gifted singer, and he was a frequent guest at Pavlovskaya’s house. In her memoirs, she recalled a conversation in May 1885. “Pyotr Ilyich once came to me,” she writes, “frightfully worked up, and told me that he had just been to see Anton Rubinstein and had come straight to me to ask my advice. He had been invited to become director of the Moscow Conservatory and Rubinstein was trying to persuade him to accept this offer; Pyotr Ilyich was terribly worried and didn’t know what to do. I resolutely set about dissuading him from accepting the offer, as I knew very well his forgetfulness, his soft character, his nervousness, and the complete absence of any administrative streak in him.” Following this conversation, Tchaikovsky apparently sat down immediately to write a telegram to Rubinstein declining the offer. The friendship soured when Tchaikovsky’s opera The Enchantress failed because Pavlovskaya had given an unsatisfactory performance as the heroine Nastasya. Pavlovskaya accepted blame for the fiasco and suggested that Tchaikovsky pick another Nastasya. And she was aware that Tchaikovsky was angry at her, writing, “Something has happened between us (on your part), some dark cloud has come over me… I don’t understand… but I can feel it, and it hurts me very, very much.” 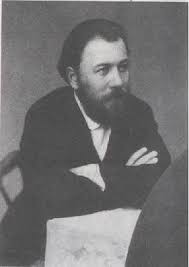 The composer and critic Alexander Serov hosted a popular salon in Saint Petersburg in the early 1860s, and it was at one of these gatherings that Tchaikovsky met the architect and amateur musician Ivan Klimenko (1841-1914). Their friendship became particularly close when Klimenko moved to Moscow and overlapped with the composer between 1869 and 1872. The relationship was not only highly intimate it also served as a sounding board for musical matters. Tchaikovsky writes, “As regards to ambition, I must tell you that I have certainly not been flattered of late. My songs were praised by Laroche, but Cui and Balakirev don’t think highly of them… My overture, Romeo and Juliet, had hardly any success here and has remained quite unnoticed. I thought a great deal about you that night. After the concert we supped, and no one said a single word about the overture during the evening. And yet I yearned so for appreciation and kindness! Yes, I thought a great deal about you, and of your encouraging sympathy.” At the request of Modest Tchaikovsky, Klimenko would eventually write a highly intimate account of his relationship with Pyotr. 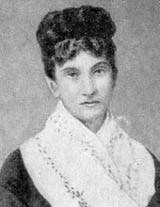 Nadezhda von Meck (1831-1894) gave birth to 18 children, and when her husband Karl von Meck unexpectedly died, she inherited a great deal of money. With her husband’s considerable fortune at her disposal, she indulged her musical passions and generously supported the Russian Musical Society. Through Yosif Kotek she came in contact with Tchaikovsky’s compositions, and the ensuing correspondence lasted almost fourteen years. Tchaikovsky and Nadezhda von Meck never met personally, but the relationship provided moral support and a regular financial allowance to the composer. Von Meck was a highly educated woman who had vast knowledge of literature, history, and philosophy, and she spoke a number of foreign languages. They corresponded on equal terms, without condescension or social snobbery. Tchaikovsky called her his “best friend,” and the platonic relationship with a great composer must have satisfied an important inner need in her. Through her generous financial support, Tchaikovsky was able to focus exclusively on his creative work, and he dedicated three of his compositions to her. Because of the private nature of their relationship even dedications had to be done secretly, so the set of pieces for violin and piano entitled Souvenir d’un lieu cher simply carry the inscription “dedicated to B,” identifying his benefactress’s estate at Brailov. 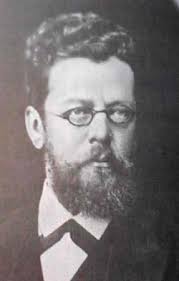 Nikolay Hubert (1840-1888) was a fine pianist who entered the St. Petersburg Conservatory at the age of 23. He studied orchestration with Anton Rubinstein, and he formed a lifelong friendship with Tchaikovsky, a fellow student. After graduating he held a couple of temporary jobs, but in 1870 became professor of music theory at the Moscow Conservatory. He was the only witness to the disastrous occasion when Tchaikovsky played his First Piano Concerto to Nikolay Rubinstein. Hubert replaced Laroche as the pre-eminent music critic at the journals Contemporary Chronicle and the Moscow Register during the 1870s, and Tchaikovsky was always ready to assist with writing one or the other articles. Hubert and his wife Aleksandra were among Tchaikovsky’s closest friends, and they made piano transcriptions of many of the composer’s orchestral works. In 1872, Tchaikovsky dedicated one of the Six Romances, Op. 16, to his close friend.