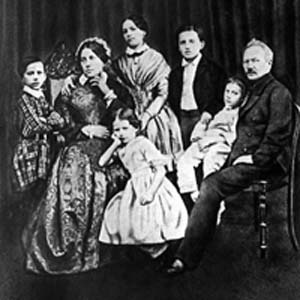 Even at the best of times, the relationship between Russia and the Ukraine has been somewhat troubled. Although they share much of their early history, the Mongol invasion in the 13th century initiated a distinct division between the Russian and Ukrainian people. Tensions escalated over subsequent centuries, and from the mid 17th century, the Ukraine was gradually absorbed into the Russian Empire. In 1918, Ukraine declared its full independence from the Russian Republic, and it took two treaties to calm the military conflict. In 1922, both Ukraine and Russia were founding members of the Union of Soviet Socialist Republics, and both were signatories to the termination of the union in December 1991. Ever since, acute and ongoing territorial and political disputes have shaped the tenuous relationship between the two countries. You only have to listen to the daily news to know what I mean!


The reason for this brief historical overview is simple. Textbooks on music history consider Pyotr Ilyich Tchaikovsky (1840–1893) “an outstanding Russian composer,” and rather conveniently overlook the fact that the composer had Ukrainian roots. His paternal grandfather Pyotr Fyodorovich Chaikovsky was born in the Ukrainian village of Mykolayivka, and he trained as a doctor at the Kyiv Academy. His military service took him throughout Russia, but his son Ilya Chaikovsky (1795–1880) remained close to the Ukrainian roots of his father. And the same is certainly true for his son Pyotr Ilyich. Although born in the Russian town of Votkinsk, Tchaikovsky annually spent several months in the Ukraine, where he composed over 30 works. Tchaikovsky wrote: “I found the peace of mind here that I had unsuccessfully sought in Moscow and Petersburg.”

Tchaikovsky knew and loved Ukrainian folklore for its melodiousness and profound lyricism, and these important cultural and musical influences found their way into some of his best-known compositions, including the Piano Concerto No.1 in B-flat minor, Op. 23. 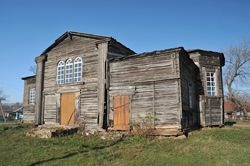 The house where Tchaikovsky used to stay in Ukraine

Nikolai Rubinstein was generally regarded as the foremost Russian pianist of his time, and he greatly encouraged Tchaikovsky’s creative effort. However, their friendship became severely strained when Tchaikovsky dedicated, and presented his first Piano Concerto to Rubinstein. Tchaikovsky recalled that “I played the entire work for Rubinstein, but he did not say a single word. When he finally spoke, a torrent of insults poured from his mouth. My concerto was worthless and unplayable. Passages were so fragmented, so clumsy, so badly written that they were beyond rescue. The work was bad, vulgar and I had shamelessly stolen from other composers.” To consider the work unplayable is one thing, but to call it vulgar hints at a fundamental dislike of its Ukrainian influences. Needless to say, Tchaikovsky hastily changed the dedication to Hans von Bülow, who gave the first performance of the work on October 25, 1875 in Boston.

The first movement inscribed “Allegro non troppo” opens with a majestic introduction, broadly voiced in the orchestra and forcefully punctuated by widely spaced chords in the piano. This memorable tune—scored in the unusual key of D-flat major—is first heard in the orchestra and later taken over by the soloist. Surprisingly, the soloist proceeds straightaway into an extensive piano cadenza. Once the strings articulate the theme once more, the introduction comes to a close, and astoundingly, this theme is never heard again. Soft horn calls and a brass chorale announce the movement properly, with its first theme derived from an Ukrainian folk tune. Maintaining a perfectly balanced discourse between the orchestra and soloist, Tchaikovsky energetically emphasizes the rhythmic qualities of this tune. The lyrical contrast, which unfolds in two sentimental melodies, is first introduced by the orchestra and then repeated by the solo piano. A highly virtuosic interlude provides the segue-way for an extended development section, which continues to alternate passages of dramatic expression with virtuoso displays by the soloist.

A gentle and introspective dance, introduced by the flutes, opens the “Andantino” movement. For the most part, the piano performs an accompanimental function, as this lilting theme is sounded by the cello and oboe. However, in the central “Prestisssimo”, based on the French tune “Il faut s’amuser et rire” (It’s all fun and laughter), a very demanding piano part is reinstated, before a brief cadenza returns us to the opening dance.

The concluding “Allegro” opens with another Ukrainian folk-song, broadly contrasted by an expansive romantic theme, first sounded in the strings. Russian and French influences notwithstanding, it becomes immediately apparent that Tchaikovsky’s Ukrainian musical roots creatively shaped this venerable warhorse of the concerto repertory.