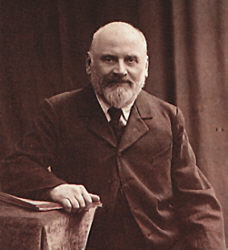 “It’s unplayable,” said the virtuoso pianist and composer Mily Balakirev, “there are passages in this work that I simply can’t manage.” Alexander Scriabin seriously damaged his right hand frantically practicing this composition, and Maurice Ravel remarked that his goal in writing Gaspard de la nuit was to compose a piece that was “more difficult than Balakirev’s Islamey.” But it wasn’t mere technical difficulties and pianistic challenges that inspired Balakirev, but a series of musical excursions to the Caucasus Mountains in the 1860s. This rugged and untamed region is located at the border between Europe and Asia, and situated between the Black and Caspian seas. Known for its extraordinary linguistic and cultural diversity, the region is home to more than 50 ethnic groups and no fewer than three language families that are unique to the area. On his working holidays, Balakirev was stimulated by the regions rich folk music traditions and collected melodies transmitted orally by its indigenous populations. It was here that he stumbled upon a melody that would later serve as the basis for the first theme of his best-known piano piece, Islamey, subtitled an “Oriental Fantasy.”

Balakirev related to this friend Eduard Reis, “the grandiose beauty of the luxuriant natural surroundings in that region and the commensurate beauty of its inhabitants, all of this taken together left a deep impression on me. As I was interested in the local folk music, I sought out the acquaintance of a Circassian prince, who frequently came to see me and played folk melodies on his instrument, which bore some resemblance to a violin. I took a special liking to one of those melodies, a dance tune called “Islamey,” and with a view to the work I had in mind on [the symphonic poem] Tamara, I began to arrange it for the piano.” The second theme of the composition is based on a love song from the Crimean Tatars, which was introduced to Balakirev by the Armenian actor K. N. de Lazari, a member of the Bolshoi Theatre. Contrary to his usual habit of taking years to complete a work, Balakirev finished Islamey between 21 August and 25 September 1869. Apparently, Balakirev rushed completion to provide the pianist Nikolai Rubinstein with a showstopper for a recital to be held on 12 December 1869 at the “Free Music School” founded by Balakirev in St. Petersburg. Rubinstein claimed that he had struggled with the piece and thought it so difficult that “few would be able to master it.” From the very beginning, it seems, Islamey gained the undeserved reputation of being unplayable.

Balakirev revised the work in 1902, adding a number of ossia passages to technically simplify the musical text. Technical brilliance aside, the work was foremost a concerted effort on behalf of a national style of music. Balakirev explained in a letter, “I did not have a program in mind when I composed the piece… It must have been the originality of the first theme, and my deep impressions of the Caucasus reflected therein, that lent my composition its distinctive flavor and drew upon it the attention of the great Liszt. This probably explains why, as I hear, it is so popular abroad, whereas one never has a chance to hear it here in Russia.” Balakirev was only partially correct, as Alexander Borodin included quotations from the piece in his opera Prince Igor, while Nikolai Rimsky-Korsakov did the same in Scheherazade. In fact, the melodies preserved in Balakirev’s Islamey are still present in folk music in the former USSR. The enormous technical challenges of the work aside, Balakirev had created a lasting musical document to accompany the burgeoning awareness and awakening of his nation’s music.