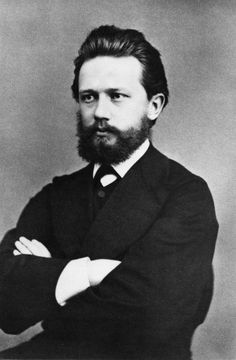 The lawyer Nikolay Kondratyev (1832-1887) was first introduced to Tchaikovsky in 1864 at the estate of Prince Aleksey Golitsyn. They became fast friends in 1870, when the Kondratyev family moved to Moscow for the winter. Tchaikovsky was a frequent guest at the Kondratyev Moscow household, and he also visited the family estate near Kharkov on a regular basis. In the countryside he worked on his operas The Oprichnik (1870–72) and Vakula the Smith (1874), his Symphony No. 3 (1875), as well as his Guide to the Practical Study of Harmony (1871). 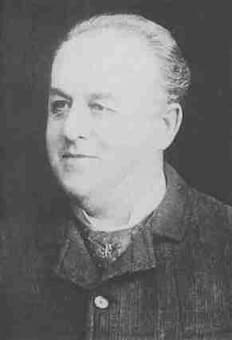 It has been suggested that “the two men enjoyed a difficult and complex relationship…Kondratyev was a capricious, selfish, and willful person and extremely difficult to get on with, especially for so sensitive and delicate a companion as Tchaikovsky. And yet, despite the categorical assertions quite often found in his writings, Tchaikovsky continued to take pleasure in Kondratyev’s company.” Kondratyev was extremely generous with his money, and his entire family accompanied Tchaikovsky, Modest and Nikolay Konradi on a sightseeing tour of Italy. Kondratyev’s daughter Nadezhda wrote, “My father, N. D. Kondratyev, famous for his friendship with Pyotr Ilyich Tchaikovsky, was a very clever and all-round educated person. He passionately loved music, literature, and painting; he read all the journals, spoke many languages, travelled a great deal, and read all the works written by Russian and foreign authors… there was no dearer person and better friend on the whole wide world than Pyotr Ilyich.” 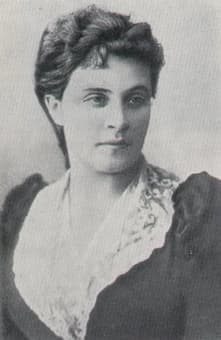 Aleksandra Panayeva-Kartsova (1853-1942) was a singer and the second cousin by marriage of Tchaikovsky. She went to Paris to study with Pauline Viardot and returned to Russia performing in concerts organized to raise funds for the Russo-Turkish War. Initially she became friends with Tchaikovsky’s brother Anatoly, and when the piano score of Yevgeny Onegin was published in 1878, she learned the role of Tatyana by heart. She even organized a private performance of the opera, and when the opera publicly premiered a few days later, Anton Rubinstein made a clumsy attempt to introduce Tchaikovsky to Aleksandra. The result was predictably, as the composer swiftly ran away from her box at the theatre. However, a couple of days later Tchaikovsky and his brothers called on the Panayeva household, and he was delighted by Aleksandra’s singing. She initiated an all-Tchaikovsky concert in St. Petersburg in 1880 that was secretly attended by the composer. Aleksandra somehow convinced him to join her on stage and take the applause. In the same year, he dedicated his set of Seven Romances, Op. 47, to her. Alexandra was deeply affected by the composer’s death and was unable to attend any of the concerts in his memory. For over two years she was not able to sing a single note written by Tchaikovsky. 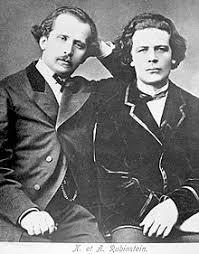 Nikolai Rubinstein (1835-1881) was regarded as one of the greatest pianists of his time. He did have a serious competitor in his brother Anton who once remarked, “if Nikolai had really worked on it, he could have been the better pianist of the two.” Nikolai’s pianistic style was at odds with that of his fiery brother, as he opted for a restrained classicism “emphasizing salient details of the structure of a piece and revealed great clarity of detail.” Nikolai was a close friend of Tchaikovsky, and he appointed him professor of music theory at the newly opened Moscow Conservatory in 1866. For a period of time, Nikolai even provided lodgings for Tchaikovsky in his own apartment. Above all, he became a great promoter of Tchaikovsky’s music, and he conduced the premieres of almost every orchestral composition by his friend. Grateful for all the support, Tchaikovsky dedicated more of his works to Nikolai Rubinstein than to anyone else. This includes among others his Symphony No. 1, a Serenade for Nikolai Rubinstein’s Name-Day, a Piano Trio dedicated posthumously “in memory to a great artist,” and his Piano Concerto No. 2. 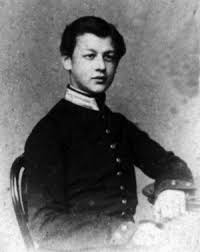 Pyotr Ilyich Tchaikovsky and Sergey Kireyev (1844-1888) were schoolmates at the Imperial School of Jurisprudence in Saint Petersburg. Early commentators already noted that Kireyev and Tchaikovsky “were bound by a special friendship.” In his official biography, Modest Tchaikovsky did not make reference to the existence of a relationship as he was probably worried that Kireyev was only twelve years when he met Tchaikovsky, who was then a senior. In his unfinished Autobiography, however, Modest writes: “This was the strongest, most durable, and purest amorous infatuation of Tchaikovsky’s life. It possessed all the charms, sufferings, depth, and force of the most sublime and radiant love… There was no stronger, more enduring and agonizing love in all his life. I would ask those who dare to call such a love “dirty” whether among their kind they will find many who, without daring to hope for a kiss, receiving only now and then the reward of a slight brush of the hand of their adored beloved, have managed to cherish such a feeling for more than ten years.” Composed at the peak of their relationship in the late 1850s, “My Genius, My Angel, My Friend,” is dedicated to Kireyev. They continued to see each other for several years following Tchaikovsky’s graduation, but by 1867 the relationship had run its course. Tchaikovsky writes, “The other day…Kireyev visited me; you can guess how pleased I was. How sweet he is, though not so handsome as formerly.”

Pyotr Ilyich Tchaikovsky: “My Genius, my Angel, my Friend” 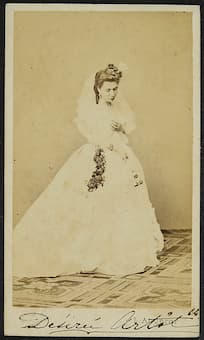 Pyotr Ilyich Tchaikovsky met the Belgian mezzo-soprano Désirée Artôt (1835-1907) at a soiree at the home of Maria Begicheva in 1868. Tchaikovsky was immediately smitten, and reports that “rarely have I met a woman so lovely, intelligent, and kind.” His proposal of marriage was apparently accepted immediately, and Tchaikovsky wrote a lengthy letter to his father, explaining, “Since the rumors have of course reached you concerning my intended marriage, I shall now explain… I became acquainted with Artôt last spring…and when she returned in the autumn I began to receive invitations from her nearly every day… Soon we were inflamed with the tenderest feelings for one another, and mutual declarations of them followed forthwith. The question of lawful wedlock, which we both very much desire should take place in the summer if nothing stands in the way.” What stood in the way, however, was Désirée’s mother. She was fiercely opposed to the marriage, and she quickly rushed her daughter off to her next singing engagement and kept her far away. In fact, Désirée would unbeknownst to the composer, hastily marry the Spanish baritone Mariano Padilla y Ramos. Be that as it may, at the height of his infatuation Tchaikovsky composed a tender little piano Romance for her. 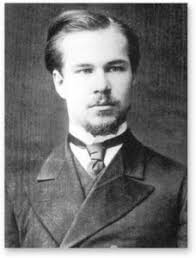 A child protégé, Sergei Taneyev (1856-1915) started taking piano lessons at the tender age of 5, and he was only nine-years old when he enrolled at the Moscow Conservatory. He initially took piano lessons with Eduard Langer, and later with Nikolai Rubinstein. By 1871 he had joined Tchaikovsky’s composition class, and he was the first student in the history of the Conservatory to win the gold medal for composition and piano performance. Taneyev was eager to promote the compositions of his teacher, and during an extended stay in Paris, he helped Tchaikovsky to try and organize a concert of his works. The ambitious plan did not succeed, but when Tchaikovsky retired from the Conservatory in 1878, Taneyev took over his job teaching harmony and orchestration. Taneyev gave a substantial number of first Russian performances of Tchaikovsky’s works, including the 2nd Piano Concerto, the Concert Fantasia, the 3rd Piano Concerto and the Andante and Finale. He also made transcriptions and piano duet versions of a couple of symphonies and of The Nutcracker. Tchaikovsky dedicated his orchestral fantasia Francesca da Rimini, Op. 32 to Taneyev, and the latter returned the compliment with the dedication of his own String Quartet in B-flat minor. After Tchaikovsky’s death, Tanevey was entrusted by Modest Tchaikovsky to complete a number of unfinished works.