Spokesman of the “Mighty Handful” 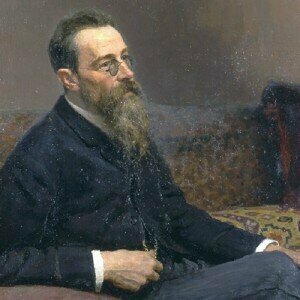 Antoine Queuille named his sons after great military men, and that included Alexander, Napoleon and César. He was an officer in the French Army who settled in Vilnius, Lithuania after Napoleon’s retreat from Moscow in 1812. Antoine married a local woman named Julia Gucewicz, became a Russian citizen, taught French at the gymnasium, and changed his last name to Cui. His little César was born in 1835, and he was apparently not a child prodigy. Nevertheless, César took music and piano lessons and dabbled in composition. Around the age of 15, César momentarily turned his back on music and entered the School of Military Engineering in Saint Petersburg. Eventually he ascended to the rank of lieutenant general and became an acknowledged expert on military fortifications. When he met Mily Balakirev in 1857, César became a staunch believer and supporter of his Russian nationalist beliefs, and he composed his first operetta The Mandarin’s Son in 1859.

César Cui (1835-1918) soon became one of the main spokesmen for the “New Russian School,” and also a member of the “Mighty Handful,” that included Balakirev, Mussorgsky, Rimsky-Korsakov and Borodin. As such, he significantly helped to shape Russian nationalism in the 19th century. He started to write reviews and essays on musical subjects, which were published in various domestic and foreign newspapers and journals. A fervent supporter of the ideals of realism, dramatic truth and faithful declamation, a good number of his 800 articles is of a highly critical and acerbic nature. He absolutely detested the music of Tchaikovsky and Anton Rubinstein, and referred to Rachmaninoff’s First Symphony as “a program symphony on the Seven Plagues of Egypt.” He even turned on to his friend and comrade Mussorgsky and wrote a scathing review of the first production of Boris Godunov. Cui reserved his most potent literary venom for the modernist composers Debussy, Richard Strauss and Vincent D’Indy. “[Modernism] is created by people who have either little talent or no gift, who desire to become geniuses… They have begun to walk on their hands and eat with their feet, and their music is a wild and stupid cacophony, lacking personality; full of monotony and boredom!” 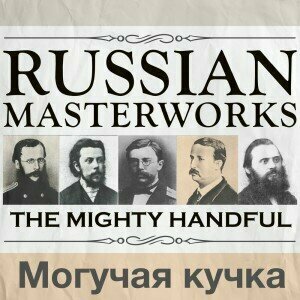 César Cui: 25 Preludes, Op. 64
Compared to his compatriots Balakirev, Borodin, and Mussorgsky, Cui was a highly prolific composer. He completed 14 operas, yet surprisingly admitted that he was incapable of writing a truly Russian opera. “A Russian opera theme would not suit me at all. Although Russian, I am half of French and half of Lithuanian descent and have not the sense of Russian music in my veins … Therefore, all subjects of my operas, with the exception of my first opera Prisoner in the Caucasus, are foreign based.” Cui also wrote several hundred songs in Russian, French, Polish and German, a number of chamber works, and several orchestral works in a light vein. However, as has been repeatedly pointed out, Cui was best known as a miniaturist in his songs and his piano music. Paradoxically, despite forcefully representing the creation of a Russian national style in his writings, his own musical creations rarely follow this particular aesthetic direction. The national element is almost completely missing, and he sparingly used folk melodies or their harmonic and melodic characteristics.

César Cui: 20 Poèmes de Jean Richepin, Op. 44 (No. 1-4)
Cui is undoubtedly the weakest and least known composer of the “Mighty Handful,” with critics adopting his own venomous voice. “His music betrays most of the time the weakness of both his technique and his imagination,” a critic writes. “The lack of vernacular elements in his musical idiom is, of course, of no importance whatsoever. It has nothing to do with his almost total lack of originality. Cui has fallen into his right place—that of a minor poet, but still distinguished in his own way.” César Cui died 100 years ago, on 13 March 1918, and he was originally buried beside his wife at the Lutheran Cemetery in Smolensk. His body was eventually reinterred in 1939 at the Alexander Nevsky Monastery in St. Petersburg, reuniting him with the other members of the “Russian Five.”