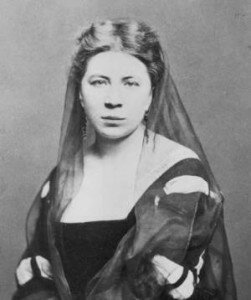 The Belgian mezzo-soprano Désirée Artôt (1835-1907) studied with Pauline Viardot and Francesco Lamperti in London and in Paris. She started her career at the Paris Opera in 1858 when Giacomo Meyerbeer engaged her to sing in his Le prophète. Berlioz, uncharacteristically, could not find enough accolades to praise her singing. However, she quickly bid farewell to the French repertoire and went on to sing in Italy a year later. With an Italian opera company under the direction of Merelli, she extensively toured throughout Europe, and in 1868 arrived in Moscow. Moscow immediately fell in love with her. An anecdote relates that at a reception for her at the home of Maria Begicheva, “the hostess knelt before Artôt and kissed her hand.” But Begicheva was not the only artistic personality smitten with Artôt. Pyotr Ilyich Tchaikovsky had also met Artôt at a Begicheva soiree, and when they met again a couple of months later, she “started to send him invitations every day, and he became accustomed to visiting her every evening.” Tchaikovsky eventually composed several romantic music for Artôt. 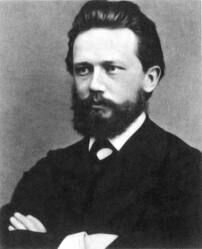 He later told his brother Modest, that she possessed “exquisite gesture, grace of movement, and artistic poise.” He even stopped working on his symphonic poem Fatum to give her all his attention. Tchaikovsky did, however, write a little Romance in F minor for piano, which he dutifully dedicated to her. And to his brother Anatoly he writes, “I am now on very friendly terms with Artôt and enjoy her very noticeable favor; rarely have I met a woman so lovely, intelligent, and kind.” His proposal of marriage was apparently accepted immediately, and Tchaikovsky wrote a lengthy letter to this father, explaining, “Since the rumors have of course reached you concerning my intended marriage, I shall now explain… I became acquainted with Artôt last spring…and when she returned in the autumn I began to receive invitations from her nearly every day… Soon we were inflamed with the most tender feelings for one another, and mutual declarations of them followed forthwith. The question of lawful wedlock, which we both very much desire should take place in the summer, if nothing stands in the way.” 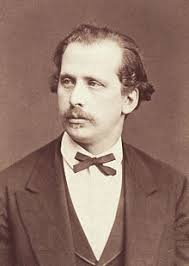 However, as Tchaikovsky explains to this father, certain obstacles did stand in the way. Artôt’s mother was fiercely opposed to the marriage on official grounds that Tchaikovsky was too young—he was seven years her junior—and that he would force Désirée to live in Russia. It is more likely that she found out about Tchaikovsky’s sexual orientation and wasn’t going to allow her daughter to engage in a destined to be unhappy union. In addition, Nikolai Rubinstein was “taking most energetic measures in order that I not carry out my proposed plan to marry. He says that if I become the husband of a famous singer I shall play the highly pathetic role of my wife’s husband…and when my love for her cools there will remain only broken pride, despair, and ruin.” At least, that was the official reasoning.

We don’t know if Rubinstein and Mama Artôt conspired, but Désirée was quickly rushed off to her next singing engagement and kept far away. Tchaikovsky sensed that something was afoot, and writes to his brother Anatoly, “This affair is beginning to fall apart.” Maybe he instinctively knew that Artôt had quietly married the Spanish baritone Mariano Padilla y Ramos without telling him. Tchaikovsky was in the middle of rehearsals for his opera The Voyevoda, and when Nikolai Rubinstein brought him the news, “he became quite upset, abandoned the rehearsal, and left immediately.” Musicologists have suggested that the musical chipper of her name, in the manner of Schumann, appears in his First Piano Concerto, and Tchaikovsky certainly never revealed the program of Fatum. And let’s not forget that Romeo and Juliet was completed a mere two months after Artôt’s clandestine marriage.


Désirée returned to Moscow in December 1870 and she featured as Marguerite in Gounod’s Faust. Tchaikovsky went to see the production, and apparently he “had tears streaming down his cheeks.” She returned to Moscow again in 1875, singing in Meyerbeer’s Les Huguenots. A chance encounter left them both flustered and wordless. It was only in December 1887 that they actually renewed their acquaintance in Berlin. He spent an evening at her place, and later wrote in his diary. “This evening is counted among the most agreeable recollections of my sojourn in Berlin. The personality and the art of this singer are as irresistibly bewitching as ever.” She asked him to compose a song on a text by a French poet, and Tchaikovsky sent her a set of six romantic songs. “I have tried my best,” he writes, “to serve you and hope that you will be able to sing them all, since all six of them correspond to the current range of your voice. I sincerely hope that you will enjoy these melodies, but unfortunately, I am not so sure of this. I must confess that I have been working very hard lately and that my latest compositions have sprung from good intentions rather than from true inspiration. And besides, it is a little awkward to write for a singer whom I consider to be the greatest among the greatest.”