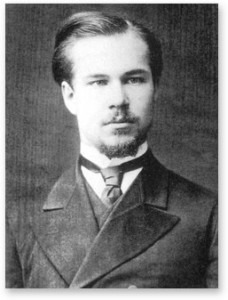 When Sergei Ivanovich Taneyev (1856-1915) attended the funeral of his student Alexander Scriabin in 1915, he caught a rather severe flu. Instead of taking proper medicine and rest, he continued to resist the virus and persisted with his demanding performance schedule. A mere two months later, the virus had severely damaged the composer’s heart and Taneyev was dead, aged 58. As such, we celebrate the 100th passing of one of the most revered musical personalities—at least in his native Russia—of the late 19th century in 2015. He studied compositions with Tchaikovsky and taught both Scriabin and Rachmaninov. He was acquainted with Tolstoy and Turgenev, and friends with the composers Franck, Fauré, and Rimsky-Korsakov. At age nineteen he played the Moscow premiere of Tchaikovsky’s Piano Concerto No. 1. Tchaikovsky could not have been happier with his playing, and from then on, Taneyev gave the Russian premieres of all Tchaikovsky’s works for piano and orchestra, as well as his chamber music with piano.

Taneyev was a child prodigy who started piano lessons at age five. By age nine, he entered the newly opened Moscow Conservatory and was predicted to become “an excellent pianist and a great composer. He graduated in 1875, the first student in the history of the Conservatory to win the gold medal for composition and piano performance. When Tchaikovsky retired from the Conservatory in 1878, Taneyev took over his job teaching harmony and orchestration. And once Rubinstein had died in 1881, he was placed in charge of the piano class as well. Four years later, Taneyev agreed to become the director of the institution. When the Revolution swept through Russia in 1905, Taneyev resigned his post, and resumed his career as a concert pianist, both as a soloist and chamber musician. With plenty of free time on his hands, he intensified his compositional efforts and completed a number of important works.

During his early years, Taneyev was primarily interested in becoming a world-class pianist. Secretly, however, he also tried his hands at composition. He wrote a symphony and an aborted concerto while he was still a student, and was busy working on a second symphony when his appointment at the conservatory put a temporary halt to his ambitions. Above all, Taneyev was a cerebral composer, primarily guided by his exacting studies of counterpoint. He became an expert in the music of J. S. Bach and earlier contrapuntal masters like Palestrina, Lassus and Josquin des Prez. In the end, Taneyev would publish an enormous two-volume theoretical treatise entitled Convertible Counterpoint in the Strict Style. It strongly influenced the way he composed music, with Rimsky-Korsakov describing Taneyev’s compositional process: “Before setting out for the real expounding of a composition, Taneyev used to precede it with a multitude of sketches and studies: he used to write fugues, canons, and various contrapuntal interlacing’s on the individual themes, phrases, and motives of the coming composition; and only after gaining thorough experience in its component parts did he take up the general plan of the composition and the carrying out of this plan, knowing by that time, as he did, and perfectly, the nature of the material he had at his disposal and the possibilities of building with that material.”

Taneyev composed a considerable body of music, including nine complete string quartets, a number of chamber pieces with piano, four symphonies, and two cantatas. However, the composer considered his musical trilogy Oresteia his major achievement. He worked on the opera—modeled after the original plays of Aeschylus—for almost seven years, and it was premiered in 1895. All of Taneyev’s compositions are meticulously crafted and infused with lyrical beauty and expressiveness. While his music was greatly admired in Russia, it never managed to grab a foothold in the western hemisphere. While admiring his technical skill and intellectual approach, even contemporary reviewers criticize Taneyev “for having been born without a gift for melody or the ability to communicate his ideas except in the most grandiloquent and bombastic manner.” Such narrow and politically inspired views are ringing predictably hollow, and we are looking forward to a number of exceptional and inspired performances of Taneyev’s music during this anniversary year.