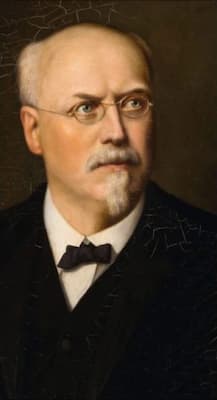 Considered during his lifetime the premier symphonist of the day, Joachim Raff (1822-1882) has now virtually vanished from our concert stages. He was encouraged by Mendelssohn and his scores, sent to his publisher by Mendelssohn, got the approval of Robert Schumann in his reviews in his music journal.

Liszt was an admirer and asked Raff to join him in Weimar, where from 1850 to 1856, Raff was part of the Liszt household. Eventually, Raff tired of Liszt’s overbearing personality, but while he was in Weimar, was able to create his own musical voice, poised somewhere between the conservatism of the Mendelssohn / Schumann camp and the revolution of the Liszt / Wagner camp.

Entirely self-taught, his breakthrough came in 1863 when both his First Symphony and a cantata won prizes that brought him to the attention of the concert-going world. He became the founding director of the Hoch Academy in Frankfurt in 1877. The Hoch Academy was important not only for employing Clara Schumann but also for holding special music classes just for women. As a composer, he wasn’t merely a symphonist but also wrote operas, choral pieces, chamber music, songs, and, above all, works for the piano. 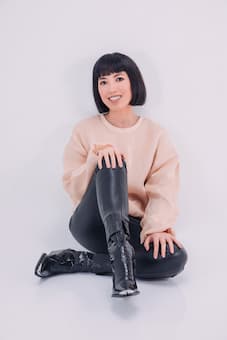 His 1857 work Ode to Spring, is described as a ‘morceau de concert.’ He wrote it in Wiesbaden, six months after having left the Liszt household in Weimar. He now had musical independence and a fiancée, Doris Genast. The work is dedicated to Betty Schott, the wife of Wagner’s publisher, and she performed it in 1860 under its first title: Frühlingshymne (‘Spring Hymn’), described as a Caprice symphonique. Schott published it in 1862 as Ode au Printemps.

It’s not an ode to Spring having arrived, it’s an ode to the coming of Spring. The opening Largetto is atmospheric before the piano joins with a long cantabile melody. The piano is then joined by a solo cello and then the full orchestra. It is in the Presto section that Spring arrives with its exuberance and energy. A brass fanfare announces the true arrival of the season. The end of the work is calmer, sunlit, and closes with a flourish.


British Vietnamese pianist Tra Nguyen made her debut with the Hanoi Conservatory Orchestra performing Mozart’s Piano Concerto No. 23. One of her large-scale projects has been the six volumes of recordings of the piano music of Joachim Raff. 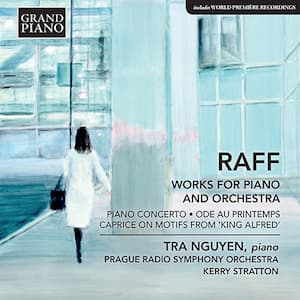