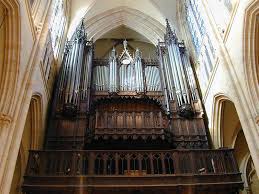 Princesse Edmond de Polignac, synonymous with the heiress to the Singer sewing machine fortune Winnaretta Singer holds the distinction of commissioning the most frequently performed organ concerto not written in the Baroque period. The Princess envisioned a work for chamber orchestra and a relatively easy organ part that she would be able to perform herself. Initially, she approached Jean Françaix who declined, and thus the commission went to Francis Poulenc. 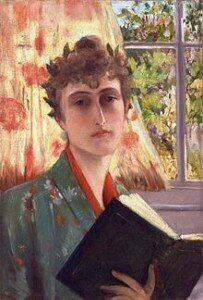 Poulenc had never written for the organ before so he studied the works of J.S. Bach and Dieterich Buxtehude, and he had the organist Maurice Duruflé advise him on registration. “The concerto,” he writes, “is not the amusing Poulenc of the Concerto for two pianos, but more like a Poulenc en route for the cloisters.” Poulenc tellingly referred to it as “being on the fringe of his religious works.” The work first sounded at Princesse Polignac’s salon on 16 December 1938, with Nadia Boulanger conducting and Maurice Duruflé playing the solo part. 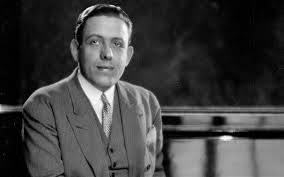 Paul Hindemith wrote his final instrumental concerto in 1962. The Organ Concerto was composed on commission from the New York Philharmonic Society, celebrating the inauguration of the new organ in Philharmonic Hall. Actually, the work was written during a period of great depression and disillusionment. Furiously attacked by scholars, critics, and the press, Hindemith became embittered and after a prolonged decline in his physical health he died in December 1963. 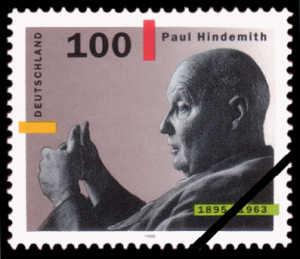 The 1962 Organ Concerto is a quintessential late-Hindemith work, combining strident harmony and subtle orchestration with the musical sentiments turning towards sarcasm and satire. Since Hindemith and his wife refused to travel by air, and the minimum round trip by ship took about four weeks, it took some imaginative scheduling to get the Organ Concerto performed. In the end, it premiered on 25 April 1963 at Lincoln Center with Anton Heiller as the organist and the composer conducting. 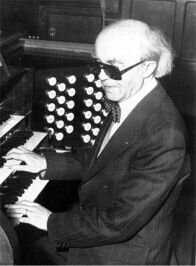 Jean Langlais (1907-1991) lost his eyesight due to glaucoma at the age of two. Undeterred he began to study the organ and eventually obtained prizes at the Paris Conservatoire, where he studied organ with Marcel Dupré, and composition with Paul Dukas. As organist at the Basilica of Sainte-Clotilde in Paris, he followed in the footsteps of César Franck and Charles Tournemire, and he was much in demand as a concert organist in Europe and the United States. Composing prolifically throughout his life, he wrote music in a free tonal style, always searching for harmonies that “will make you feel.” In all, he left 254 works with opus numbers, among them his second organ concerto dating from 1945 and written for the magnificent Cavaillé-Coll instrument at Sainte-Clotilde. The instrument had recently been modified by the addition of 10 stops and with an enlargement of the swell-box. 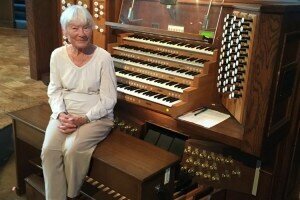 Apologies to all the incredible composers throughout the centuries, who have contributed significant works for organ and orchestra, but who have not been sampled in this series. I’d like to close with a wonderful work by Emma Lou Diemer (b.1927), a concerto for organ and chamber orchestra subtitled “Alaska.” Written in 1995 for Madeline Schatz and the Arctic Chamber Orchestra, the work premiered at the University of Alaska, Fairbanks, in 1996. According to the composer, who was also the featured soloist at the premiere, “a few borrowed musical references may be recognizable: a rhythmic pattern of the Inuit (from the Padleirmiut Eskimo, a tribe of Reindeer/Caribou west of Hudson Bay) early in the work that occurs more dramatically and climactically later on; the first phrase of the Passion Chorale from the 16th century composer Hans Leo Hassler; and the traditional Hebrew Melody,”Yigdal”, which is heard in its entirety in the slow, middle section. These references have meanings that are left to the listener to interpret.”