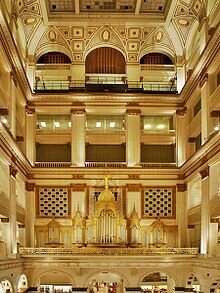 During the second half of the 19th century it was common for young talented American composers to finish their musical education in Europe. New England born Horatio Parker (1863-1919) initially studied composition in Boston with George Chadwick, and in 1882 he enrolled at the Munich Academy of Music to study with the prodigious organist sensation Joseph Rheinberger. 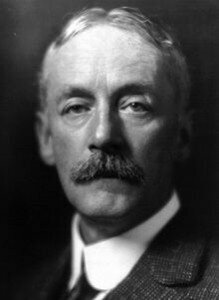 Parker spent three years in Munich, and he composed his first significant works, including a symphony and a dramatic cantata. Upon his return to the United States, Parker took on a number of high-profile organist positions, and he was eventually appointed professor of music theory at Yale University. By all accounts, Parker was an “organ virtuoso of the first rank,” and Wilhelm Gericke, conductor of the Boston Symphony, invited Parker to write a work for organ and orchestra. Parker obliged, and his Organ Concerto, Op. 55 was first performed in Boston in December 1902. Although the unusual combination of organ with orchestra caused some bewilderment, one Chicago critic called it “an imposing and brilliant composition.” 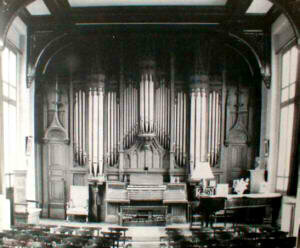 Throughout his career, Marcel Dupré (1886-1971) composed a substantial number of commemorative works in memory of friends and relatives. As such it is not surprising to find works dedicated to his wife Jeanne Pascouau. They were married in 1924, and one year later they acquired a large home in the Parisian suburb of Meudon. In 1926, Dupré bought an instrument originally constructed in 1899 by Aristide Cavaillé-Coll for Alexandre Guilmant.

Marcel Dupré and his organ in Meudon

Dupré had the Guilmant organ modified by adding a fourth keyboard manual, and he constructed a richly decorated auditorium to house the instrument in his home. Even today, it is the biggest private organ in Europe. Students from all over the world pilgrimaged to the Dupré mansion to receive lessons and participate in house concerts. And his Organ Concerto Op. 31, composed in 1928 and dedicated to his wife, was written with the particular soundscape of this exceptional instrument in mind. 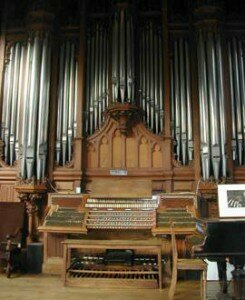 From the biggest private organ in Europe, we now turn to one of the largest pipe organs in the world! The Wanamaker Grand Organ is located at Macy’s Center City in Philadelphia, and has 6 manuals, 28,500 pipes in 461 ranks spread over 7 stories, and 729 stops. By the way, it is stilled played twice a day throughout the years, and continuously during Christmas season to enrich your shopping pleasure.

In 1926, Rodman Wanamaker commissioned the Belgian organ virtuosos and composer Joseph Jongen (1873-1953) to write a work for his enormous instrument, and the result was the monumental Symphonie Concertante, Op. 81. Jongen’s friend Eugène Ysaÿe called it “a symphony for two orchestras, since the role of the organ is not limited or restricted but enriches the orchestra.” Regrettably, Wanamaker died in 1928 and the work could not be performed at its intended venue. It was finally performed with the envisioned Wanamaker instrument and the Philadelphia Orchestra on 27 September 2008. 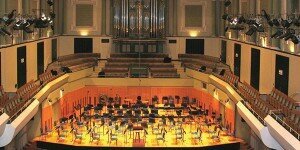 As modern concert halls have thankfully returned to include large pipe organs, concert music for organ and orchestra has continued to thrive in the later part of the 20th century. John Buckley (b. 1951) was commissioned by the Irish Arts Council and the National Concert Hall Dublin to compose such a concerto to inaugurate the organ built by Kenneth Jones in September 1991. 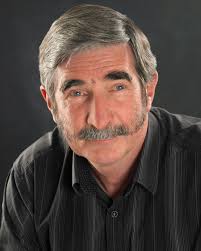 Dedicated to Hugh McGinley, it premiered on 26 June 1992 with Peter Sweeney as organist and the National Symphony Orchestra of Ireland under the direction of Robert Houlihan. Buckley writes, “In composing the work, one of my principal concerns was to maintain a balance between the orchestra and organ, which, in a sense, is like a second orchestra. Frequently, the development of the musical argument takes the form of a dialogue, with organ and orchestra in counterbalance to each other. Throughout the work elaborate organ solos have analogous passages in the orchestra; elsewhere organ and orchestra blend and reinforce each other’s material.”