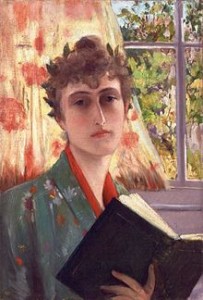 Her father was the American sewing-machine inventor Isaac Merritt Singer, and her mother the Parisian model Isabelle Boyer. Winnaretta was born in New York in 1865, and her 14th birthday present was a private performance of the Beethoven Op. 131 String Quartet. Her mother owned an octet of Stradivarius string instruments that was used in her salon established at 27 avenue Kléber after her second marriage to the Duc de Composelice in 1878. Winnaretta was only 16 when she met Fauré after a performance at her mother’s chateau at Blossville in Normandy. She attended a Bayreuth performance of Parsifal and made friends with d’Indy. When she turned 21, Winnaretta gained complete control over her part of her father’s inheritance, and was eagerly looking to support emerging contemporary composers. However, to be accepted into the higher circles of Parisian aristocracy, she really needed to join the nobility. Her first marriage to Comte Louis de Scey-Montbéliard was not particularly successful, but she found a much more suitable match in Prince Edmond de Polignac, a marriage arranged by the Comtesse Greffulhe and Robert de Montesquiou. Both were gay, and the prince was an amateur composer. Winnaretta started her own music salon to promote the music of her husband and to commission music from her contemporaries. 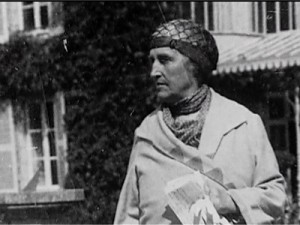 An easy rapport sprang up between Winnaretta and Gabriel Fauré, and he “recognized Winnaretta’s intelligence and artistic sensibilities, and may have had feelings for her similar to those of Schumann for the young Clara Wieck before the blossoming of their romance. As for her, the dashing, ardent composer was the young woman’s first musical mentor, and an important friend.” They developed an intimate and sincere friendship until Fauré’s death in 1924. Winnaretta remembered, “Gabriel Fauré is so mingled with all my memories of music in Paris that it is difficult for me to know how to begin to speak of him. Gabriel Fauré was about twenty-eight when I first knew him, and he had already written a number of beautiful songs, nocturnes, impromptus and other piano compositions that he often played to us, and from the beginning I was enthusiastic about them, for they seemed to me – as they do now, half a century later – worthy to rank with those of Chopin or Schumann.” Fauré’s devotion towards Winnaretta was at times bordering on the romantic. In a letter to Marguerite Beugnies during his stay in Venice with Winnaretta and other mutual friends, he wrote, “But what a place! And what a life we are living here! Divine doesn’t cover it: let’s just say there’s no word for it! Nor is there a word to express the extent of the admiration and almost something more (ouch) that I feel for our adorable hostess!” 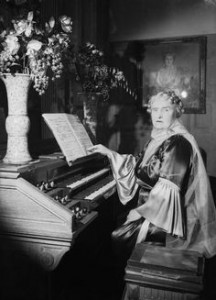 After Prince Edmond’s death in 1901, Winnaretta rebuilt her house on the rue Cortambert. The refurbishing included a grand salon seating 200, and a smaller atelier for more intimate recitals, which included two pianos and Cavaillé-Coll organ. Claude Debussy was one of the most popular composers in the salon of Winnaretta Singer. His compositions were featured almost every month between 1905-1907, and a number of premieres took place at her salon. Winnaretta writes, “When he first frequented the St. Marceaux Salon, Debussy’s appearance was most striking; his short nose and deep-set eyes, his fawnlike features and rather curly black hair and slight beard gave the impression of an Italian model, especially as his complexion was very dark and he sometimes wore small plain gold hooped earrings.” The Spanish pianist Ricardo Viñes frequently performed Debussy’s music, and together with Winnaretta they played a two-piano arrangement of Debussy’s Prélude à l’après-midi d’un faune on 11 February 1906. 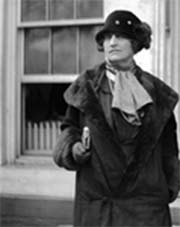 Winnaretta Singer vividly remembers Igor Stravinsky in her memoirs. “From the first it seemed to me impossible not to recognize the importance of this new genius, and I still think he dominates all others who have appeared for more than a quarter of a century. No one has escaped his influence, though, as usual, his imitators are often most obnoxious.” This collaboration started around 1910 and lasted until her death in 1943. Stravinsky was almost considered the “composer in residence” at Winnaretta’s atelier, and she was particularly jealous and controlling of the music he wrote for her. When he brought her sketches for Renard, she was immediately supportive and enthusiastic and offered to pay 10,000 Swiss francs for the composition. The autograph score tellingly includes the dedication “Very respectfully dedicated to Madame la Princesse Edmond de Polignac, a souvenir from the very devoted author.” Sergei Diaghilev of the Ballets Russes was furious with jealously, and “for two years he would not mention Renard to me, which didn’t prevent him from talking about it to others: “Our Igor, always money, money, money, and for what? This Renard is some old scraps he found in his dresser drawer.”

Winnaretta’s salon stayed active for around 50 years. As an accomplished pianist and organist she was able to recognize compositional talent, and she regaled in commissioning works from composers who were still unknown. And thanks to her financial status, she had complete freedom to program any work she wanted. However, her patronage was not exclusively focused on composers but also included sponsorship for Nadia Boulanger to conduct in America, France and England. In the words of American diplomat Morrill Cody, “Winnaretta Singer was the woman among us who decisively shaped and directed and nourished the social and artistic and literary life of the young.”