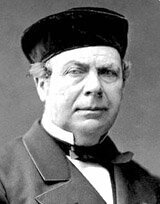 Félix-Alexandre Guilmant (1837–1911) was one of the first performers and composers in a long line of French organists who took advantage of the versatility of the symphonic pipe organ. Devoted to the organ from an early age, he went to Brussels in 1860 to study with the organist J.N. Lemmens, who was lauded as the inheritor of the authentic tradition of J.S. Bach. 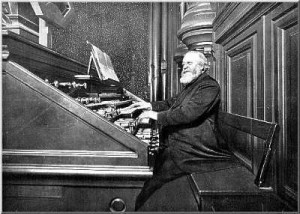 Upon his return to France, Paris became the hub of his musical activities and he inaugurated a number of Aristide Cavaillé-Coll organs, including at St. Sulpice in 1862, and at Notre Dame in 1868. His meteoric rise as a concert recitalist gained him the prestigious post at La Trinité in 1871, and the additional appointment as resident organist of the Palais du Trocadéro, also equipped with a magnificent Cavaillé-Coll organ, in 1878. He co-founded the “Schola Cantorum” in Paris with Charles Bordes and Vincent d’Indy in 1894, and two years later was appointed to the Conservatoire replacing Charles-Marie Widor. Predictably, we find a large number of works for organ among his compositions, including a couple of symphonies for organ and orchestra.

Alexandre Guilmant: Symphony No. 1 for organ and orchestra in D minor, Op. 42 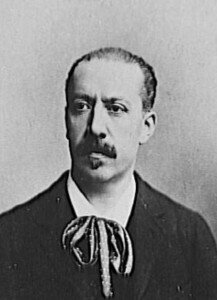 On 11 December 1890, Charles-Marie Widor replaced César Franck as professor of organ at the Paris Conservatory. Louis Vierne, then a student, described his new teacher, “He was a young man, appearing even younger than his actual age, quite tall, well-built, with a slightly military allure: a navy blue suit, a soft hat, a polka-dot ascot tie, with a well-off and distinguished look, slightly cold.” 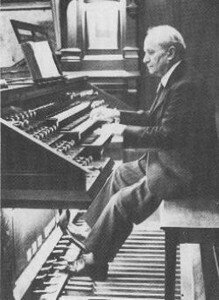 His fellow student Charles Tournemire (1870-1939), however, hated Widor all his life. “I shall never forget the arrival on tip-toe, like a ballerina in a tutu, of the organ class’ new teacher,” he writes. “His detached appearance, his escaping forehead, his long neck, everything of an egg on an eggcup, a multi-colored suit of the time’s first maker that would cover only part of his behind, the ‘ad hoc’ vest and pants, all made the character immediately intolerable.” Already as a student, Tournemire was considered a brilliant improviser, and his musical language is characterized by spiritual and mystical elements drawn from extended stylistic eclecticism. His Symphony No. 4, subtitled “Pages Symphoniques,” emerged during the summer of 1912 and contains particularly coloristic sections for harp, winds and pipe organ. 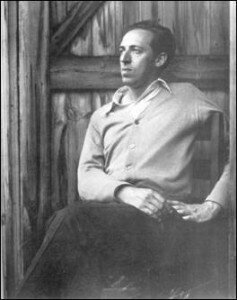 During his time in Paris from 1921 to 1924, Aaron Copland came to be known as “that talented young American composer.” Studying under famed pedagogue Nadia Boulanger, Copland found himself a guest at the house of the conductor Serge Koussevitzky in the company of Sergei Prokofiev and his teacher. According to Boulanger, Koussevitzky said to Copland, “You will write an organ concerto, Mademoiselle Boulanger will play it and I will conduct.” Copland was somewhat apprehensive about writing such a large work for such unusual orchestration, but Boulanger kept reassuring him. As it turns out, it was Copland’s first fully realized orchestral work, his first work for organ, and the first piece whose orchestration he heard. The work premiered in New York on 11 January 1925 with Boulanger as the organist and the New York Symphony conducted by Walter Damrosch. It was given in Boston with Koussevitzky conducting later that year. Slightly overwhelmed Copland wrote, “I will never forget the thrill of the glorious sound of the orchestra playing my own music for the first time.” 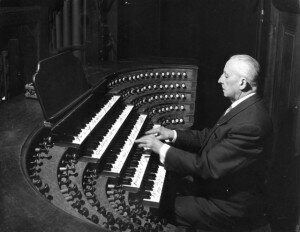 During his long and industrious performing career, Marcel Dupré (1886-1971) performed more than 2,000 organ recitals throughout Australia, the United States, Canada and Europe. This included a recital series of 10 concerts of the complete works of Bach at the Paris Conservatoire in 1920, and the Palais du Trocadéro in 1921. Astonishingly, Dupré performed both recital series entirely from memory. As you might well imagine, Dupré contributed extensively to the development of organ technique in terms of music and pedagogy. As a teacher he instructed, amongst others, Jehan Alain, Marie-Claire Alain, Jean Guillou, Jean Langlais, Carl Weinrich and Olivier Messiaen. And as a composer, he contributed roughly 65 works ranging from moderate difficulty to making almost impossible technical demands on the performer.