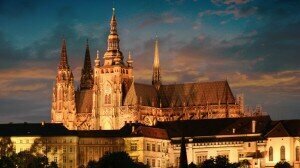 If you are appointed as organist at a major church at the age of 7, and you compose a three-part mass with organ accompaniment shortly thereafter, you’ll probably have some kind of professional musical career ahead of you. And that’s exactly what happened to Josef Gabriel Rheinberger (1839-1901), a native of Vaduz in Lichtenstein. He took his first organ lesson at the age of 5, and subsequently made various public appearances as a pianist. Such were his musical talents that his parents decided to send him to Munich for further study at age 12. Between 1853 and 1859 he wrote no fewer than 124 youthful works, including three operas and three symphonies. In due course, his career was accompanied by many successes, but his lasting fame resulted primarily from his teaching activities. 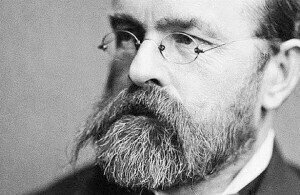 Among his students were Engelbert Humperdinck, Ermanno Wolf-Ferrari, Horatio Parker and Ludwig Thuille, to name only a selected few. In his own compositions, Rheinberger remained immune to the influences of Liszt and Wagner, and derived his inspiration from the traditions of Bach, Mozart, and Beethoven. 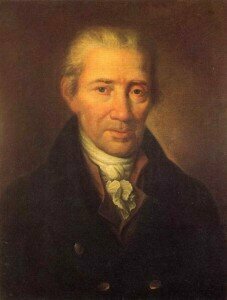 Johann Georg Albrechtsberger (1736-1809) is primarily remembered as Beethoven’s counterpoint teacher. In addition, Haydn had the greatest esteem for Albrechtsberger, and on more than one occasions paid him the highest compliment by consulting him professionally on various points related to harmony and composition. Albrechtsberger wrote a number of highly respected theoretical works, but at the beginning of his career, he was considered a daring innovator and a most promising member of a whole generation of Austrian composers. A classmate of Michael Haydn, Albrechtsberger held a number of minor organist appointments before he became organist to the court of Vienna, and by 1792, he took on the position of Kapellmeister at St. Stephen’s Cathedral. Composed in 1762, his Organ Concerto in B-flat major is a pioneering effort in the genre of the solo concerto as it features notated cadenzas to the first and second movements. This was a new kind of concerto, as “the variations of color, figuration and character in the introduction of themes by the orchestra and the solo instrument contain devices that only much later became part of everyday musical idiom.”

The incredible variety of tone colors and theatrical possibilities of the pipe organ attracted a number of crossover composers. Such was the case with Ferdinando Paer (1771-1839), an itinerant Italian composer who became music director of the Kärntnertortheater in Vienna until 1801, and subsequently was appointed composer to the court theatre in Dresden. When Napoleon discovered him in Dresden in 1807, he quickly offered him a position in Paris, and Paer thanked him by composing a bridal march for his wedding to Marie Louise, Duchess of Parma. Paer composed a total of 55 highly imaginative and melodic operas, and even Beethoven had a high opinion of his compositional craft. In addition, he aroused the admiration of many celebrated musicians and musical critics such as Stendhal, Berlioz, Castil-Blaze and Chopin. Paer’s oeuvre also includes a number of religious compositions, cantatas, and a delightful organ concerto. 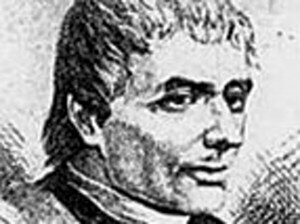 During the second half of the 18th century, the organ concerto enjoyed great popularity throughout central Europe. And Prague, on the merits of Frantisek Xaver Brixi (1732-1771) became an important center for church and concerted music. Brixi was Kapellmeister at St. Vitus Cathedral, and as such held the highest musical position in the city. In his obituary, published shortly after his death we read, “The late music director Frantisek Brixi was a very honorable man, a true primus among musicians with a knowledge of all the instruments. As a composer he was without equals in our kingdom.” Brixi certainly was a busy man, writing almost 300 church compositions, ranging from masses, cantatas, oratorios, and motets. He also wrote a substantial number of concertos for solo instruments with orchestral accompaniment, but regrettably only 5 delightful organ concertos have survived the ravages of time.