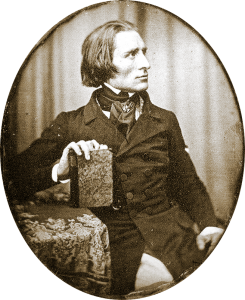 Musicians and composers in the 19th century clearly understood that the orchestral tone color could be significantly enhanced by the sometimes subtle, sometimes seismic impact of the pipe organ’s commanding voice. In his famous treatise on orchestration, Hector Berlioz wrote, “Like the piano, though better than it, the organ seems to be able to assume a double face in the hierarchy of instruments, as an additional orchestral instrument, or as an instrument that is by itself a complete and independent orchestra.” 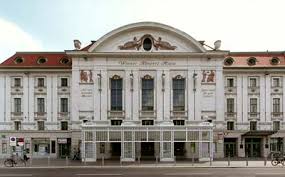 And it was Franz Liszt who assigned the pipe organ a programmatic voice in his tone poem Hunnenschlacht (Battle of the Huns) of 1857. The work is based on Friedrich August von Kaulbach’s gigantic mural depicting the battle of Châlons fought in 451 AD, in which the Roman army under the command of Flavius Aetius defeated Attila and the Huns. Considered a decisive Christian military triumph, Liszt casts the organ as the Christian presence, opposing as it were, the heathen hoard.

Franz Liszt: Hunnenschlacht (The Battle of the Huns) 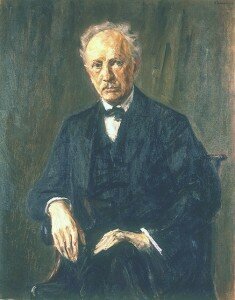 The Konzerthaus in Vienna was originally envisioned as a multi-purpose building. First plans drawn up in 1890 included not only the concert hall but also an ice-skating area and a bicycle club adjacent to an open-air area capable of welcoming 40,000 visitors. In the end a more conservative design was put into action, and the resulting structure featured three concert halls; the Großer Saal, with 1,840 seats, Mozartsaal, with 704 seats, and the Schubertsaal, with 336 seats. Built between 1911 and 1913 in Art Nouveau style, the Konzerthaus also features a large pipe organ by the Austrian firm Rieger. To celebrate the opening of the Vienna Concert House, and to showcase the new organ, Richard Strauss was commissioned to provide the festive music. And characteristically, Strauss responded with a 12-minute work based on hymn-like tunes, celebratory fanfares and majestic organ chords. 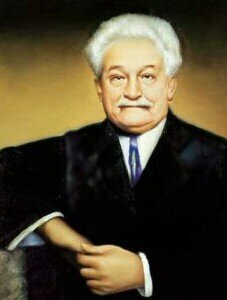 Nikolai Gogol first published his short story entitled Taras Bulba in 1835. He later reworked it as a prose epic telling the tale of the aging Cossack Taras Bulba who pushes his sons onto the battlefield, only to watch them die before he himself is killed. 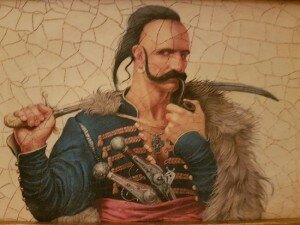 Set during the Polish occupation of the Ukraine in the 16th century, Ernest Hemingway called it “one of the ten greatest books of all time,” and Leoš Janáček was drawn to the story because of his belief “that in the whole world there are not fires or tortures strong enough to destroy the vitality of the Russian nation. For the sake of these words, which fell into searing sparks and flames off the stake on which Taras Bulba, the famous hetman of the Cossacks, died, did I compose this rhapsody.” And that strength, capable of overcoming foreign forces and even torture, is unequivocally depicted in the roaring chords streaming from the pipe organ in the concluding movement. 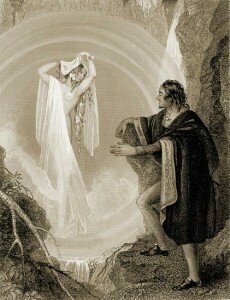 Pyotr Ilyich Tchaikovsky completed his programmatic “Manfred Symphony” in September 1885. It is based, as the moniker implies, on Lord Byron’s dramatic poem of 1817. In this archetypal story of a tragic idol of the Romantic imagination, the superhuman hero is mysteriously tortured by guilt. He seeks forgiveness in the spiritual world, yet in the end chooses death rather than submitting to religious redemption from sin. 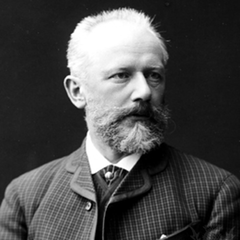 The idea of the superhuman as a goal for humanity itself resonated not only in the philosophical musings of Friedrich Nietzsche, it also fired Tchaikovsky’s musical imagination. Immediately after finishing the score, Tchaikovsky called it “my best symphonic composition,” but shortly thereafter changed his mind and said, “I loathe it deeply, with the exception of the first movement.” That violent swing of opinion has persisted throughout. Toscanini called it “one of Tchaikovsky’s most brilliant and inspired works,” while Leonard Bernstein simply referred to it as “trash.” But when you listen to the exuberant finale with its theatrical organ entry, you easily get a sense of Tchaikovsky’s dramatic and orchestral mastery.