Bela Bartók once famously said, “Competitions are for horses, not artists.” Bartók’s quip draws attention to the fact that judging music competitions in artistic performance and composition are fundamentally, and unavoidably an inexact science. Judged by experts with different tastes, backgrounds, personalities, and with agendas, criteria and possible outside pressures that far exceed any musical relevance, we simply have to come to terms with the fact that artistic activity cannot simply be sorted into a neat list of winners and losers. It is a very human dilemma, one that mightily affected Maurice Ravel in his struggle to win the Prix de Rome. Submitting a variety of choral works and cantatas, Ravel unsuccessfully tried to win this coveted annual award for five consecutive years. His final rejection in 1905—resulting in a scandal that uncovered a conspiracy of blatant favoritism—led to a complete overhaul of the administrative process. More importantly, however, it publicly validated Ravel’s artistic style and direction and served to spark a brilliant musical career. The cantata Alyssa was Ravel’s entry for the 1903 competition, and although he was judged to be the clear frontrunner, he once again was sorely disappointed. 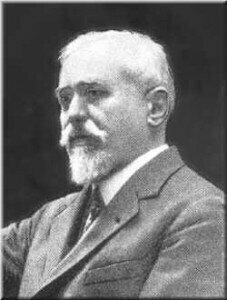 Although Paul Dukas attained international fame and fortune with his symphonic poem L’Apprenti sorcier, he never won the Prix de Rome. He first competed in 1886, but failed to progress to the second round. Full of enthusiasm for Wagner’s music, he once again failed to qualify for the cantata round of the 1887 competition. The jury’s decision in that year had certainly more to do with a distinct bias against Wagner than with the alleged weakness of Dukas composition. Undeterred, Dukas tried again in 1888, and he finally reached the second round. Competing against Camille Erlanger, Gaston Carraud and Alfred Bachelet, Dukas set to work on a cantata entitled Velléda. It tells the story of the impossible love between the Roman chief Eudorus and the Gallic priestess Velleda, who is eventually driven to suicide by her father. A critic wrote, “Since Debussy competed, we had heard nothing as fresh and youthful as this cantata by M. Dukas. The charming phrases, treated with delicacy, reveal the intense sensibility of this young musician, who also seems to be blessed with a fine sense of drama.” However, the 1888 prize went to Erlanger, and the long embittered Dukas also failed to win the prize in the following year.

Camille Saint-Saëns entered the Prix de Rome twice, first in 1852 and 12 years later in 1864! Under a dark cloud of bias and favoritism, Saint-Saëns failed to win the price in 1852. However, in 1864, aimed at obtaining great impartiality, the composition of the jury was radically changed. From a list of 30 musical personalities, lots were drawn to select just nine jury members, with Daniel Auber becoming the chairman. In the second round, candidates were asked to set a libretto entitled Ivanhoé, based on an episode from Walter Scott’s novel. To everyone’s surprise, the grand prix was awarded, by a vote of nine to two, to Victor Sieg. Aubert attempted to justify the jury’s decision and wrote, “The cantata by M. Saint-Saëns is ranked second… M. Saint-Saëns being over the age of twenty-five, a grand prix could not be awarded to him.” Although seemingly defeated by a technicality, it is clear that Saint-Saëns’ relationships with the official institutions had not improved over the years. 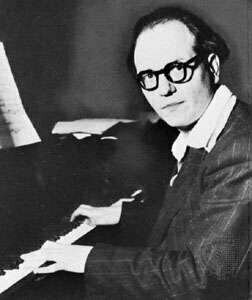 Claude Debussy described the Prix de Rome as a “useless tradition,” but it nevertheless brought him a financial reward, official recognition, and critical exposure. Olivier Messiaen first entered this prestigious but often maligned prize competition at the end of his fourth year of composition studies at the Conservatoire in 1930. A student of Paul Dukas, he dutifully submitted his fugue for the “concours d’essai” but was eliminated after the first round. In 1931, his fugue and the choral setting of La Jeunesse des vieux was judged sufficient to grant him a place among the six composers chosen for the final round. His setting of the cantata text L’Ensorceleuse provoked no recorded commentary from any of the jury members, and Jacques Dupont received the premier grand prix, with Yvonne Desportes receiving the premier second grand prix, and Henriette Roget the deuxième second grand prix. A sympathetic supporter wrote, “M. Olivier Messiaen remains one of the greatest hopes of his generation. Such an honorable failure should serve both the general sympathy for his cause and to encourage him in his future work.” Messiaen never entered another Prix de Rome competition, with his marriage to Claire Delbos in 1932 precluding him from competing due to the single-status rule. Unfortunately, Messiaen’s cantata L’Ensorceleuse—as far as I know—has not yet been discovered or released from his estate. As such, let’s listen to his 3 Melodies composed around the time of his Prix de Rome attempts.