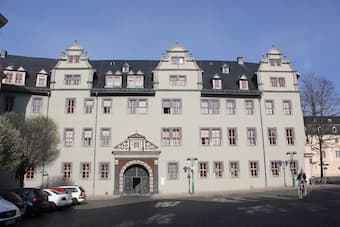 Johann Ernst died at age 18, in 1715, but in his few years, wrote 19 concertos and a trumpet sonata. Two of his concertos were arranged for keyboard by no less a composer than J.S. Bach. His importance lies in those instrumental concertos. At the time, the genre was very Italian and had not yet made an impact on Germany. Through his compositions, and Bach’s transcriptions, the concerto, which would become the pre-eminent instrumental of the 18th century expanded out of Italy and into the north.

Johann Ernst was the youngest song of Duke Johann Ernst III of Sachsen-Weimar. At the death of his father in 1707, he was placed under the care of his uncle, Duke Wilhelm Ernst and of his older half-brother Ernst August. The court at Weimar was a center for music, with a court chapel, and access to local musicians, such as the 7 trumpeters and 8 choir boys who could be called on as needed. The court concertmaster was the young J.S. Bach, serving from 1714 until he was forced to resign in 1717. Prior to this post, Bach had been court organist at Weimar’s castle church from 1708 and had also been a violinist in the court chapel. 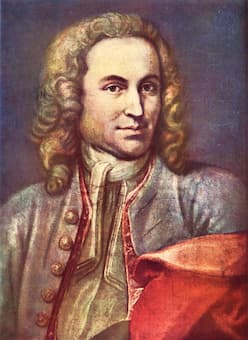 At the time, Amsterdam was the center for music publishing in Europe and it was easy for Johann Ernst to not only buy printed music but also buy some of the concertos that were circulating in manuscript. One of the products of the Amsterdam publishers in 1711 was Vivaldi’s L’estro armonico, op III. On his return to Weimar in 1713, Johann Ernst commissioned Bach as court organist and Johann Gottfried Walther, his harpsichord teacher, to transcribe the instrumental concertos for keyboard. Bach also transcribed for keyboard the concertos that Johann Ernst composed.

It was while he was in Weimar after his Netherlands trip, from Jul 1713 to July 1714, that Johann Ernst, under the compositional guidance of Walther, wrote his concertos. Johann Ernst was also fatally ill at this time, and the tumor on his leg that spread to his abdomen eventually killed him on 1 August 1715, while he was on a medical cure to Frankfurt.

Walther reported that, under his tutelage, the prince had composed 19 instrumental pieces. Six of the concertos were published as his Opus 1. Work on the edition had begun while the prince was alive but after his death, work on the pieces was given to Georg Philipp Telemann, who had been in Frankfurt since 1712. Telemann’s own edition of violin sonatas that were printed in Frankfurt n 1715 owe a great deal to his friendship with Johann Ernst, through their use of Italian style. Telemann’s edition is dedicated to the prince.

Bach also wrote music for the prince. As the prince left Weimar for his medical cure, the cantata Ich hatte viel Bekümmernis, BWV 21, was performed and a connection can be made between the opening chorus and the finale of Vivaldi’s Concerto in D minor, op. 3/11, that Johann Ernst had asked Bach to transcribe months earlier.

In his preface to the edition of Johann Ernst’s concertos, Telemann noted that the prince played several instruments to ‘perfection, above all the violin.’ He also said that it was music that provided the ‘best medicine for soothing his sufferings’ in the last months of his live.

Contemporary writers such as Johann Mattheson found value in Johann Ernst’s compositions, finding them not only musically valuable but also worthwhile talking about. Stylistically, the works show strong Italian influences, particularly of Vivaldi. At the same time, he was innovative in a movement where he inserted a gigue into a concerto movement.


In another piece, one movement is a kind of ‘instrumental conversation,’ entitled Recitativo.


To hear how Bach handled Johann Ernst’s transcription request, we can listen to a movement of Johann Ernst’s original violin concerto and Bach’s keyboard concerto of the same work:


Although living for such a brief time, Johann Ernst was important for the development of the concerto in Germany and by bringing the Italian concerto to two of the most important composers of the era, J.S. Bach and G.P. Telemann, played an important part in their careers.