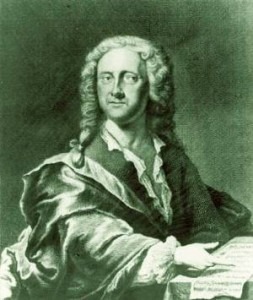 It seems hard to believe, but during the first quarter of the 18th century, Georg Philipp Telemann (1681-1767) was considered the greatest living composer besides George Friedrich Handel! While he was historically eclipsed by J. S. Bach, Telemann was the most prolific composer of his time. He composed large portion of at least 31 cantata cycles, numerous operas, concertos, oratorios, songs, music for civic occasions and church services, passions, orchestral suites and copious amounts of chamber music. Virtually every major musical style is represented in his output, and in all, he composed well over 3000 works! In addition, he was at the forefront of musical innovation and significantly contributed to concert life in Germany, while also contributing to the fields of music publishing, music education and music theory. Given such enormous accomplishments, it is only fitting to pay tribute to this prolific and industrious composer as we celebrate the 250th anniversary of his death! 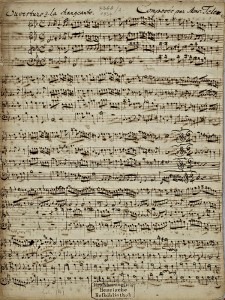 Son of a Lutheran deacon, Georg Philipp Telemann was born in Magdeburg in 1681. He showed remarkable talent in music, but after the death of his father, his mother put an end to his musical ambitions. Regardless, he continued to study in secret and taught himself to play a variety of musical instruments, and composed his first opera Sigismundus by age 12. His mother was not amused, confiscated his musical instruments and sent him to school in the town of Zellerfeld, and subsequently in Hildesheim. Telemann entered Leipzig University in 1701 to study law, but music quickly gained the upper hand. And once the mayor of Leipzig commissioned him to write music for the city’s two main churches, there was no turning back. In the following year he was named director of the Leipzig Opera, and over the next three years he is supposed to have written over 20 operas to his own librettos, although only five are still extant. Telemann’s musical activities brought him in direct conflict with the Thomaskantor Johann Kuhnau, who petitioned the town council against Telemann’s musical activities. This conflict was eventually resolved when Telemann became Kapellmeister to Count Erdmann in Sorau, now part of Poland. 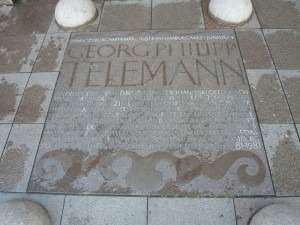 Count Erdmann had just returned to Sorau from travels through Italy and France, where he developed a taste for French instrumental music. Telemann went to work, and in the span of 3 short years composed roughly 200 French Overtures. On the personal side, as I have told you previously, Telemann married Amalie Louise Juliane Eberlin, who regrettably died during childbirth. Telemann’s subsequent marriage to his maid, the 16-year-old Maria Katharina Textor, a woman with an exceedingly large appetite for extramarital affairs and gambling, eventually drove Telemann to financial ruins. In 1708, Telemann entered into the services of Duke Johann Wilhelm of Saxe-Eisenach, and was especially prolific as a composer of instrumental music, foremost a substantial number of concertos. While in Eisenach, he also met J. S. Bach and became godfather to C. P. E. Bach. When he became dissatisfied with courtly life, he applied for a vacant position in Frankfurt, and started his appointment in 1712. Characteristically prolific, he organised the musical activities around town, and also began to publish his own compositions. In total, at least forty early prints of his music are known, and Telemann became extremely popular throughout Europe.

In 1721, Telemann received an offer from the city of Hamburg to become musical director of the city’s five main churches. He now entered into the most productive phase of his career, writing two cantatas for each Sunday, music for ceremonies and music for church consecrations. He also gave public concerts performing his own music, and initiated a series of weekly public concerts running from November until March. And since he still had some spare time on his hands, he assumed directorship of the Hamburg Opera, performing his own operas as well as those by Handel and Keiser. He declined appointment offers from Leipzig—later taken by J. S. Bach—and from St. Petersburg. For the last decade of his life, Telemann turned his attention to the study of music theory and to the writing of at least 3 versions of his autobiographies! Telemann was unfavourably and unfairly compared to J. S. Bach throughout the 19th century. However, his musical style is charmingly based on melodic elements of German folksong or popular dance types. And his rich harmony, elegant counterpoint and idiomatic vocal and instrumental writing have found renewed and deserved favour in the 20th.