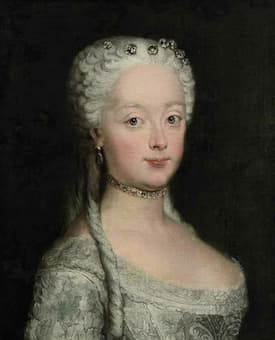 Anna Amalia (1723-1787) of Prussia was the younger sister of Frederick II of Prussia. Eleven years younger, she benefitted from the new musical focus he brought to the court. Anna Amalia played the harpsichord, flute, and violin, with her first lessons coming from her brother.

She was made Abbess of Quedlinburg in 1755 which made her wealthy and independent. Her title became Princess-Abbess of Quedlinburg. Quedlinburg was an imperial abbey and was subject to no superior lower than the Pope, something that the local bishops had problems with. It had been founded in 936, turned Protestant in 1539 and was dissolved in 1802/3, becoming a secular community and was absorbed into the Kingdom of Prussia. 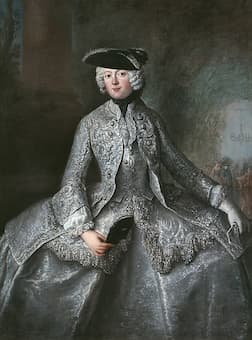 She started serious study of music composition and theory in 1758 with Johann Philipp Kirnberger, a student of J.S. Bach. Like her brother, she composed chamber music, such as flute sonatas, and unlike her brother, seems to have destroyed much of her work as few pieces survive.

After his departure from her brother’s court in 1768, C.P.E. Bach was given the honorary title of court composer for Anna Amalia. Her interest in religious music, an interest her brother did not share, may have helped nurture the oratorio in Germany.

One of the key differences between music making in Berlin, where the Graun brothers, aided by the Benda brothers, taught excellent pupils, and music making in Dresden, where their kapellmeister struggled with capricious foreign musicians, was the role of chamber music. In Dresden, it was used to train young musicians whereas in Berlin, it was a genre in its own right and a core of the concert tradition.


This fugue would certainly have been written for her teacher as an exercise, but its importance can be seen in that two different copyists kept the music. The music was discovered in 1999 when the lost archive of the Berlin Singakademie was found in Kiev.


One of the most important musical legacies was her collection of more than 600 volumes of music from composers including Johann Sebastian Bach, George Frideric Handel, Georg Philipp Telemann, Karl Heinrich Graun and Carl Philipp Emanuel Bach. Her entire library of more than 2,200 volumes is now in the Staatsbibliothek zu Berlin.