The Romanian soprano Angela Gheorghiu, born on 7 September 1965 in the small town of Adjud, certainly isn’t afraid to speak out. “I hate directors who want to express their own fantasies, forgetting about the characters. What they put on stage goes against both the story and the music.” She has attributed her outspokenness to her upbringing in Romania under the totalitarian regime of Nicolae Ceaușescu. “Because I grew up in a country where there was no possibility of having an opinion, it makes me stronger now. Lots of singers are frightened about not getting invited back to an opera house if they speak out. But I have the courage to be, in a way, revolutionary. I want to fight for opera, for it to be taken seriously. Pop music is for the body, but opera is for the soul.” Brashness aside, let’s not forget, however, that many critics consider Gheorghiu “the most glamorous and gifted opera singer of our time.” She came from humble beginnings, as her father was a train driver and her mother a seamstress. Her younger sister Elena was an accomplished opera singer, and Angela once said, “Elena is more beautiful than I and sings even better.” 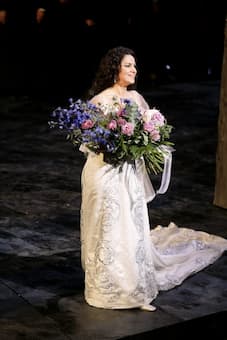 Sadly, Elena died in an accident and Angela remembers, “She was more than a sister to me. We were inseparable almost like twins, although she was blonde and green-eyed. She was another me.” From early childhood it was obvious that Angela would became a singer, “her destiny was music.” She studied with Arta Florescu and Mia Barbu at the Conservatory in Bucharest, and she made her professional debut at the age of 18 as “Solveig” in Peer Gynt. Her graduate examination took place at the Cluj-Napoca Romanian National Opera, when she appeared as “Mimì” in La bohème in 1990. In the same year she won third prize in the Belvedere International Singing Competition in Vienna. At that stage of her career, critics described her voice as “dark and characterful, most comfortable in florid sections. When she sings out, her sound blossoms and becomes truly attractive, and her trills and high notes are admirable.” Her rise to international stardom began with her debut at London’s Royal Opera House in 1992, the same year she made her debut at the Metropolitan Opera in New York and the Vienna State Opera. 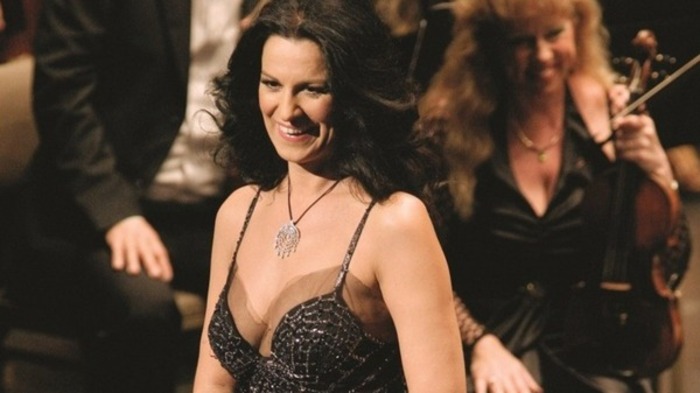 It was on 16 May 1992, the first night of a revival of John Copley’s production of Puccini’s La Bohème at Covent Garden “that the public and critics were so deeply impressed with the radiance and vocal command of a new very young artist who was making her debut as Mimi. She had in fact sung a single performance in the role of “Zerlina” in Mozart’s Don Giovanni shortly before to an audience who were immediately struck by her brilliant range of vocal colors and nuances and imaginatively intelligent acting.” Two years later Gheorghiu returned to Covent Garden to appear as “Violetta” in a new production of Verdi’s La Traviata. That history-making performance was directed by Sir Richard Eyre and conducted by Sir Georg Solti. According to critics, “Gheorghiu created such a buzz during rehearsals that BBC Two in a totally unprecedented move for the opera or any classical music performance, cleared its schedule at short notice to televise the performance live.” Gheorghiu’s “Violetta” was declared the “sensational central performance, and the almost perfect union of voice, acting ability and physique du rôle.” 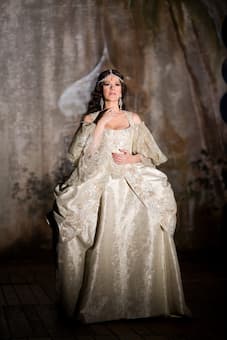 30 years later, Gheorghiu remembers, “Working with the two wonderful artists Sir Georg Solti and Sir Richard Eyre is one of the most precious memories of my life, and so is the really tremendous support I had from absolutely everyone in the theatre—it was a Covent Garden love affair, I must confess. Violetta is one of Verdi’s very greatest creations and it is hugely demanding to perform, especially as the soprano has to capture the fragility, the strength and the nobility of soul in the character; even though she does not come from an aristocratic background, Violetta was born with that noblesse. I am not a courtesan, but I identify so deeply and closely with Violetta.” Gheorghiu is deeply convinced that the power of music and opera, and the power of the talent for performing it, “will always continue to move the hearts of people, the hopes of people, and the trust in people, generation after generation.” For Gheorghiu, “the harmony in music puts us all tighter with the same language, a common language with the same power and meaning for different races, religions, beliefs, loves: all the beings that are breathing on this Earth. So, all the souls in this world are related to harmony.” As she writes in a recent autobiography, “my life was and is still so rich because it is through music that I have had a special richness in life, in spirituality, in religion, and in being open to and understanding with everybody. And that includes being open and understanding about issues that are now a wave of great concern going through the world—equality in gender, race, and religion.”