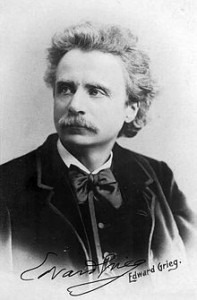 In Act II of Edvard Grieg’s music of the play Peer Gynt, our eponymous hero enters the hall of the mountain king. As the scene’s introduction describes: “There is a great crowd of troll courtiers, gnomes and goblins. The Troll King sits on his throne, with crown and sceptre, surrounded by his children and relatives. Peer Gynt stands before him. There is a tremendous uproar in the hall.” 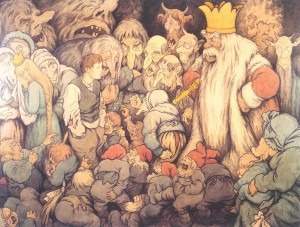 Peer Gynt in the Hall of the Mountain King, Theodor Kittelsen, 1913 watercolour

From the lowest voices in the orchestra, the creeping theme starts. It moves up through the orchestra and increases in speed until finally it comes to a shouting end. Grieg himself said about this music: “For the Hall of the Mountain King I have written something that so reeks of cowpats, ultra-Norwegianism, and ‘to-thyself-be-enough-ness’ that I can’t bear to hear it, though I hope that the irony will make itself felt.”

I’m not sure we hear this irony any more – for us, the piece has become synonymous with tip-toeing down a hall in a cartoon, or part of the music for Sonic the Hedgehog. When Smurfs are in danger, we hear the Mountain King. 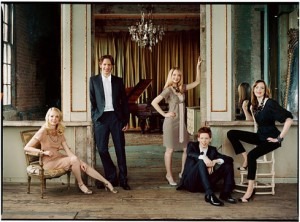 In case you’re wondering about the words here, the trolls are debating the best way to torment this interloper, Peer Gynt: bite him? Pull his hair? Boil him? Roast him? Stew him? The Mountain King has the last word: Ice Water in the Blood!

The piece has had numerous reworkings for different ensembles and you listen to it you hear the song differently. When you take the piece out of the hands of the orchestra, the piece changes and each artist adds a new dimension or idea to the piece. 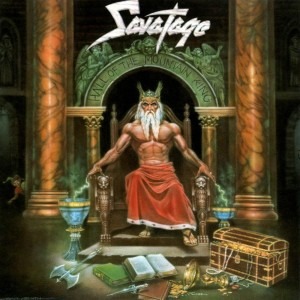 Cover of Savatage’s Hall of the Mountain King

Grieg: Peer Gynt, Op. 23, Act II: In the Hall of the Mountain King (arr. J. Shumway for piano ensemble) (The 5 Browns)
For 4 bassoons and a bit of jazz styling:

Grieg: Peer Gynt Suite No. 1, Op. 46: IV. In the Hall of the Mountain King (arr. M. Eubanks) (The Basson Brothers)
When the piece moves out the classical repertoire and into popular music, it changes again. That bass line is important and drives the new compositions forward:

For a rock and roll interpretation from 1967, we have The Who selling out:

For a version of this in progressive metal from 1985, we have Savatage’s Prelude to Madness from their album Hall of the Mountain King

and then, to return us to some idea of normalcy, we close with it arranged for 8-part a capella vocal ensemble all sung by one person: