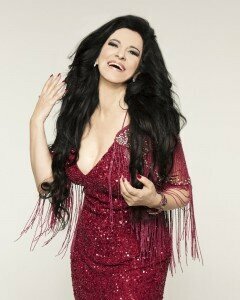 In the late summer of their careers, divas like to stake out some territory that ensures their legacy. Maria Callas championed bel canto rarities, Cecilia Bartoli reinvigorated baroque treasures, Joyce di Donato promotes contemporary American Jake Heggie. A cursory overview of the billboard of Romanian diva Angela Gheorghiu’s concert in Madrid led to believe she was also driving a stake in the ground: for Romanian music and Romanian talent.

However, what promised to be a showcase of her native country’s prodigious talent turned out to be a simple crowd pleaser, but a pleaser nevertheless.

Romanian Conductor Ciprian Teodoraşcu opened the evening, leading the highly animated Orchestra of the Teatro Real with the Romanian Rhapsody Number 1 by George Enescu. The über-diva then conquered the stage and audience with her trademark arias from Adriana Lecouvreur, of which she is one of the finest exponents of the day.

She was joined by young Romanian tenor Teodor Ilincăi, who immediately showed off his enormous vocal volume, thrilling high notes and easy stage charm. He powered through standards from Tosca, Andrea Chenier, Bohème, and delivered a de rigeur “Nessun dorma”. Stunning as his voice may be, in many ways reminiscent of a young Mario del Monaco, this singer is also not a friend of modulation, piani or messa di voce.

Gheorghiu retains every bit of her talent, and the voice shows not a trace of fatigue. Her soprano flows like melting honey at her command, she phrases with subtlety and finesse, she toys with a middle register of enormous beauty, and her trademark feather light pianissimi are as scintillating as ever. At every turn she displays sensitivity and intelligence. 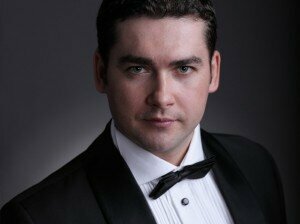 Unfortunately, the orchestral intermezzi were less intelligently chosen, featuring a Polonaise by Tchaikovsky, the Hungarian Dance Number 5 by Johannes Brahms, and the Jazz Suite Nr. 2 by Dmitri Shostakovich.

The two singers finally regaled the audience with a Romanian duet by George Grigoriu, but soon offered up made-for-Madrid specials like “No puede ser” (from the Zarzuela La Tabernera del Puerto) and a jointly sung “Granada”, eliciting wild cheers and cries of “olé” from the audience.

Either the Romanian diva didn’t put as much thought into the program as she could have or, judging by her vocal mettle, she has yet to reach the summer of her career.