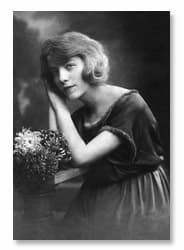 Yvonne Lefébure, who passed away on 23 January 1986 in Paris, was one of the premiere French pianists and teachers of the 20th century. She was a remarkably well-rounded and cultured musician with a no-nonsense approach to performing and to teaching. Although she maintained a lifelong concert schedule, Lefébure recorded infrequently and instead focused on her activities as a pedagogue. As an instructor, Lefébure held two long-term appointments; first at the Ecole Normale de Musique in Paris, and later at the Paris Conservatoire where she taught until 1969. The full roster of her students “reads like a who’s who of late 20th century concert artists and include Samson François, Dinu Lipatti, Michaël Lévinas, Catherine Collard and Imogen Cooper, among countless others.” In her lessons, according to a former student, Lefébure demanded, “that the timbre of each note must be meticulously controlled by channeling energy through different parts of the hand and body.” Essentially caressing each note, Lefébure was searching for “transparent polyphonies that differentiated the sound planes and colors of the music by giving each finger, even in the most massive chords, a different weigh.” 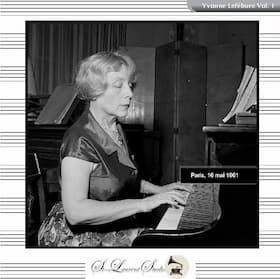 Born on 29 June 1898 in Ermont, Seine-en-Oise, Lefébure was a musical prodigy who first studied with a local teacher in Saint-Mandé. In 1906, after enrolling in the École de Sèvres, Lefébure was introduced to Marguerite Long, and she studied with her first at a private school called the Conservatoire Femina-Musica, and then in Long’s preparatory class at the Conservatoire. Lefébure enrolled at the Paris Conservatoire, and at the age of nine won the Gold Medal in the Concours des Petits Prodiges. She also studied with Maurice Emmanuel and Charles-Marie Widor, but Alfred Cortot is said to have had the greatest influence on her playing. She entered Cortot’s advanced Conservatoire class in 1911, and won the premier prix at the age of fourteen with a performance of Beethoven’s “Appassionata” a year later. Her playing, according to Cortot was “full of intelligence and sensitivity, a constant throbbing of life that left no sound inert.” Lefébure made her triumphant concerto debut with the Concerts Lamoureux and Camille Chevillard, performing the 2nd Piano Concerto by Camille Saint-Saëns. 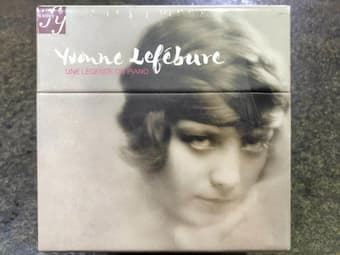 Lefébure was endowed with extraordinary technical abilities that allowed her “to tackle the most formidable works, wanting at all costs to defy the limits that nature seemed to have imposed on her by giving her small hands.” However, she abhorred any kind of playing that placed technique finesse over musical interpretation. Technical abilities aside, Lefébure had a prodigious gift of communication. She enlivened French musical thought with exceptional intelligence and a lively and generous personality. In her performances and in the piano studio, Lefébure favored a no-nonsense approach, tempered by exceptional emotional sensitivity and artistic flair. Her mother strongly disapproved of subjecting her daughter to the life of a traveling virtuoso, and Yvonne took classes in counterpoint, harmony, accompaniment and fugue. By the time she left the Conservatoire she had won a premier prix in all of these disciplines. 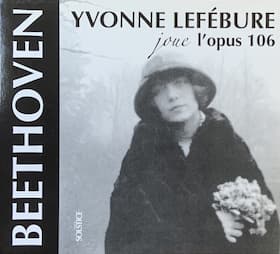 Lefébure continued private lessons with Cortot over a long period of time, but she continuously worked on improving her piano technique. And she soon realized that teaching would take on a prominent role in her life and career. She still appeared on the concert stage, and made her first appearance in England in 1933. A critic wrote, “a stylistically diverse program was presented with impeccable musical taste, a highly serviceable technique, controlled for the most part by a fine sensibility, and delivered to the audience with true Gallic dash.” 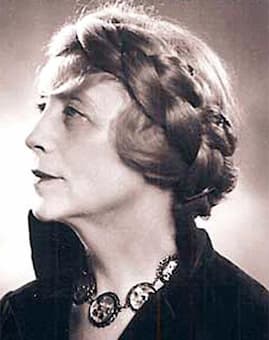 Lefébure also performed in the United States, and she remained a true champion of French music. Her career as a teacher was strongly encouraged by Cortot, and he even supported her candidacy to replace Isidor Philipp at the Conservatoire. During her student days she was personally acquainted with Maurice Ravel, who apparently advised her on performances of his works. In 1964, Lefébure founded the Juillet Musical de Saint-Germain-en-Laye where she gave advanced courses in interpretation. She continued to teach well into her seventies and eighties, and forcefully communicated the zest for life and music that she brought to her own performances. As one of her student’s commented, “she managed to draw you in totally to the music with amazing passion and energy.” Although her teaching methods, inspired by her articulate and forceful personality may seem outdated nowadays, Lefébure nevertheless provided inspiration and guidance to countless young artists. A dedicated international piano competition bearing her name was rightfully established in 1990.