For a time, the exact birthdate of Muzio Clementi was hotly debated. When he died on 10 March 1832, official records put his age at eighty, but his widow claimed that he was actually eighty-two. Others swore that he died at the ripe old age of eighty-four. It might all have had to do with his father concealing his exact age when he was a boy, as parents of prodigies often do. 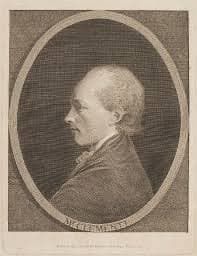 Today, we are fairly certain that Muzio was born on 23 January 1753 to Nicola Clementi, a silversmith, and Magdalena (née Kaiser). His father quickly noticed his son’s natural musical inclination and started his training at a very early age. His teachers included the maestro di cappella at St. Peters Basilica Antonio Boroni, an organist named Cordicelli who taught him figured bass, the voice teacher Giuseppi Santarelli, and he possibly also took counterpoint lessons from Gaetano Carpani. At the tender age of 13, Clementi secured the post of organist at his home church, St Lorenzo in Damaso. Young Clementi became the talk of the town by composing an oratorio titled, Martirio de’ gloriosi Santi Giuliano e Celso and possibly a mass, but both pieces did not survive. 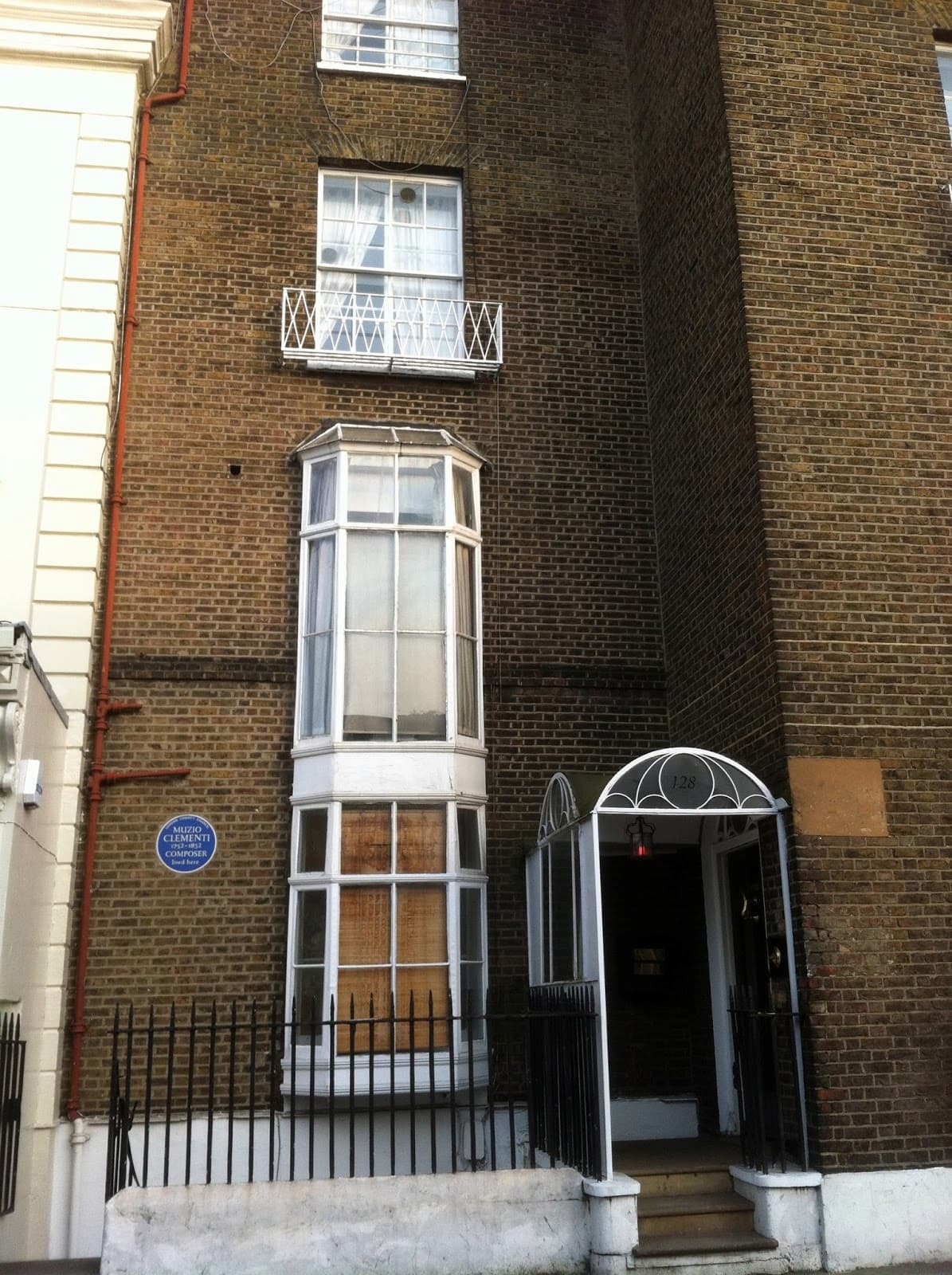 More importantly, however, in 1766 Clementi attracted the attention of an English traveller who had heard him improvise in church. That traveler was Peter Beckford, cousin of the novelist William Beckford and nephew of William Beckford, twice Lord Mayor of London. Beckford wasn’t shy in his determination to take young Muzio with him to England. In a famous letter written at a later date from Rome he states, “the famous Clementi whom I found here in the years 1766 and bought of his father for seven years.” Beckford agreed to provide quarterly payments to sponsor the boy’s musical education until he reached the age of 21. In return, Clementi was expected to provide musical entertainment to his master. With all contractual bits settled, Beckford and Clementi departed for England in late 1766 or early 1767. Clementi was brought to Beckford’s country estate of Steepleton Iwerne, just north of Blandford Forum in Dorset. There he would spend the next seven years in solitary study, apparently practicing eight hours a day at the harpsichord.


Beckford’s countryseat held a fine and extensive library, and “social surroundings of the most favorable kind.” Clementi quickly learned the English language and literature, and he supposedly became proficient in the principal modern languages, in Greek and Latin. In his musical studies, he mastered the works of Corelli, Scarlatti, Pasquini, Handel, and Bach. Without undue pressure, Clementi was able to study and develop his musical gifts in terms of composition and performance. It has been suggested that Beckford acquired one of the new pianoforte instruments and that Clementi was familiar with the instrument as his Sei Sonate per clavicembalo o pianoforte, Op. 1 clearly indicates a choice of keyboards. 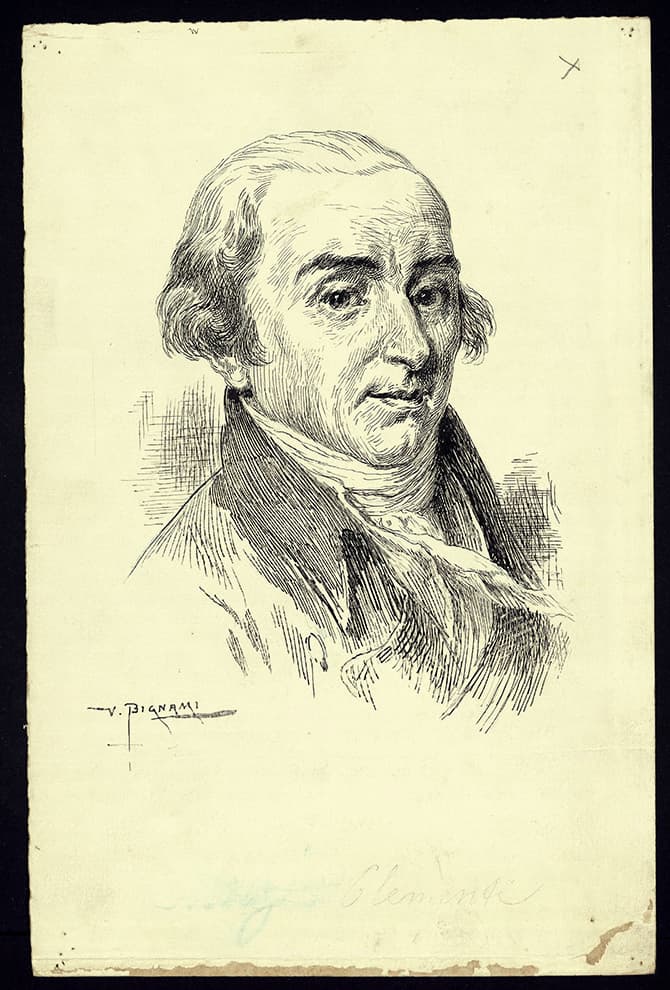 Portrait of Muzio Clementi by Vespasiano Bignami before 1929

By 1774, Clementi was free from his obligations to Beckford, and he moved to London. “His first known public appearances were as solo harpsichordist at benefit concerts for a singer (Bonpace) and a harpist (Jones) in the spring of 1775.” He was highly successful and immediately in great demand as a teacher. As an early biographer wrote, “Eventually, he charged a guinea a lesson, a very large fee in those days, and a good part of the fortune he earned during his long life come from teaching those young ladies of the aristocracy whose parents believed that the more famous the player, the better he would be as a teacher.”


His Success as a Composer 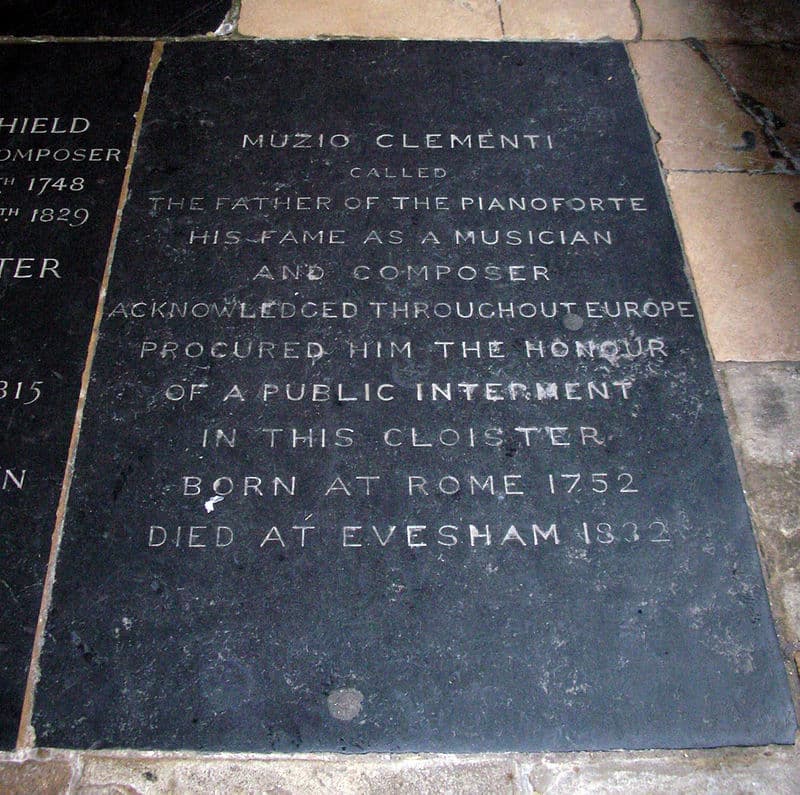 Preoccupied with teaching, Clementi only rarely appeared in London concert life over the next four years. However, he was the conductor—from the keyboard—at the King’s Theatre, Haymarket. By 1779, his name is more frequently seen on concert programs “no doubt partly owing to the popularity of his sonatas op. 2, first published by Welcker in spring 1779.” Clementi even secured an entry in the musical lexicon ABC Dario Musico of 1780. It reads: “CLEMENTI. An Italian. Has composed some sets of lessons, which abound in passages so peculiar and difficult, that it is evident they must have been practised for years preceding their publication. We particularly allude to the succession of octaves with which he has crammed his lessons. Mr. C. executes these exceedingly well, and is a most brilliant performer.” Encouraged by his London successes, Clementi embarked on a continental tour in summer 1780. He did perform in Paris, but probably not, as is frequently stated for Marie Antoinette. However, he did perform for her brother, Joseph II, in Clementi’s famous piano contest with Mozart. Initially, Mozart seemed to have been rather impressed and no doubt somewhat intimidated, but a couple of years later commented, “Clementi is a charlatan, like all Italians.” Mozart’s comment was highly publicized in Clementi’s last years, “and surely contributed to the precipitous decline in his reputation.”