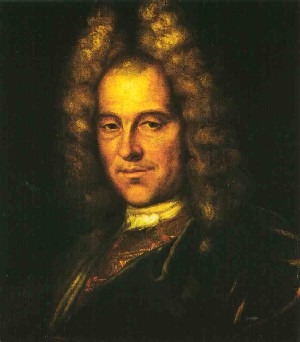 The Italian ensemble sonata — in the mold established by Arcangelo Corelli — took Europe by storm. It was soon imitated and adapted by composers far and wide, and Corelli himself brought the genre to England. John Jenkins, Henry Purcell and George Friedrich Handel composed and published a number of trio sonatas resembling the Corelli model in number of movements and style. The set of twelve trio sonatas published by John Ravenscroft in 1695 — I am sure you will agree — are an almost perfect replica of Corelli’s design.

The ensemble sonata quickly made it into the German-speaking realm as well. Various composers, including Johann Joseph Fux, wrote sonatas for trio or larger combinations. Fux used his trio sonatas as educational tools, teaching the rudiments of music and the appreciation of music to unsuspecting listeners. In the preface of a vast set of compositions published in 1701 he wrote, “Here dear Reader, you have my Concentus musico-instrumentalis, which was in demand, as I learned, in several places, but was published not for the purpose of sending you a sample of a great work of art — which must be sought in a different type of composition — but to enable me to gratify listeners who do not understand music, and this means the majority.”

Educational considerations also appear to have governed Corelli’s release of his Op. 5 solo sonatas. Corelli was a highly sought-after teacher, and his instruction was the foundation of most violin schools published in the 18th century. Above all, Corelli prized the song-like qualities of the violin while avoiding empty displays of virtuosity. Corelli’s legacy was carried on by three of his most talented students, Francesco Maria Veracini, Francesco Geminiani, and Pietro Locatelli. 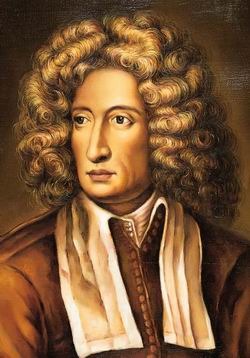 A new kind of orchestral music, termed concerto, began to appear towards the turn of the 18th century. And it is hardly surprising to once again find Arcangelo Corelli at the forefront of establishing and defining a new and exciting musical genre. Essentially an expansion of the trio sonata, the concerto grosso contrasts a small instrumental group knows as the “concertino” with a fuller string orchestra named the “concerto grosso” or “ripieno.” His student and lover Matteo Fornari posthumously published the set of twelve concerti grossi attributed to Corelli in 1714, yet it is generally agreed that most were composed before 1700.

Georg Muffat first encountered this new genre in Rome and quickly carried the model to Germany. Concordantly, in the works of Giuseppe Torelli we find the direct link to the greatest master of the Italian concerto, Antonio Vivaldi. The pastoral quality of the concluding movement of Corelli’s Op. 6, No. 8 inspired the composer to append the subtitle “Concerto, fatto per la notte di natale” (Concerto composed for Christmas Eve.) What a wonderful way to musically say Merry Christmas!