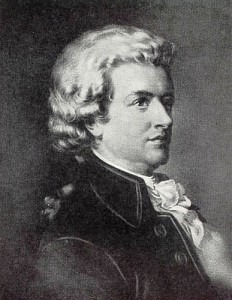 Just imagine being in Vienna on Christmas Eve 1781. Holy Roman Emperor Joseph II — eldest son of Empress Maria Theresa and her husband Francis I, and brother of Marie Antoinette — was hosting a reception for the music loving Paul, Grand Duke of Russia and his wife, Grand Duchess Maria Fydorovna. The Russian aristocrats had already been in town for about 6 weeks and the scheduled main event that evening was the musical duel between Wolfgang Amadeus Mozart and Muzio Clementi. Mozart had literally only been in town for a couple of months. In May 1781, he had approached Count Karl Joseph Felix Arco — the chief chamberlain, counselor of war, and grand master of the kitchens to Hieronymus von Colloredo — to deliver his formal resignation. Arco refused Mozart’s request prompting the composer to frequently return with additional petitions and memoranda. On June 8 of that year, Arco finally lost his patience and delivered a swift kick to Mozart’s backside that unceremoniously ended his employment in Salzburg. Mozart was finally free to pursue his dream of becoming a freelance artist in the Imperial city of Vienna. No longer relying on a regular income, Mozart began to participate in subscription concerts, introducing himself as a pianist and composer to the Viennese public. Muzio Clementi, on the other hand, was a celebrated and established composer, pedagogue, conductor, music publisher, editor, piano manufacturer and keyboard virtuoso. Based in London, Clementi embarked on a three-year European tour in 1780 that saw him initially perform in Paris for Marie Antoinette. Subsequent stops included Munich and Salzburg before he made his way to Vienna, arriving on December 19. 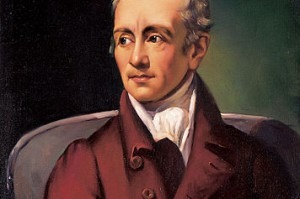 Neither Mozart nor Clementi actually knew that they were slated to compete against each other. Joseph II, however, had informed his guests, who were eagerly placing bets on the outcome. Clementi was called upon to start the festivities, and he responded with his showpiece, the recently composed B-flat major Sonata Op. 24, No. 2, expanding the structure by adding an improvised cadenza. Clementi continued with the highly virtuoso Toccata Op. 11, which must surely have brought thunderous applause from the audience. Mozart was now faced with the unenviable task of responding to Clementi’s pyrotechnical display. He did so with an Andante improvisation and a set of variations on “Ah, vous dirai-je, Maman — better known today as the “Twinkle Variations”. Then, the Grand Duchess produced some Sonatas by Paisiello — who was maestro di cappella in Russia at this time — and Mozart played the Allegros while Clementi played the Andantes and Rondos. Then the two performers selected a Paisiello theme and developed it on two pianofortes. In the end, with his usual sense of tact and diplomacy, the Emperor declared the competition a tie.

However, somewhat ambiguously, both Mozart and Clementi — who enjoyed a thoroughly cordial relationship — agreed afterwards, that Mozart had won. Clementi wrote, “until then I had never heard anyone play with such spirit and grace”. Mozart on the other hand, was clearly surprised by Clementi’s technical facility — he certainly had thought himself unequalled in terms of pianistic skills — as he wrote to his father, “Clementi plays well, as far as execution with the right hand goes. His greatest strength lies in his passages in thirds. Apart from that, he doesn’t have a Kreuzer’s worth of taste or feeling. In short, he is a mere robot.” Mozart later added, “Clementi is a charlatan, like all Italians. He marks a piece presto but plays only allegro.” Yet, apparently Mozart did remember the opening theme of Clementi’s Op. 24, No. 2, as he “borrowed” it ten years later for his overture to “Die Zauberflöte”. Clementi carefully noted in subsequent publications that his sonata had been written ten years before Mozart’s opera, but he nevertheless retained his admiration for Mozart. He even fashioned a piano solo version of the “Zauberflöte” overture. Clementi left Vienna in May 1782, and Mozart stayed put; as far as we know, they never met again.