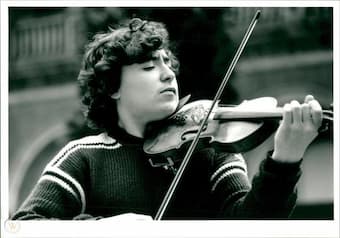 Maxim Vengerov, born on 20 August 1974 in Novosibirsk, combines “superb technical command with lyrical eloquence that easily captivates audiences.” He is hailed as one of the world’s finest musicians, and sometimes lauded as “the greatest living string player in the world today.” Always searching for new means of creative expression, Vengerov freely navigates different styles of music, including baroque, jazz and rock & roll. Vengerov was born into a highly musical Jewish family, with his father an oboist and his mother Larisa Borisovna the conductor of a large children’s choir. Vengerov remembers, “For me, the violin is my first source of communication with the audience, no doubt, my first love. But before coming to the violin, I wanted to become a conductor, because my mother was a choir conductor, and I saw her conducting. I sat in on all the rehearsals, and I was singing in the choir. She wanted to become a symphonic conductor, but because I started playing, and I needed her to be with me, she quit her job. She didn’t develop the symphonic conducting career that she wanted. My father worked in the orchestra as an oboist, so I visited his rehearsals and watched the conductor who was the principal conductor of the Novosibirsk Philharmonic, Arnold Katz. I really loved his example. He was my idol at the time, when I was three and four.” 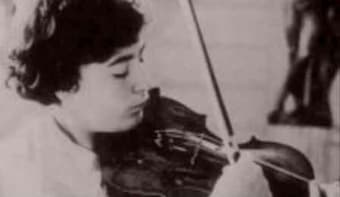 Despite his early conducting ambitions, Maxim took to the violin naturally, and by the age of 5 his father decided to find the best possible teacher. As such, he took his son, without appointment, to the famous violin teacher Galina Turchaninova. According to a famous anecdote, she greeted him by asking the boy if “he had strength in his hands?” Apparently, the boy punched her in the stomach as hard as he possibly could. Vengerov later remembered, “She was in a good mood that day, and she accepted me as a student.”
Since Turchaninova was a very stern teacher, lessons did not get off to a promising start. At some point he stubbornly refused to play a single note for five straight lessons. Turchaninova informed his mother, and told her that she would dismiss him as a student. “When his mother broke down in tears, Maxim realized the errors of his way, picked up his violin, and played 17 assigned pieces from memory; he had been practicing them even though he had not been playing them. ‘Very well,’ said Turchaninova, and agreed to continue his lessons. A violinist like Maxim is born only once in a hundred years.” 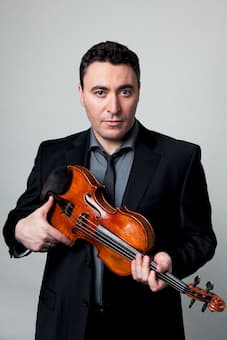 With the government’s permission, Vengerov and his family moved to Moscow where Maxim enrolled in the top State school for talented musical children. He studied with the famous Zakhar Bron for the next five years, and apparently practiced for seven hours a day. Vengerov made his first international journey at the age of 10 in 1984, winning first place at the International Karol Lipiński and Henryk Wieniawski Young Violin Player Competition held in Lubin, Poland. Years later Vengerov recalled, “I thought Poland was somewhere at the end of the world. One does not forget such trips; no wonder I always remember Poland very fondly.” Winning the competition brought immediate concert engagements in Russia, and he gave his Moscow debut in 1985. When Zakhar Bron took up an appointment to teach at the Royal Academy of Music in London, Vengerov and his mother followed him there. He also followed his teacher to Germany in 1987, and back to London in 1989. In 1990, Vengerov won the prestigious Carl Flesch Competition, and he first appeared in New York with the New York Philharmonic Orchestra in 1991. Vengerov signed a recording contract with Teldec, and appearing with leading orchestras and conductors, quickly established an international reputation. 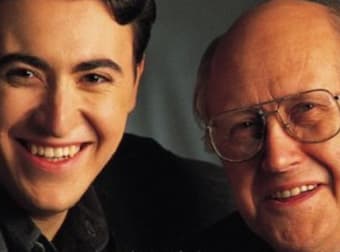 Vengerov counts Mstislav Rostropovich and Daniel Barenboim as his most important influences. “There were my mentors,” he explains, “and sometimes our meetings went far beyond technical issues. Rostropovich was like a musical father; he was so close to my heart…The thing that struck me was his humanity, and he transformed me into sort of a man of the world. Before meeting him, I was just a talented player that loved playing for audiences. We worked principally on pieces by composers that he had met and that he had friendships with. Those were Shostakovich, Prokofiev, Britten, Walton, and Stravinsky. Beyond that, we also recorded Beethoven, and he was convinced that he could feel what Beethoven was trying to say to him.” For Vengerov, Barenboim had a completely different approach. “He would view a piece of music as an instrumentalist, as a pianist, from the harmonic point of view, from the orchestration, coloring. The work was written in the past, but he would approach it as if he were re-working and re-writing the whole work from scratch. How many times has the Beethoven Violin Concerto been performed, since the concerto was written? But Barenboim would still find something very personal, something that is personal to him. I learned a lot from this approach.” Although he is highly successful as a violinist and conductor, Vengerov’s greatest passion is to teach and encourage young talent. Recently he has established an online music education website. “Online teaching,” he explains, “shall never replace live interaction between a teacher and student, but it is an incredibly effective way to support traditional learning and information exchange. It overcomes many different barriers, including geographic ones, making it extremely democratic.”