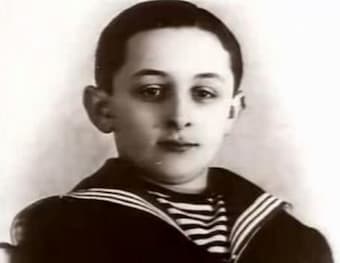 On his Russian tour in 1912, the fabled pianist Josef Hofmann performed twenty-one consecutive recitals, with each program different and no single work repeated. Since his recitals were sold out weeks ahead of time, the eight-year-old Vladimir Horowitz snuck into the auditorium and hid in a dark corner. “For the next two hours, he sat wide-eyed through his first recital, spellbound by Hofmann’s amazing fingers and by the velvety sound that the master coaxed from the piano in a program of Bach, Beethoven, Chopin, and Moszkowski.” At that time, Vladimir, or Volodya as he was affectionately nicknamed, had been taking piano lessons from his mother Sophie. She was not a professional musician but had studied at the Kiev Royal Music School. As Horowitz later explained, “I wasn’t a wunderkind, never. I had very intelligent parents—a very cultured papa and mama—and although I could perform, my father said no: Till he reaches maturity, I will not let him play.” His father Samuil had only rudimentary music training, and he earned a good living as an electrical engineer and distributor of electric motors for German manufacturers. However, his uncle Alexander had been the first professional musician in the family having studied both composition and piano with Alexander Scriabin at the Moscow Conservatory. 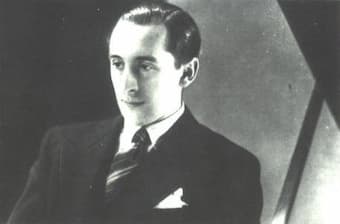 Young Volodya would sit for hours and listen to his mother’s playing, and when he took to the instrument “his small hands seemed to have a natural predisposition for the piano, one that allowed him to play his beginning scales and arpeggios easily and efficiently.” As a biographer writes, “his greatest gift was his innate and intense musicality, his capacity of becoming completely absorbed in the emotions engendered by music and his inclination to identify so closely with those emotions.” One of his cousins remembered him sitting at the piano with his feet barely touching the pedals, explaining as he played. “Now you see, the sun is shining and the birds are singing and everything is fine. At that moment his playing was soft and tender. Then he would become very agitated and scream, Boom, boom, boom! Now a storm, and it is going to rain.”

According to Horowitz, his first “two loves” were Edvard Grieg’s Lyric Pieces and Sergei Rachmaninoff’s Opus 3 and 10. Yet he soon explored the vast piano repertoire and his technical facility improved rapidly. As he later explained, “I cannot tell you how I learned technique any more than I can tell you how I learned languages. I only know that, in the music, I found out what the fingers had to do and I did it. Music was the only source.” 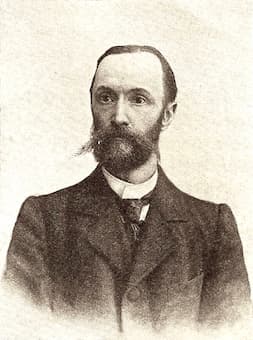 It was clear to his parents that young Vladimir was in need of formal conservatory training, and in September 1912, they enrolled their son at the Kiev Conservatory. In her youth, Sophie received musical instructions from Vladimir Puchalsky. Puchalsky, now the director of the conservatory, had been regarded as the finest teacher in Ukraine. However, when Volodya enrolled “he was old, hard of hearing, gruff and inflexible in his teaching methods.” As such, Sophie enrolled her son with Marian Dombrowski, second in seniority. When Puchalsky heard the news, he apparently went into a rage, “You were my pupil! And here you have a talented son and you dare enroll him in another professor’s class!” Sophie relented and enrolled her son in Puchalsky’s class. Horowitz later remembered his teacher, “The old man’s screaming never stopped. His teaching ability did not equal his virtuosity and he was not able to implant a love of the instrument in me so I undertook my daily compulsory exercises unwillingly.” 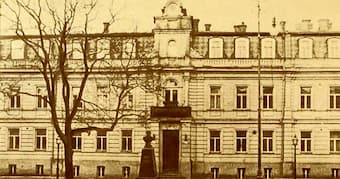 Puchalsky’s scathing method left its mark on the young pianist, and Volodya was always tense and did not enjoy playing in front of even a small group. Pulchalsky’s constant pressure forced his introverted student to retreat further into himself. A classmate remembers, “Volodya was a strange fellow—quite shy. In his personal appearance and playing, he was meticulous. He stood in front of a mirror endlessly, scrutinizing his appearance and patting his hair into place.” Puchalsky had been a student of Leschetizky, and he emphasized the importance of relentless technical drills with an arched hand position, flexibility in the wrists, and total relaxation of the forearm and shoulder muscles. Pulchalsky’s principle aims for the “production of a beautiful singing tone, a cantabile melody produced with the weight of the arm, and one that approximated the qualities of the human voice.” After two years of study with Pulchalsky, Volodya was taken to play for Scriabin. As he later remembered, “Scriabin was like a crazy man, sitting in his chair, very nervous and he probably hated me. And he sat very quietly and I played a few small pieces… When I finished, my father asked Scriabin what he thought of me, and Scriabin answered. ‘I don’t know how far he will go, but he has tremendous talent… he should not only play scales, but to be an artist, he must know many things.”