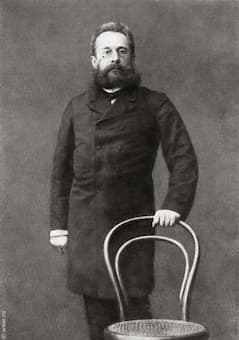 Throughout the history of music, a good many composers had been able to claim aristocratic lineage. Such is certainly the case with Sergei Rachmaninoff, born on 1 April 1873. His father Vassili Rachmaninoff, son of the landowner Arkadi Rachmaninoff and Varvara Rachmaninoff, nee Pavlova, was a captain of the Cavalry Guards, “and belonged to a distinguished family of the Russian landed aristocracy.” Their lineage traced back to the “Hospodars” Dragosh, who had founded the realm of the Molday and ruled over it for two hundred years. Arkadi Rachmaninoff, an officer of the St. Petersburg Guards had supported the enthronement of Empress Elizabeth, and he was rewarded with the estate “Znamenskoye” in the district of Tambov. Sergei’s father was said to have “great charm of appearance, being of medium size but very broad-shouldered, dark, with fine, quick, pronounced gestures, and endowed with unusual physical strength.” He resigned from the army at an early age and married Lyoubov Boutakova, the daughter of Peter Boutakov, commander of the Araktcheyev military college in Novgorod and his wife Sophie Litvinova. 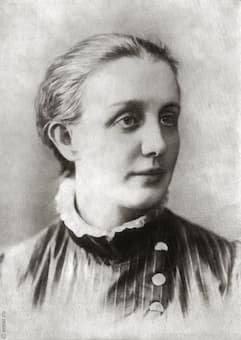 Apparently, Vassili was very musical, “but he used his talent only in order to fascinate a swarm of admiring society ladies with his beautiful touch on the piano when he played opera melodies and dance tunes to them.” He had inherited his musical talents from his father, “a calm, dignified, and gentle man who had fought in the Russian-Turkish War.” Arkadi had left the army early to devote himself to music. He was an exceptional musician and excellent pianist, “who had taking lessons with John Field in St. Petersburg. Without doubt, he belonged to “the highest rank of amateur musicians, a class of artists widely represented in Russia during the first half of the 19th century.” Sergei’s mother, Lyoubov Boutakova brought a rich dowry of five beautiful estates into the marriage, and the union produced six children. We still don’t know exactly on which of the two family estates Sergei was born, either Oneg, near Veliky Novgorod, or Semyonovo, near Staraya Russa. The birth was registered in the church of Staraya Russa, but he was raised in Oneg until the age of nine. 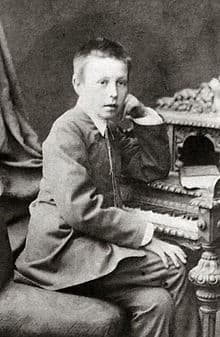 Rachmaninoff later reported on his early childhood, “My memory goes back to my fourth year… As I must have shown very early signs of a gift for music, my mother started to give me piano lessons when I was four. Soon afterwards, my grandfather on my father’s side announced his visit. My mother told me he was a great musician and wonderful pianist, and he would most likely wish to hear me play…When my grandfather arrived, I was placed at the piano, and while I played my little tunes, he added a beautiful and most involved accompaniment… My grandfather praised me and I was very happy… I must have made pretty good progress at the piano, for I recollect that already at the age of four I was made to play to people; if I was naughty my punishment consisted in my being placed under the piano…To be put under the piano seemed to me most degrading and humiliating.” 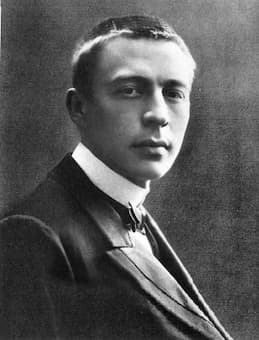 It was quickly decided that Sergei should have a formal live-in teacher, and they hired Anna Ornatskaya, a recent graduate of the St. Petersburg Conservatory. Sergei recalls, “Anna stayed with us for two or three years, but taught only the piano. I must have had other teachers as well, because I gained a fairly good mastery of the French language. After I was able to read and write, one of the punishments for a crime committed in school hours was that I had to write out the entire conjugation of a French irregular verb.” Rachmaninoff’s father had always wanted his son to join the military, “but had to sell the five estates one by one to pay his debts due to his financial incompetence and therefore couldn’t afford an expensive military career. “The last estate in Oneg was auctioned off in 1882, and the family was forced to move to a small flat in St. Petersburg.”

Only after, in Sergei’s words, “my father had gambled away and squandered the five beautiful estates, did he declare himself satisfied with the idea of a musical education for me.” Sergei was nine years of age when Anna Ornatskaya started to prepare him for the St. Petersburg College of Music. Not only did she procure a scholarship for her pupil, she was also adamant that he should study under her own teacher, Professor Cross. “To my happiness and her own satisfaction,” Rachmaninoff writes, “she succeeded on both accounts, for Professor Cross declared himself willing under the proviso that I was suitably prepared by Demyansky, a former student of his.” However, tragedy stuck, as in the very same year his sister Sofia died of diphtheria, and his father left the family for Moscow. His maternal grandmother helped to raise the children, and Rachmaninoff would suffer another personal tragedy in 1885, when his sister Yelena died at the age of eighteen. She had been an important musical influence, and had introduced him to the works of Tchaikovsky.